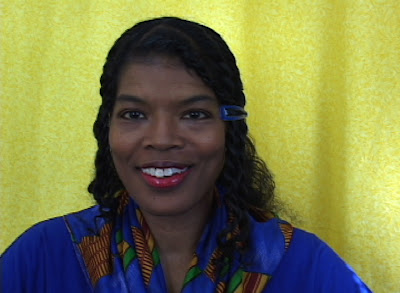 The first episode of “Playscale Crafting with Limbé Dolls” is slated to air on People TV (Comcast channel 24 in the Atlanta metro region) this evening at 8pm.  Since I don’t have cable, however, I won’t be able to watch it on TV and I know that many of you live outside the Atlanta area and won’t be able to receive the broadcast either.  Fortunately, You Tube now accepts videos longer than 15 minutes and thanks to the miracle of a high speed broadband connection, I was able to upload the half hour show in about 40 minutes.

The show is a compilation of tutorials that have appeared on this blog before interspersed with introductory comments from the host (your truly).  In television we refer to anyone who appears in front of the camera as “talent” whether they have any or not.  There is often a certain amount of tension between the production crew and the talent and I found this to be so even when I served as both talent and crew!  Unlike some divas, I showed up for the shoot on schedule and did my best to cooperate with the director, but getting my hair, make-up, and wardrobe to look right was a major effort.  I also tried the director’s patience a few times by fluffing my lines.

Producing the show was great fun nevertheless!  I have already taped the next two episodes and plan to air them in March and April.  Meanwhile I have new tutorials lined up for my weekly blog posts so stay tuned!  I hope you will enjoy episode 1: