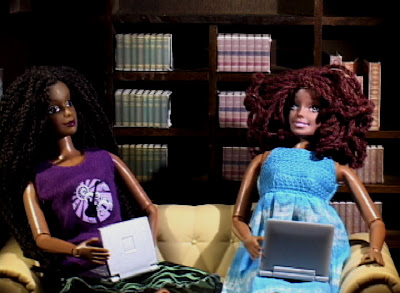 After a cold snap that dumped late April snow on some states, the weather turned balmy for the last week of classes, but Debbie and Vanessa haven't seen the light of day.  They have been holed up in the library putting the finishing touches on their senior thesis projects.

Debbie was a gift from Debbie Behan Garrett of Black Doll Collecting. 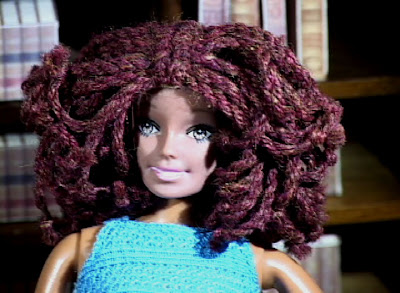 Vanessa was a gift from Vanessa Morrison of Van’s Doll Treasures. 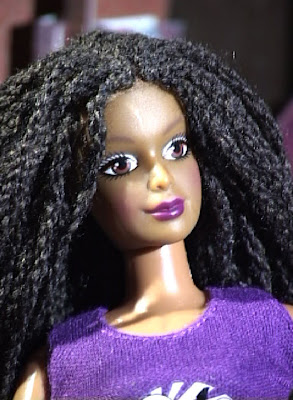 My doll friends know that I like clones because they add a wider variety of face molds to my collection.

These two dolls were originally on hollow plastic bodies.  Debbie came from the dollar store and Vanessa was a Chic Boutique doll who turned up in a bargain bin at a doll show.  They had to wait for more than six months, but this week I found a cache of dark-skinned Liv Alexis dolls on clearance at Toys R Us and was able to upgrade Debbie and Vanessa to fully articulated bodies.

As usual I replaced their original hair with hand-crafted wigs.  Vanessa got a mane of long, straight dreadlocks, 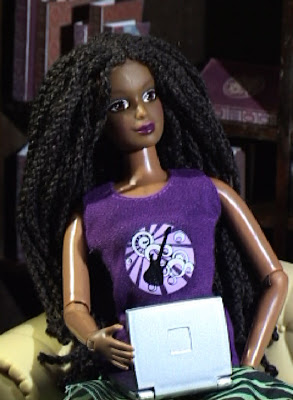 and Debbie got a curly mop of auburn locks. 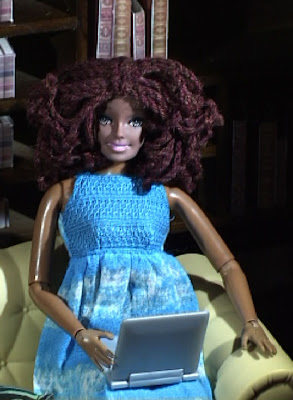 Now they are sure to make the Dean’s List!  Many thanks to Debbie and Vanessa for adding these fresh faces to my collection.

***
Due to the end of semester crunch there is no tutorial this week.

À Bientôt
Posted by limbe dolls at 5:06 AM