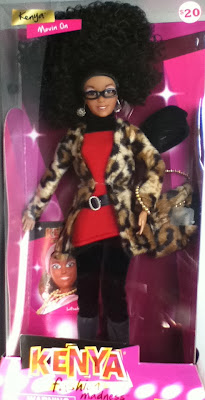 I had to squeeze my grocery dollars until the eagles grinned this week, but I was determined to redeem at least two of my Fashion Madness dolls from the layaway shelf in my closet.  Members of the Rock Star Madness band who represent Kenya and her friends were scheduled to appear at two local Family Dollar stores this afternoon so I knew it was time to do a post about these beautiful dolls. 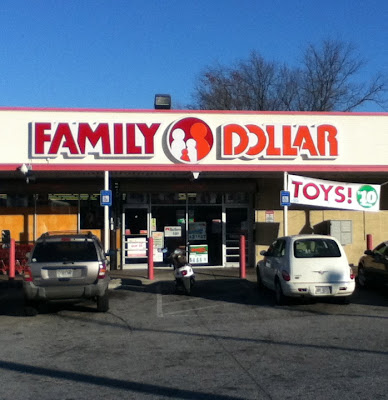 The Family Dollar location where I met the members of the band is just a few blocks north of Morehouse College, Spelman College, and Clark Atlanta University, a cluster of  institutions that have educated generations of African American leaders.  Thus it was extremely gratifying to see Family Dollar taking leadership in providing products that enable African American children to identify with positive images of themselves.  "Growing Up Proud" is the motto of the Kenya doll brand, so "Proud to Be Me" is the first single released by the Rock Star Madness Band.  You can download the song for free here.

I arrived a little before the performers and was pleased to see that the store had a plentiful supply of Kenya dolls right up front: 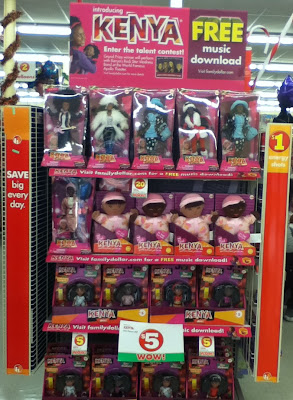 "I wish I had brought my daughter," said one man when he realized that the four talented artists were posing for pictures and signing autographs. 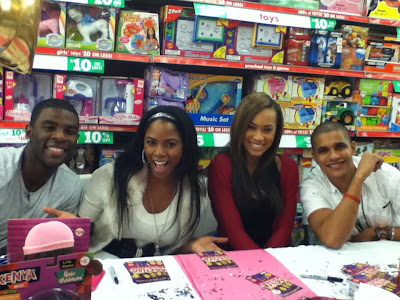 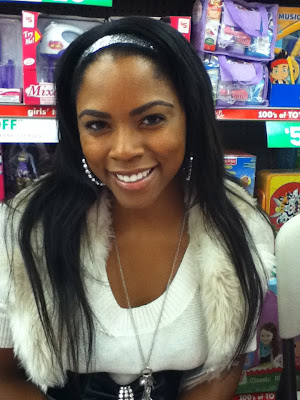 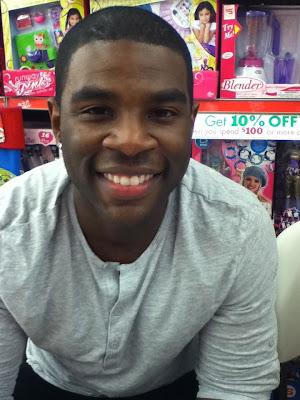 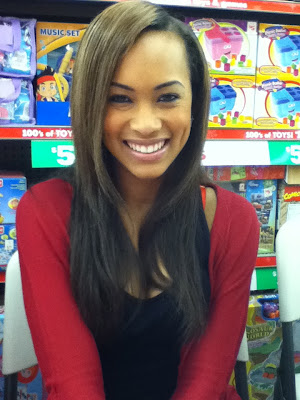 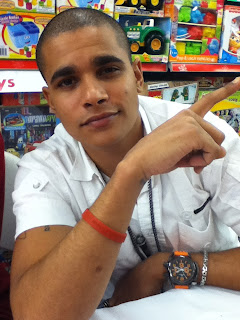 Atlanta was the last stop on this promotional tour, but aspiring rock stars can win a chance to perform with the band by submitting their versions of "Proud to Be Me" to the Kenya talent contest.

I brought the Fashion Madness Rock Star and Riviera dolls with me, but I plan to de-box them as soon as I can squeeze more money out of the grocery budget so the band members were obliging enough to autograph the back of my receipt instead. 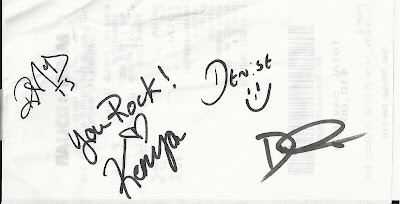 Korean war veteran, Donald Levine carved the first G.I. Joe prototype for Hasbro in 1963.  In 1975 he left to start his own toy company.  By molding an adorable face with African American features, Levine's company created a smash hit with its Kenya doll in 1992. Production ceased in 1996 due to a failed licensee change.  Fortunately Donald Levine and his son Neil have organized the Kenya's World, LLC to re-launch this historic brand and Family Dollar, one of the fastest-growing discount retail chains in the country, is offering four styles of Kenya dolls this holiday season.

African Americans have long been subjected to a multi-media barrage of negative images distorting their culture, history, and physical appearance so it is exciting to see Kenya's World using an innovative, three platform marketing approach that aims to create a movement with a message of respect, responsibility and educational growth.  In an interview with Julee Wilson of The Huffington Post, Neil Levine detailed plans for Kenya television programming, films, mobile applications, and music albums.  So with dolls like Kenya, role models like Shanica Knowles, and a variety of media images reflecting their multi dimensional beauty, another generation of little brown girls is growing up proud. 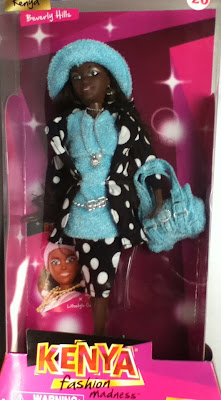 Now if they would just hurry up and release TJ and Dwayne!
À Bientôt
Posted by limbe dolls at 6:25 PM