The articulated SIS dolls decked in Baby Phat fashions have vanished from my local Walmart and Target stores, but this week a new wave of SIS dolls hit the shelves. 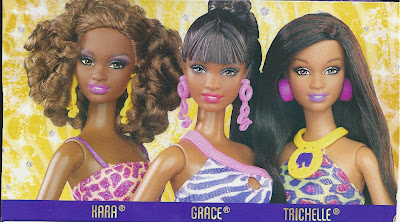 Target priced them at $8.99 -- still too much for a doll with rigid knees but in-line with the manufacturer's suggested retail price.  This time Barbie's homegirls from Chicago aren't sporting designer labels, still their fashions present some novel variations on the animal print themes that have been popular of late.

Kara wears a sundress made up in a pink giraffe print.

Although she still brightens her hair as if to compensate for her darker complexion, the color is not as brassy as some of her earlier dye jobs. 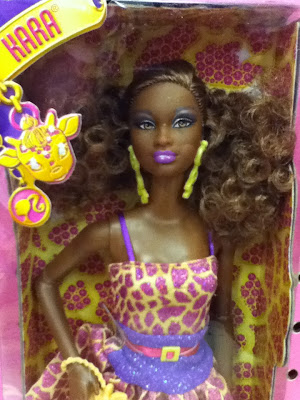 The bouncy curls show a more playful side of her personality.


Grace also appears more lighthearted in a purple zebra print dress that leaves one should bare.

The keyhole neckline was not evenly stitched on every doll, but with her "I Dream of Genie" bangs and high ponytail, Grace can probably make many little girls' dreams come true. 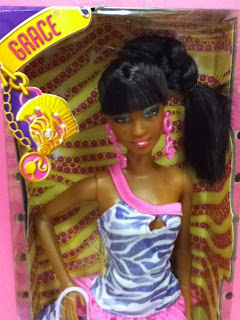 Trichelle was missing from the articulated Baby Phat line up -- she must have been stuck in the make-up trailer since she has emerged with an appealing new face screen.

Earlier versions of Trichelle had side-glancing eyes that often made her seem hard and even a bit underhanded.  The new Trichelle meets the world head on with a fresh, doe-like gaze. 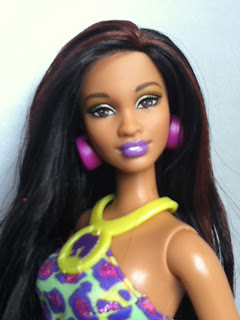 Trichelle's purple lipstick coordinates well with the unusual purple, green, and sparkly pink palette of her leopard print dress, but probably won't compliment many other outfits. 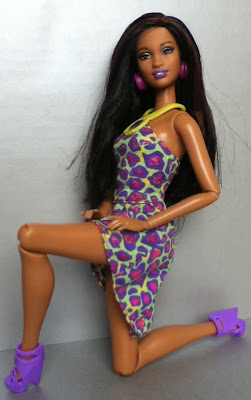 In earlier SIS waves, it seemed Mattel thought Trichelle was the only one light enough to risk leaving some texture in her hair.  While I miss her curls in this incarnation, I like her auburn highlights. 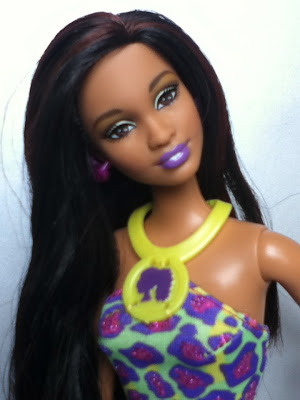 I did not like her "johnny one note" pose, however. 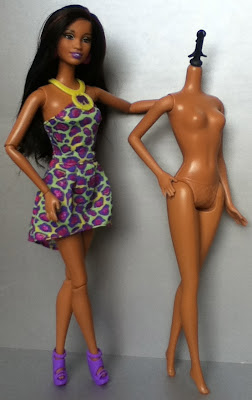 Fortunately I was able to upgrade her to an "I can be an Olympic skater" body, which is an exact match for her skin tone.  Since it lacks the pivotal torso and knees of the Fashionistas, it puts Trichelle on par with the other "articulated" SIS girls. 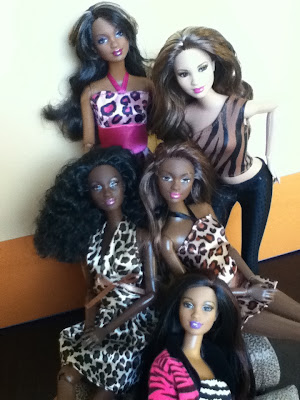 Now if the supply chain would catch up to the demand for SIS dolls, I would be utterly mesmerized.

À Bientôt
Posted by limbe dolls at 5:53 AM