Hell week, dead week, and now finals.  Grace is trying to revive herself with an infusion of caffeine. 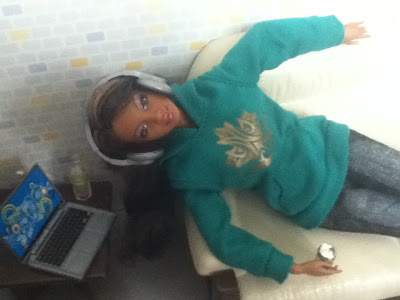 She thinks maybe stretching will get the blood circulating enough to re-oxygenate her brain. 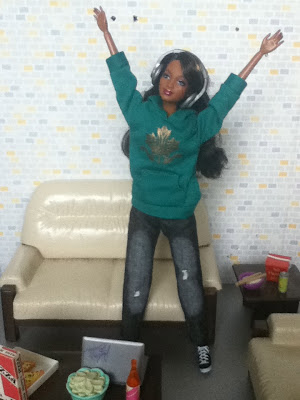 The suite mates have all been too busy to keep up with laundry so Grace is scraping by in jeans and a hoodie that were hand me downs from her brother.  She collapses back on the couch as Soraya breezes through. 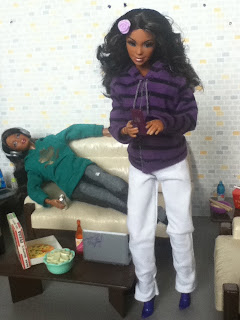 Soraya is texting her study partners to find out where the review session is. 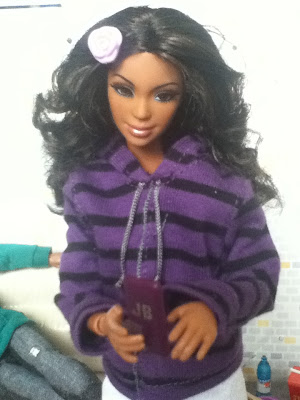 "A girl may be reduced to wearing her roomate's brother's old clothes but she should still take the time to fix her hair," thinks Soraya.  Besides, the cute guy she has had her eye on all semester is joining her study group and she wants to make a good impression.

Kara also believes in looking her best.  She made her boyfriend lend her this outfit so she would have something to wear to her exam this morning.  Only fair since she spent the night before helping him write a twenty page research paper. 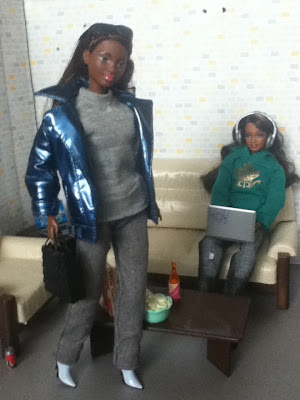 He doesn't know it yet but he's not getting the jacket back. 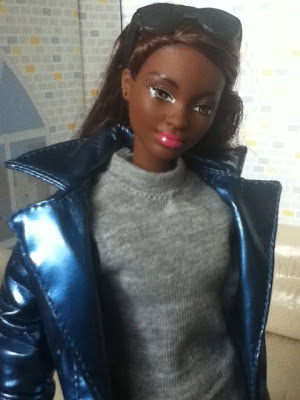 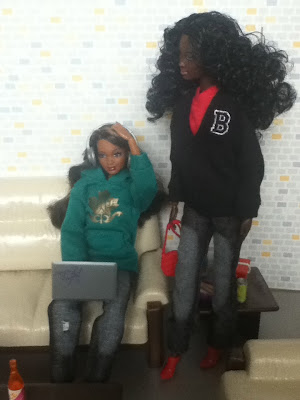 "I thought you said you had an A- average going into this exam.  You'll pass with flying colors.  You just have to believe in yourself." 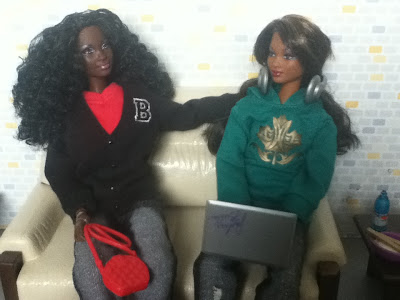 Easy for Chandra to say.  She's wearing her father's old letter sweater for luck.  "Maybe I should get a rabbit's foot or something," thinks Grace.

Sometime later Marissa sees that Grace has passed out so she tips quietly through the lounge. 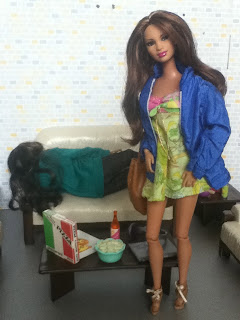 It was a beautiful spring day when she left the suite so she put on a colorful sundress.  Then the wind started blowing and it got so cold her boyfriend made her take his jacket so she wouldn't catch a chill on the way home.  "Such a gallant gentleman," she smiles to herself. 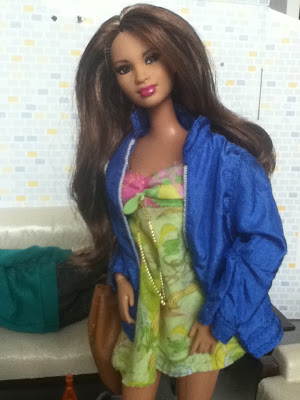 "What time is it?" yawns Trichelle. 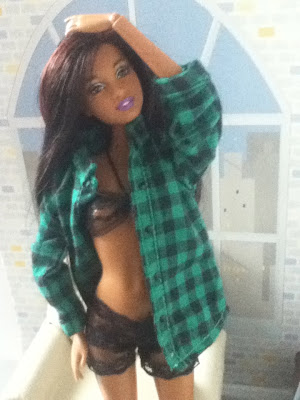 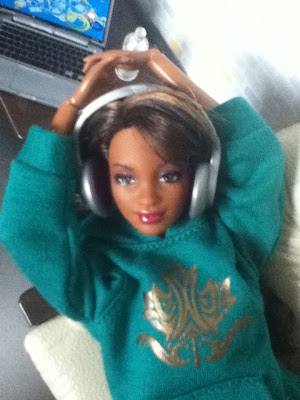 Trichelle may have been up all night but it doesn't look like she was hitting the books.  Now it's time to pay the piper. 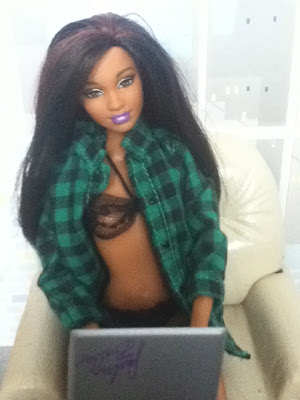 ***
I have to turn in my grades by noon this Sunday but I've been playing hookey.  Today I went to Walmart and found a cache of Justin Bieber dolls on clearance: 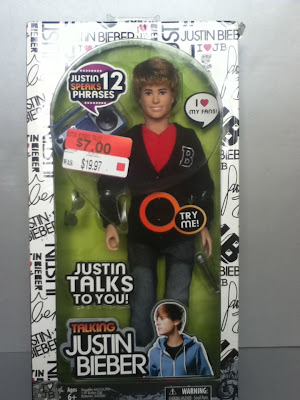 I don't have much use for even one Justin Bieber let alone the six that came home with me, but the wardrobe department insisted this was a prime opportunity to build up the menswear collection.  Unfortunately the ladies grabbed everything before the fellas even got to try it on. May be once exams are over the guys will get their chance.