We wear the mask that grins and lies,
It hides our cheeks and shades our eyes,--

observed Paul Laurence Dunbar on the conditions of life in the Jim Crow era.  While Dunbar achieved fame and financial success for dialect poems such as "When Malindy Sings" and "Little Brown Baby" that represented the speech of ordinary African Americans, he had difficulty winning critical appreciation for his literary works in Standard English.  Writing in the early 20th century, he felt trapped beneath the minstrel mask that the larger society expected a black man to wear.

Later African American writers made more in depth explorations of identity and social masks in novels featuring light skinned protagonists who debated the ethics of passing for white in order to access greater social and economic opportunities.  In the 1980s, feminist criticism of Nella Larsen's Passing (1929) noted a lesbian subtext in the story and suggested that Clare and Irene were not only passing for white, they were also passing for straight.  Queer theorists subsequently proposed that all identity constructs are performances of some sort.  For example, for most black women, decisions to artificially straighten our hair or wear natural texture hairstyles are a complex negotiation of identities.

When I decided to make a video based on Passing, the lesbian subtext proved more relevant for a 21st century adaptation.  Now that the Supreme Court has ruled marriage equality is a civil right for all citizens, perhaps we will all be able to take off our masks and make more authentic choices in our lives. 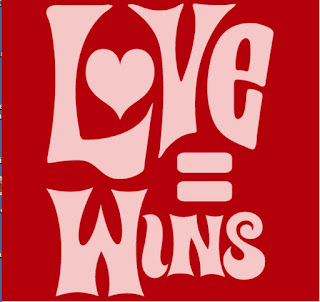