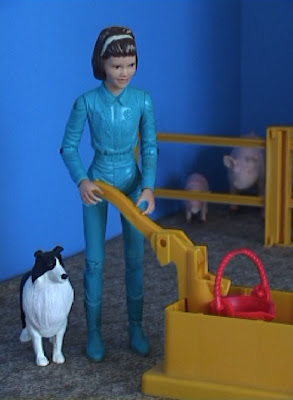 “Can’t see why she can’t just take a dip in the creek like we always do,” fumed Janice.

“Janice!  Quit dawdling,” called Jane from the kitchen door.  “I need at least three more buckets of water and you still have all your other chores to do.” 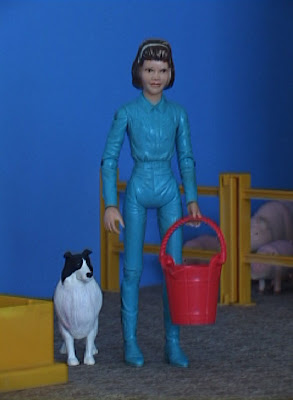 “Coming,” said Janice “How come she all of a sudden takes a notion to wash her hair and take a hot bath before we go to town?” she muttered to Shep. 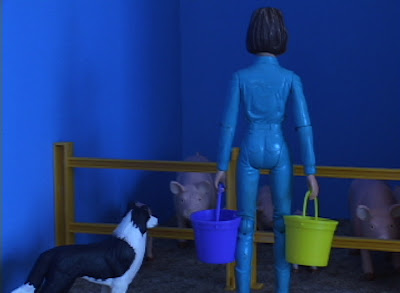 As soon as Janice poured the last bucket of water into the big wash kettle, Jane sent her back out to slop the hogs.  Last year a shoat she raised from a bottle had won first prize at the 4H club fair.  Miss Lillian had grown into a fine sow and now her first litter looked they might garner at least one more blue ribbon. 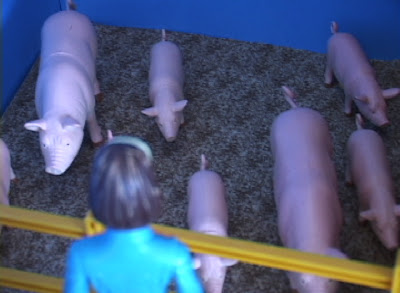 “Janice!  Have you let the sheep out to pasture yet?”  Jane hollered from the kitchen.

“I’m getting to it.”  Said Janice, crossing the barnyard to open the sheep pen. 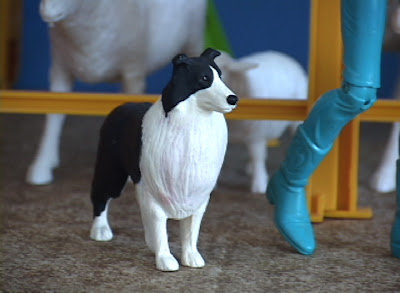 Shep helped heard the ewes and lambs in the direction of the pasture, 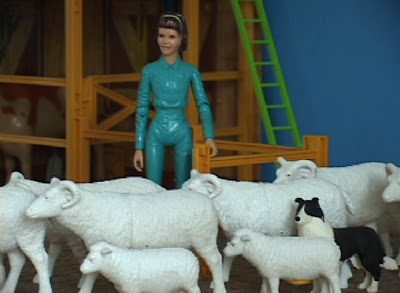 but Janice diverted one of the lambs for a cuddle.  She loved most kinds of critters but the lambs were her favorites next to horses. 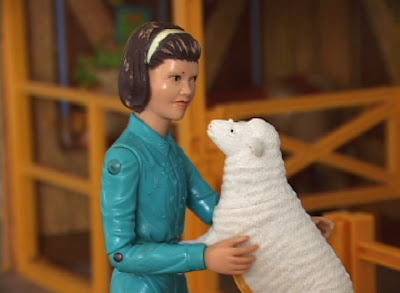 “Come on, Janice, I can't wait all day on those eggs."

Janice trotted back to the kitchen to pick up the egg basket.  “I promised Mrs. Winters I would bring her two dozen to hatch this afternoon so I’m gon’ have to test ‘em all with a candle to see if they're quick,” continued Jane, shooing her sister back out the door. 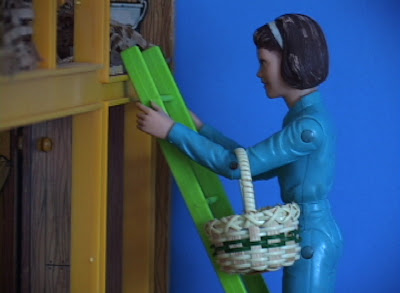 “She sure is testy this morning,” thought Janice as she mounted the ladder to the hayloft where the hens liked to hide their eggs.  Of course most women seemed to get testy or weepy at least once a month, but it seemed like Jane’s time had only been a week ago.  Besides, it was bad luck to wash your hair during your “time.”  Janice wasn’t sure what “your time” entailed but there had to be something else bothering Jane, she thought as she discovered another egg tucked away in the straw and carefully transferred to the basket. 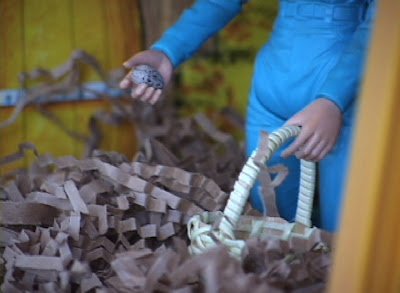 Just then Jenny, the barnyard cat slunk in dragging a dead rat.  She deposited the rodent at Janice’s feet and perched on top of it expectantly. 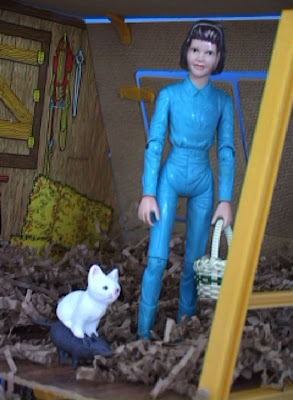 Janice set down the basket of eggs and knelt down to scratch Jenny behind her ears.  “Great day in the morning!  That varmint is almost as big as you are!” she exclaimed, praising Jenny’s prowess as a rat-catcher. 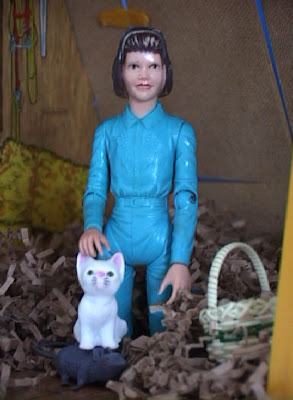 “How long does it take to gather a few dozen eggs?”  called Jane.

“I’m on the way down,” replied Janice. 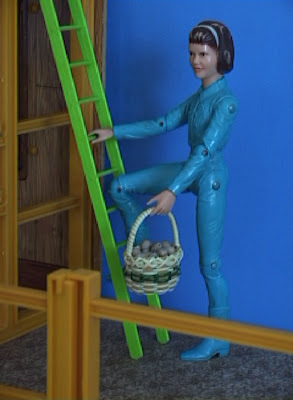 But as she started back towards the kitchen, Mr. and Mrs. Doodlecock decided to take their family for a morning constitutional. 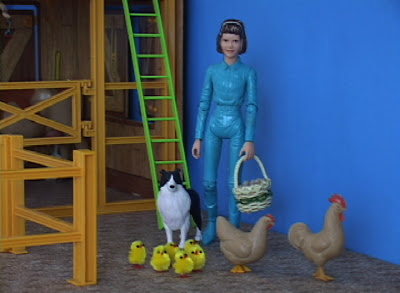 Shep gave a low growl.  He and Mr. Doodlecock were not the best of friends.  Mrs. Doodlecock, however, was the best setting hen on the ranch.  She had recently hatched a fine brood of chicks 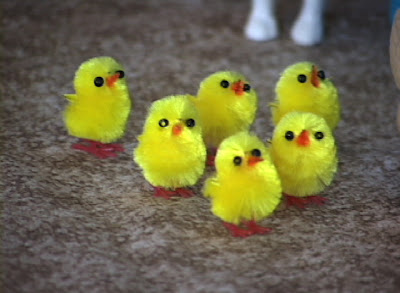 and Janice couldn’t resist picking up one of the little yellow fluff balls. 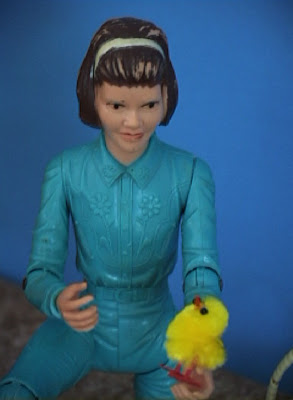 Instantly the senior Doodlecocks turned to protect their offspring and started pecking Janice on the leg. 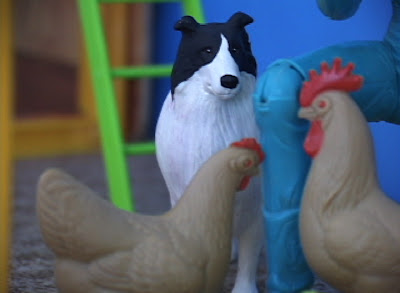 The junior Doodlecocks began cheeping in distress and Shep barked menacingly at Mr. Doodlecock who was kicking at Janice’s boots with his spurs.  Janice was forced to relinquish the chick. 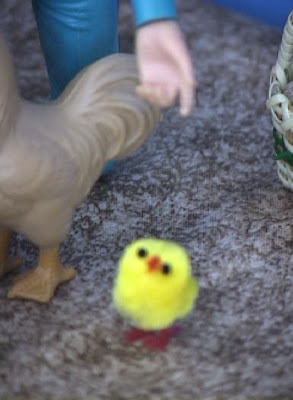 Then Jane stepped out into the barnyard asking “What is all that commotion?  Hand me those eggs before they get broken and get on with the milking.  I’ve got three customers looking for butter this afternoon so we’ve got some churning to do if we’re going to make the picture show.”

“Oh yeah, the picture show.  Maybe that’s why she’s so impatient” thought Janice as she opened the gate and greeted Dilcey, the cow. 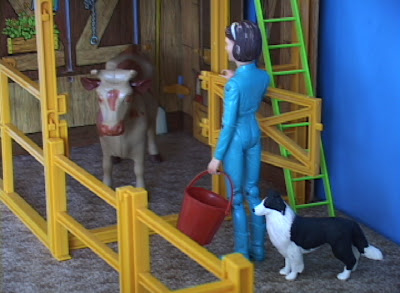 “Maybe there’s a new Mary Pickford."  They had been to see “Tess of the Storm Country” about six times. 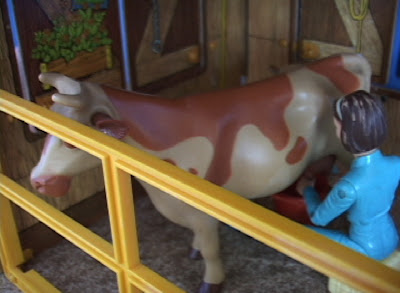 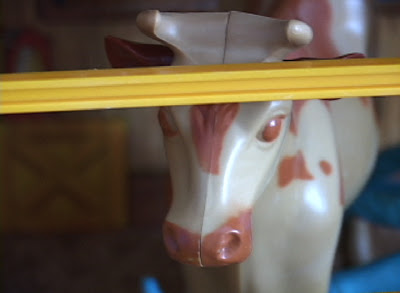 Pigs had shoats, sheep had lambs, hens laid eggs that hatched into chicks… Janice couldn’t get anyone to tell her where human babies come from but she had watched Jenny give birth to her last litter and imagined the process must go something like that.  Come to think of it, Jane was acting as skittish as Jenny had when she was “in heat,” whatever that meant. 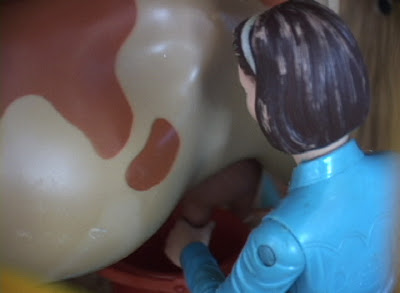 Maybe Jane was fixing to have a baby.  Only Janice had the idea that having a husband had something to do with where babies come from and Jane didn’t even have a beau.  But she had danced three times with that stranger at the barn dance last month.  Maybe Jane was looking for a beau, Janice decided.  She raised the pail of milk and balanced it on her head like the bare-breasted women she had seen in the National Geographic Magazine. 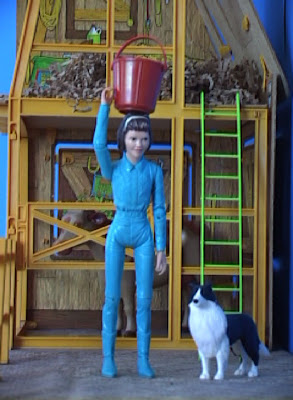 Pa had caught her looking at it and had confiscated it even though it belonged to Sue Jean Larson, her best friend at school.  He had said such trash was only fit for the fire, but Janice found it later when she was dusting his bedroom.  Janice didn’t have any bosoms yet but she knew that human babies suckled like calves so maybe pictures of half-naked ladies had something to do with where babies come from.

“Janice West!” cried Jane.  “What do you think you’re doing?  If you spill airy drop of that milk I’ll warm your britches so good you won’t be able to sit down for a week!” 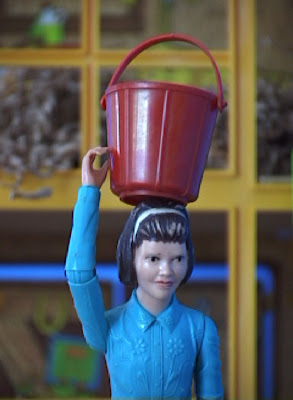