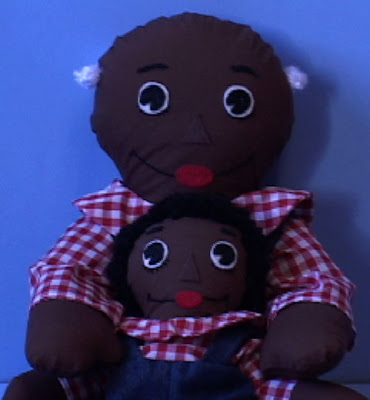 Despite my initial negative impression of the Crescent City (see Gambina Dolls Protest), I enjoyed living in New Orleans from 1996-2005.  Still, for most of that time I avoided the French Quarter because I couldn’t stand the pickaninny dolls, mammies, and watermelon-eating coons grinning at me from every other shop window.  More than once I got thrown out of shops for voicing my objections to the sale of those dolls.  Finally, in January of 2004 I made a series of Raggedy Ann and Andy characters so that at least within my own home I could counter the negative images of African Americans projected by all the “pickaninny” dolls for sale in New Orleans’ French Quarter. 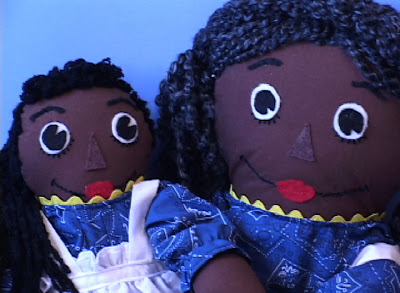 I had always believed that Raggedy Ann dolls were a product of American folk culture, but a few years ago I learned that the Raggedy Ann character was created by cartoonist and illustrator, Johnny Gruelle.  Gruelle patented his design for the original doll in 1915.  He followed up with Raggedy Andy in 1920. 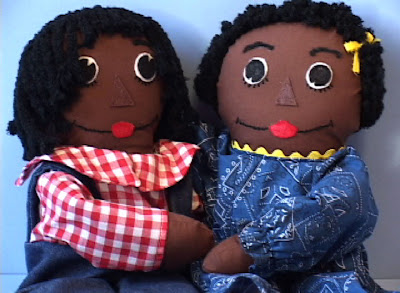 I used a licensed pattern to make my “Rasta Ann and Andy” dolls and their clothes but added my own interpretation to their faces and hair. 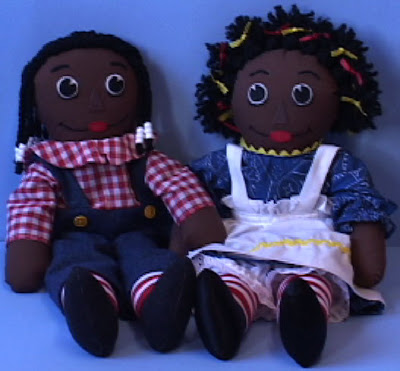 Like family, these smiling faces greet me first thing when I wake up in the morning and comfort me before I turn over to go to sleep at night. 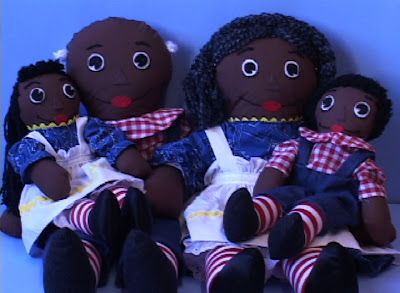