According to oral history in my mother’s family, one of our ancestors bought his freedom by hiring his time as a cobbler.  After Emancipation, his descendants worked primarily as farm laborers, but his shoe-making skills remained in the family for over 100 years.  When my mother was growing up in the 1940s, she had a pair of oxfords that she did her best to wear out because she wanted a pair of patent leather mary janes instead.  Unfortunately, every time she thought the hated shoes were beyond repair her grandfather would show up and fix them.

I didn’t have the opportunity to directly observe elders practicing this craft, but shoe-making must be in the blood because in high school, I started making footwear from original patterns.  Someone had given us a book of vinyl wallpaper samples and I made all kinds of accessories from them including tote bags, hats, and this wallet: 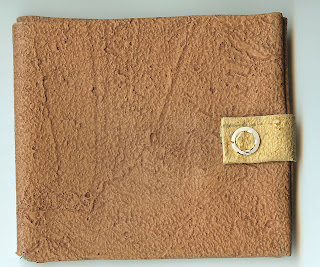 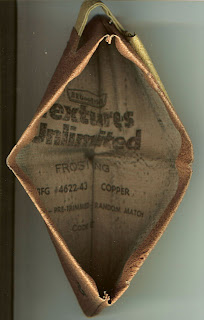 I also used the pages with flocked arabesque designs to make slippers for all my school friends as Christmas presents.  That same season I was cast as a Hora dancer in our annual Christmas concert.  We were all supposed to wear tall black boots but I didn’t own any and since my parents refused to buy them for me, I decided to make them myself.  I bought some polyvinyl “leather,” cut out pieces of plastic carpet runner for the soles, and got my father to cut the heels out of blocks of wood.  The end result was rather crude but they served well enough as a stage costume and held up through the rigors of the dance.

I haven’t made any human sized shoes in over thirty years but in honor of my cobbler ancestor I am proud to present the first in a series of tutorial videos on making 1:6 scale shoes for dolls:

À Bientôt
Posted by limbe dolls at 5:23 AM