As a side benefit of making the threaded hairstyle wig featured last week, I developed a new technique for attaching locks to the wig cap which enabled me to create this Bantu knots style. 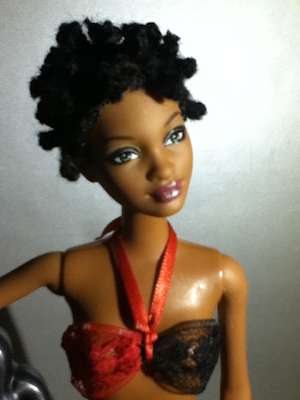 Grace had been languishing in a corner for months so she jumped at the chance to model it. 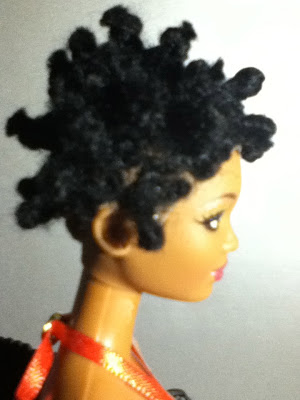 I've been using Grace as a fit model for new lingerie designs.  She just hadn't gotten any camera time.  This bra and panty set started as a variation on the hip hugger briefs I made last year: 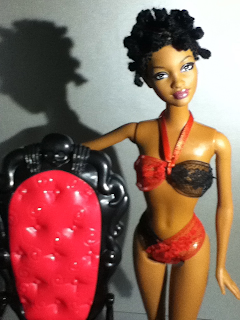 The rear view is more daring than the original pattern: 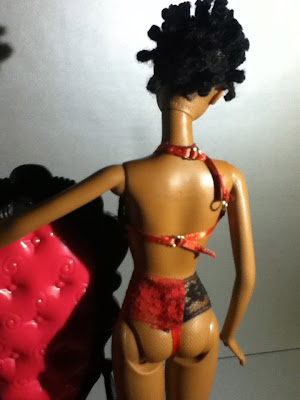 ***
While I was on the red and black theme, I remembered another lady who has been languishing for over a year: 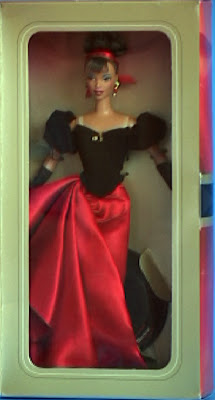 Although I have purchased many doll-related items on eBay, I had never sold anything there so one of my 2011 New Year's Resolutions was to sell an item on eBay.  I chose a doll that I wasn't attached to -- Winter Splendor Avon Barbie. 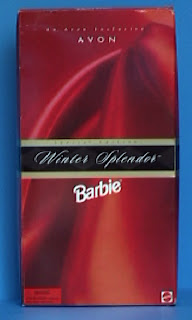 I always felt that the blue eyeshadow was a trick intended to make her eyes look blue and downplay the fact that she is a woman of color.  Indeed some of the sellers appeared not to be aware that she is a black doll or they were trying to help her pass for white. 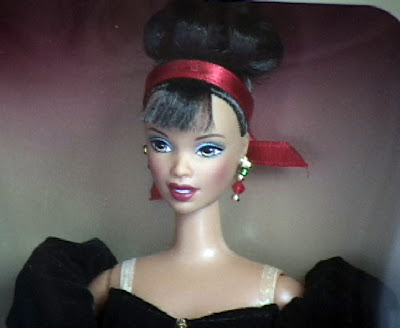 In  Black Dolls:  A Comprehensive Guide to Celebrating, Collecting, and Experiencing the Passion (2008), Debbie Behan Garrett values the doll at $60 but some sellers wanted as much as $120 for her despite the fact that there were pages and pages of listings for this Avon lady.  After watching the ones that sold for a few weeks, I calculated that the actual market price was about $10.  The gown was worth that much to me so I stripped the doll and gave the gown to an Integrity Toys lady who carries it with more flair: 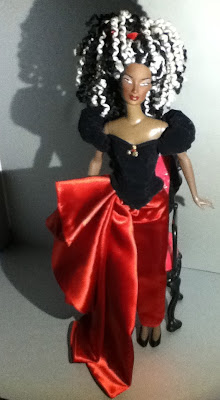 The Goth wig topped it off perfectly: 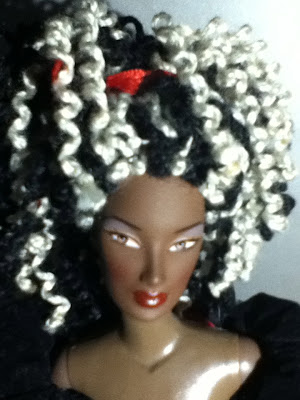 I still haven't sold anything on eBay.  I always seem to find a way to recycle cast offs within my own collection instead.