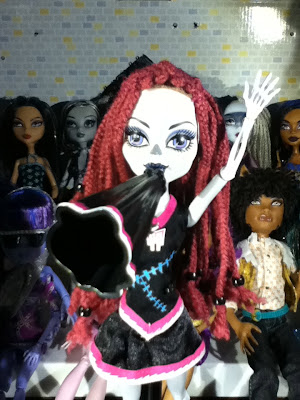 Most of the school had turned out for the first casketball game of the season.  The exotic new girl, Robecka Steam 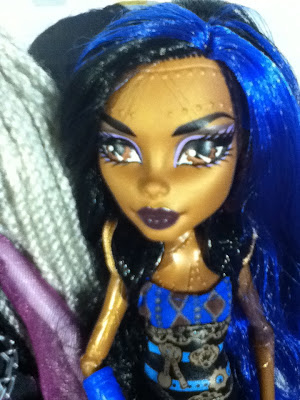 seems to have made friends with Llorona Samedi. 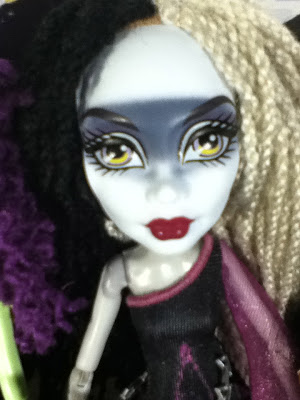 They sat together on the end of the top bleacher while Llorona's younger sister, Pomba Gira exhorted the crowd -- "Give me an O!" 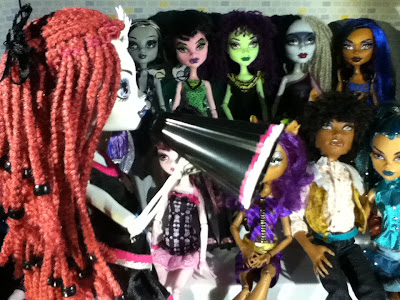 Shenzi Demeter watched intently.  Although she comes from a long line of Roma fortunetellers, she was not able to forecast the outcome of the game. 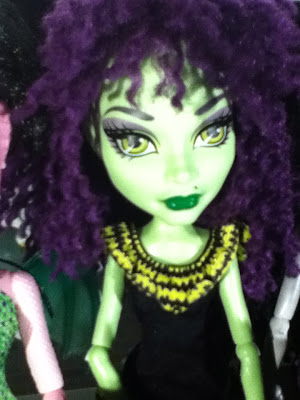 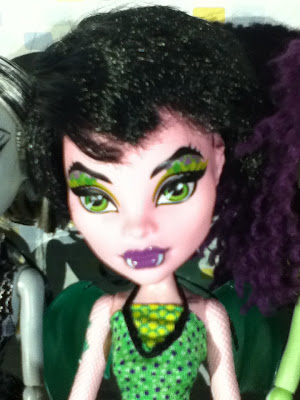 "Give me an N!" cried Pomba Gira 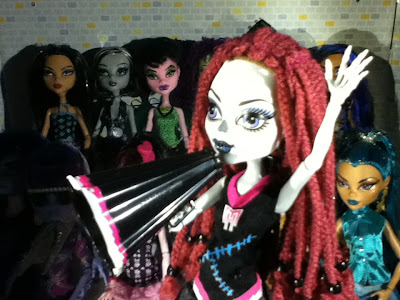 Rumor has it that Mei and Frankie Stein are an item 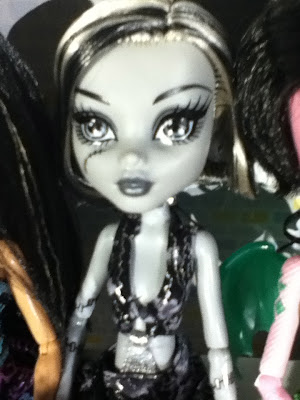 However Cleo de Nile who sat next to them through the whole game saw no evidence to confirm it. 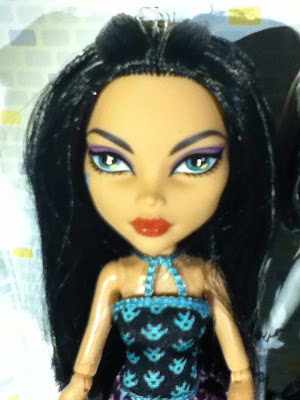 There were some well-established couples sitting in the front row.  True to his feline nature, Uturuncu obviously has a taste for seafood.  He finds Padmavati the sea creature irresistable. 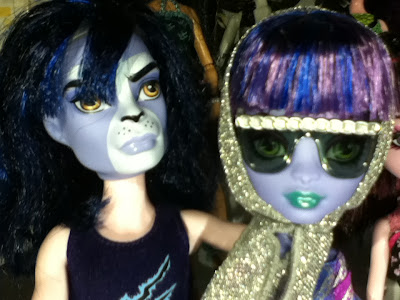 "Give me an S!" shouted Pomba Gira as Claude Garoul and Nefera de Nile looked on. 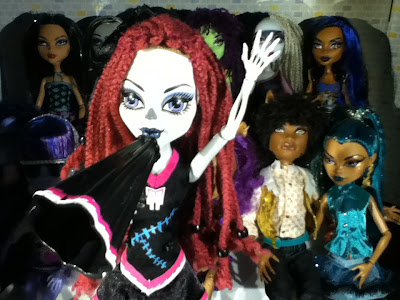 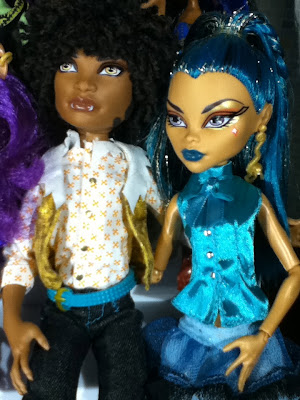 "Give me a T!" but Draculara tried her best not to look in that direction. 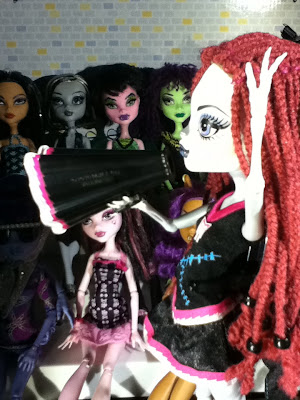 She still wasn't over the break-up with Claude. 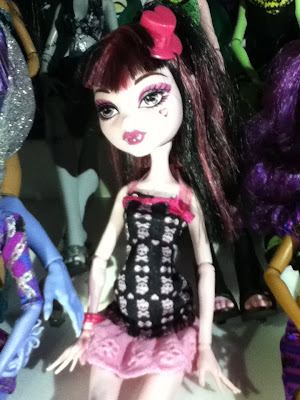 Claudine had begged off early from her shift at the Coffin Bean cafe so that she could support her BFF in her time of need. 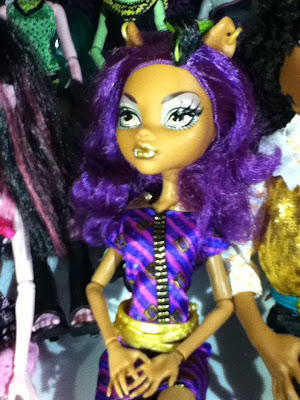 Yet Draculara remained wistful and forlorn. 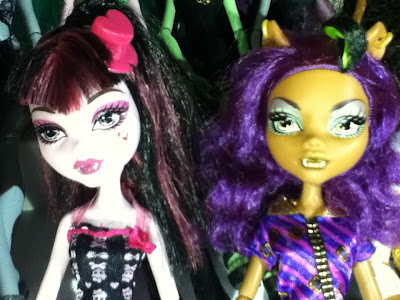 "Give me an E!  Give me an R" yelled Pomba Gira when star center Rocky Goyle scored another goal. 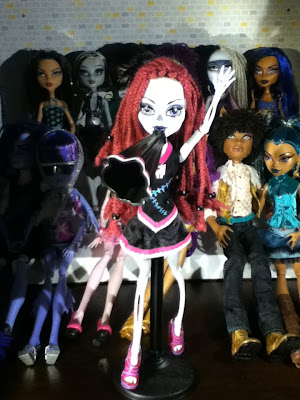 Personally Claudine couldn't see what her brother saw in that mummified heifer. 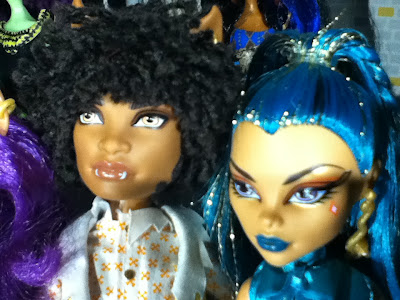 But then, she couldn't see what Rocky saw in boney old Pomba Gira either. 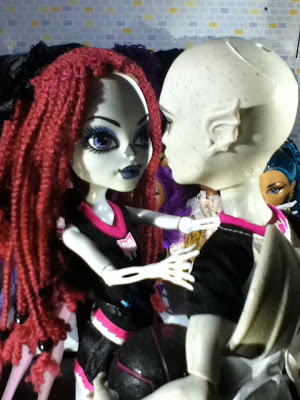 "We desperately need some more guy ghouls in this school," she thought. 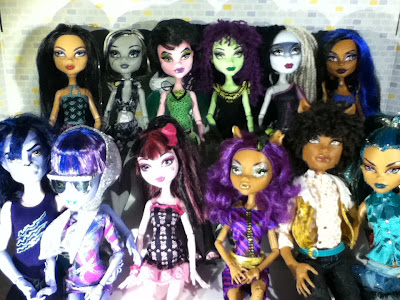 À Bientôt
Posted by limbe dolls at 3:40 AM