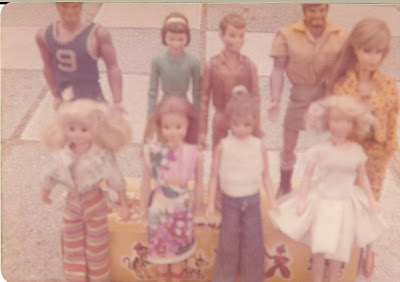 Up until the 1950s, heavy muscles were associated with working class men who did hard physical labor for a living.  While weightlifting made its debut as an Olympic sport in the 1896 summer games in Athens, and professional strong men like the Great Sandow began attracting audiences on the vaudeville circuit in the early 20th century, for most middle and upper class Americans, the ideal male physique was lean and defined but not bulked up.  By 1951 body builder Jack Lalanne was preaching about the benefits of nutrition and exercise on national television and in 1956 after American youth were rated as less fit than their peers in Europe, President Eisenhower established The President’s Council on Fitness, Sports, and Nutrition.  Through the 1960s, however, body building bore a stigmatized association with gay men.  The practice of using anabolic steroids to increase muscle mass added to the unsavory reputation of body building.  Thus, while the original GI Joe had a more robust physique than Ken, he was still a lightweight compared to Big Jim, despite his superior height.

Mattel first released their muscle man in Europe in 1972 as Mark Strong. Then they brought him to the U.S. market as Big Jim.  Big Jim came stripped to the waist wearing only a pair of orange track shorts.  Instead of guns, his accessories included barbells, a muscle band that his biceps would burst when you bent his arm, and a karate board that he could chop in two when you pressed a button in his back. 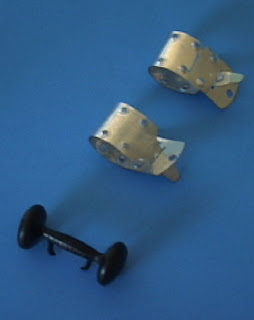 While Big Jim and his friends were only 10” tall (ours were enrolled in junior high school), his physique was a significant departure from Ken’s slim and elegant Ivy League look.  He had a thick neck, rippling biceps, and bulging chest muscles. His broad shoulders tapered to a wasp waist, but his sturdy calves and thunder thighs were corded with muscles and his abs were ripped like a washboard.

Big Jim was in production from 1972-1986, a period that saw great changes in how society defined gender roles and masculinity.  In this era Arnold Schwarzenegger won six consecutive Mr. Olympia titles (1970-1975) and made a successful transition to the silver screen, attracting wide popular notice in the 1977 documdrama, Pumping Iron and then landing his breakthrough role as Conan the Barbarian in 1982.  By the end of the Big Jim’s production run, Schwarzenegger had appeared in his signature cyborg role in James Cameron’s apocalyptic 1984 science fiction film, The Terminator.

While play sets for the Big Jim and GI Joe action figures of the 1970s featured sports and scientific exploration themes, the Terminator films offered viewers an almost pornographic spectacle of violence, much of it directed against women since the cyborg’s original mission was to “terminate” Sarah Conner before she could give birth to the messianic human rebel leader, John.

As The Terminator was gaining cult status on video cassette, Hasbro bought the distribution rights to cyborg toy molds created by the Japanese company, Takara, and began marketing them in the U.S. as Transformers.  These figures had even more exaggerated, muscle bound physiques than Lou Ferrigno in the role of the comic book character, the Incredible Hulk.  Hasbro had phased out the 1:6 scale version of their flagship figure, GI Joe in 1976, but between 1982 and 1994, Hasbro produced over 500 different 3 ¾” GI Joe figures and 250 vehicles and play sets.  Thus, in the Reagan-Bush years action figures got beefier but significantly smaller and they shared none of Big Jim’s exhibitionism since their clothes and/ or body armor were usually molded on.