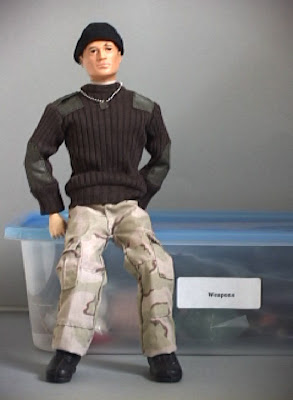 Little white crosses and their rows are so long. How will it end if you don't know it's wrong?

Little play soldiers never know why, we love them and kiss them and then send them to die.  – “Little Play Soldiers” by Martin Cooper

A few weeks after the 9/11 terrorist attacks, I walked into my local Toys R Us and was shocked to find that the G.I. Joes and war toys had displaced the Barbies from the front of the store.  When I watched the Twin Towers fall on TV that fateful morning, I knew that our country would plunge into war and I mentally reviewed the list of men I loved to see if any were eligible for the draft.  When I got to campus later that day, some of my young male students were fighting mad and ready to enlist and avenge our country’s honor on the spot, but I grew up in the era when young men were burning their draft cards and anti-war protests frequently impeded the drive to my Saturday morning ballet class in Washington, D.C.’s Dupont Circle so it was hard for me to stomach this sudden turn to jingoism. 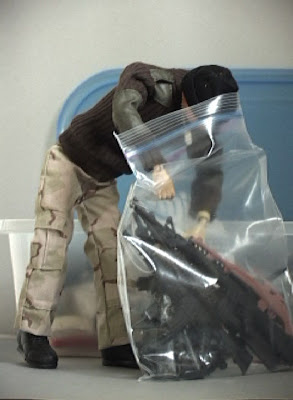 One day when I was about five years old, (circa 1967 or ’68), my parents solemnly gathered up the arsenal of toy guns we had accumulated in our short lives including the cap gun and the shiny, pearl handled pistols that came with our Sears and Roebuck cowgirl and cowboy costumes and confiscated them all.  In addition to the increasing groundswell of protest against the Vietnam War, they may have been influenced by a growing movement among American parents to stop the proliferation of war toys. 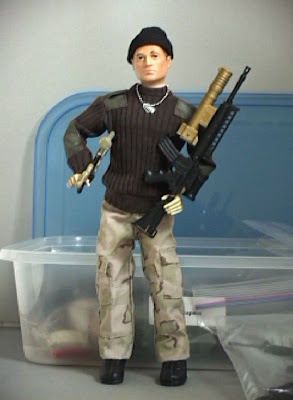 According to the entry on “War Toys” in Culture Wars: an Encyclopedia of Issues, Voices, and Viewpoints Parents for Responsibility in the Toy Industry made their debut in 1964.  One of their first actions was staging a protest at the American Toy Fair in New York City against violent toys such as Hasbro’s newly released GI Joe action figure.  Two years later, a group of mothers demonstrated at the toy fair dressed in Mary Poppins costumes with the slogan “Toy Fair or Warfare” emblazoned on their black umbrellas.  Similarly, “the Children’s Peace Union, founded by a fifth grader, demonstrated in front of a department store on Fifth Avenue in New York City carrying signs that read, ‘War Toys Kill Minds’ and ‘Constructive Toys, Not Destructive Toys.’ (Culture Wars)”  Then in 1969, another parents’ group – Parents Against the Encouragement of Violence” staged a protest at the Toy Fair. 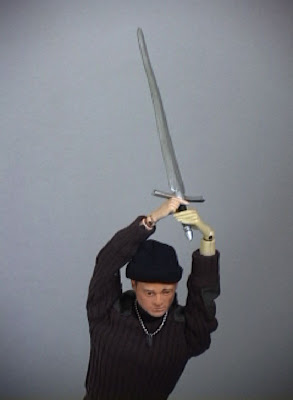 Swathmore College Peace Collection holds the records of the Public Action Coalition on Toys, a non-profit consumer group organized by Ralph Nader’s staff,   “to encourage the development of safe and sensible quality toys, and to discourage the production of toys that injured, exploited, or limited a child's growth, safety, or welfare.”  The Public Action Coalition on Toys united an impressive roster of groups “that wanted to lobby the toy trade to make more socially responsible decisions regarding their products” including: 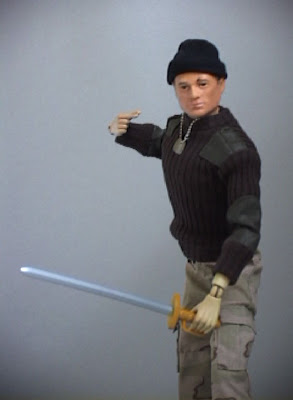 The “Historical Background” on Swathmore’s collection of PACT documents notes that the member organizations “believed that toys were not merely playthings, but held an important role in advancing the social, emotional, physical and intellectual development of children, and that adults must make certain that toys were safe, non-racist, non-sexist, non-violent, and imaginative.”  In the face of such widespread opposition, Sears stopped offering war toys in their catalog, which was a major blow to manufacturers of these items.  Hasbro was forced to shift the focus of their “action figure” to adventure and scientific exploration. 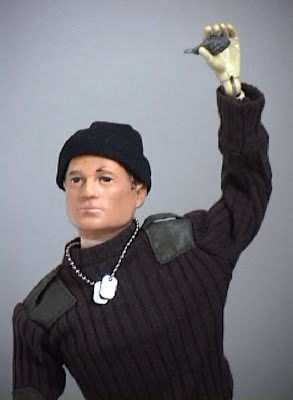 My brother had one of the original “moveable fighting man” Joes.  He must have gotten it between 1967 and 1969.  I don’t know exactly what accessories he came with because my brother was not as meticulous as I was about keeping up with these things.  Still, I remember this Joe had a blue shirt and a midshipman’s cap.  I don’t know if he came with the rubber wet suit or if our parents bought that separately, but in the beginning he also had a scuba outfit which had a strong odor and was very difficult to put on.  I don’t know if this Joe had any guns or not. 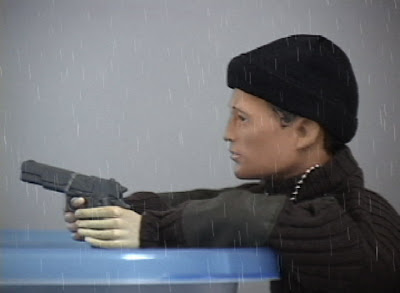 In 1971, California Governor Ronald Reagan signed into law a prohibition on the manufacture or sale of “torture toys” which included toy bombs and grenades (Culture Wars).  The following year, a group of Vietnam veterans joined Parents for Responsibility in the Toy Industry in protesting war toys at the American Toy Fair and by 1978, GI Joe temporarily disappeared from the market in the face of competition from Kenner’s 4” Star Wars figures.  American parents apparently did not object to light sabers from “long ago in a galaxy far away” as violent weapons. 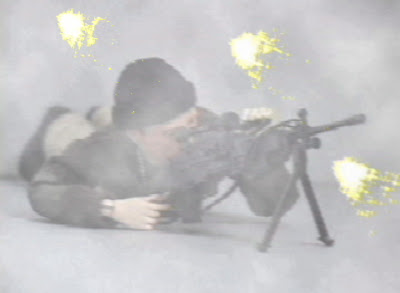 Growing up my brother had two other Joes from the Adventure Team era -- the bearded talking commander and the clean-shaven African American with “lifelike hair.”  I don’t remember if they had guns or not but if they did, they didn’t make as big of an impression on me as the other, adventure related accessories and play sets.  I asked for the Sea Wolf submarine even though it was a “boy’s toy” and very much enjoyed submerging it in the bathtub and in a large outdoor fish tank on my grandparents’ property in the country.

Here is a clip of the Kingston Trio's 1964 release in case you don't remember this quintessential anti-war song: