Coming 'Round the Mountain 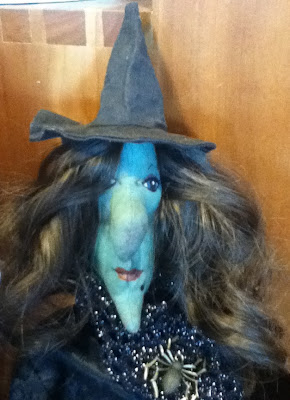 Well, I wasn't driving six white horses but Fall Break took me through the mountains with a stop at the  Kentucky Artisan Center again.  Books of Kentucky ghost stories, a broom-making demonstration, and this soft sculpture witch evoked the Halloween season: 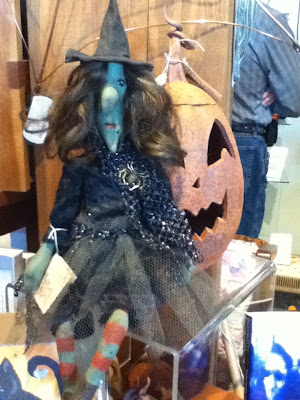 There were also plenty of enticements like this Lindy Evans Santa Claus for the throngs of early Christmas shoppers: 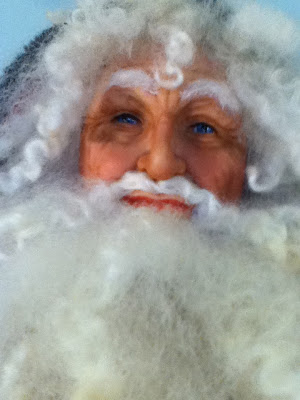 Evans started her career as a doll maker by creating fabric dolls as gifts for family and friends.  Then, after 17 years as an educator in the public schools, she became a full-time doll artist.  Evans draws inspiration from studies of real people for the one-of-a kind faces she sculpts from polymer clay. 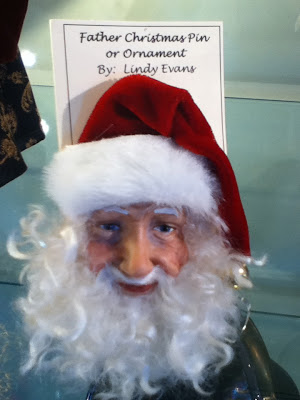 She then hand paints the faces, wraps polyester batting over a wire armature to shape the bodies, and dresses the figures in vintage fabrics. 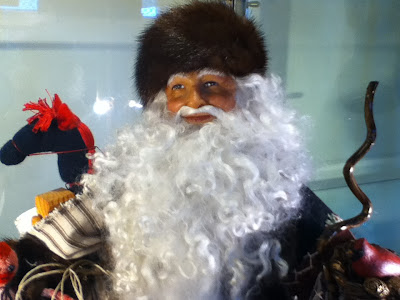 Evans' work has been featured on Home and Garden Television and in numerous national magazines.

I was sorry to learn that Nita Keeler, the creator of this "Darn-it-the Cowboy" figure had recently passed away: 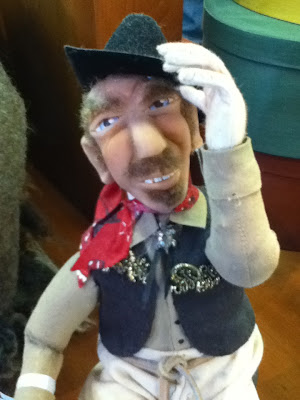 According to the hang tag, "Darn-it is resting here with his cowboy boots off, whith his one sock off, and the other exposing his toe thru a hole." 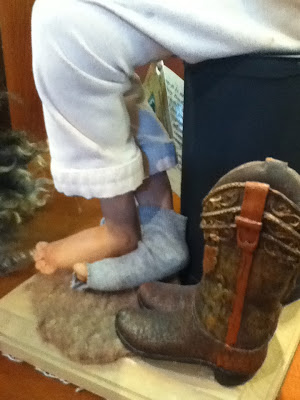 "He is contemplating the end of day, as he adjusts his hat and enjoys the comfort of no boots upon his weary feet." 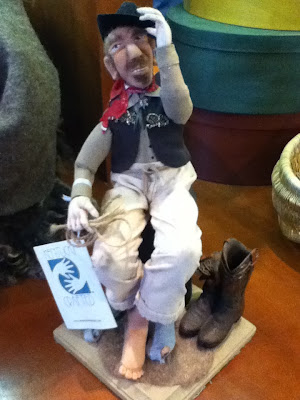 "Darn-it is a soft sculpted body with a hand sculpted polymer clay head and feet."

Fortunately younger Kentucky artists like Jennifer Zingg are exploring new modes of expression with traditional craft media such as gourds: 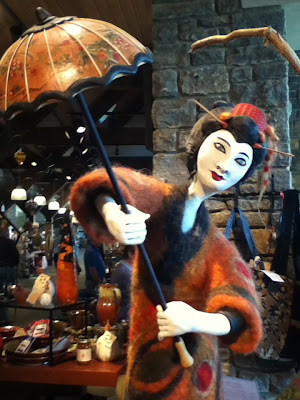 As an art student at Kentucky Wesleyan College in the early 1990s, Zingg initially did not appreciate the box of gourds her grandfather gave her. 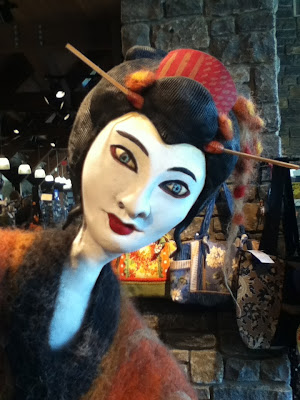 Then, after the birth of her second child in 2001, she re-discovered the gourds in a closet and began creating what she calls "contemporary folk art." 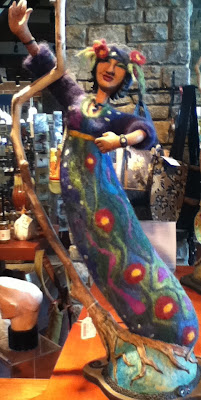 Her work has since been featured on Home and Garden Television. 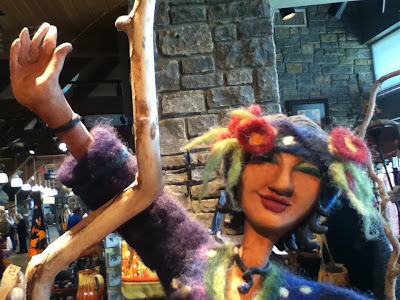 So if you happen to pass through Berea next time you are "coming 'round the mountain," take time to stop at the Kentucky Artisan Center.  You might even find a plate of chicken and dumplings at their cafe.