The Dazzling Dames doll club held a holiday social this past Sunday and Angela Ferguson encouraged members to bring a hand-crafted doll ornament for exchange:

Not one that would fill in the space in the back of a tree.  Not one that you would place under a tree holder to keep it from wobbling, No uh huh!  But one that is so creative you would hang it front and center on your own tree and do a "Vana White" each time someone comes to look at your tree...yep...that one!!  Pls have the ornament gift wrapped.


I was more than a little intimidated by the prospect of making a doll ornament for exchange with serious artists like Martha Dudley who brought this Stingy Scrooge to the meeting as one of her show and tell pieces: 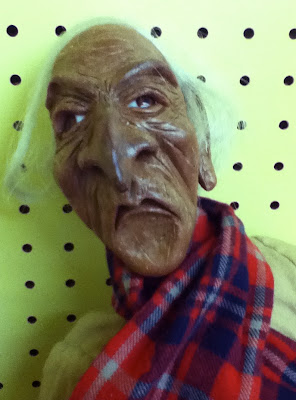 Still, I scrounged up a holey sock, cut up some old stockings for stuffing, and then went to work.  Over the summer I had experimented with making doll faces from salt dough. 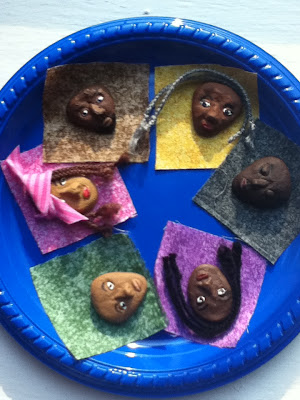 I painted one to match the sock but it wasn’t until we were rummaging through my wardrobe bins that she told me she was an angel. 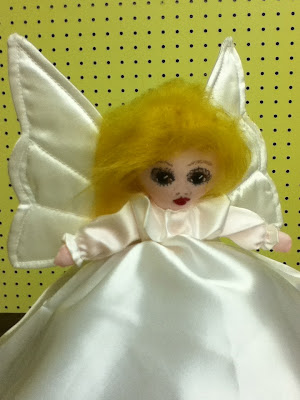 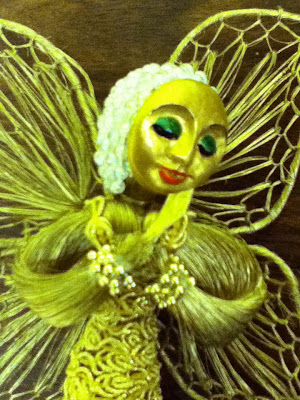 I received this radiant goddess from Martha Dudley: 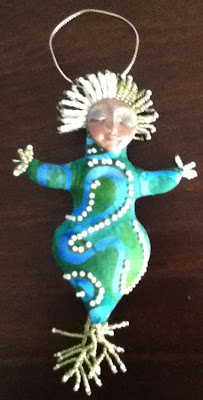 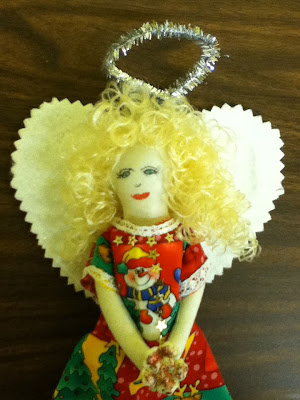 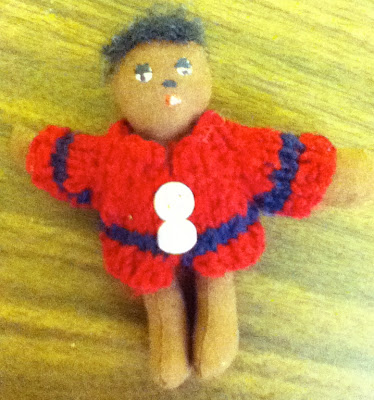 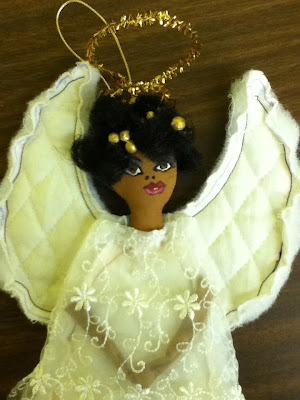 In the early 1940s, Blanco wrote these lines lamenting the lack of  black angels:

(Painter, if you paint with love
Why do you despise my color,
Knowing that God in heaven
Loves us too? )

M. Alvarez Maciste adapted the poem and set it to music as the theme song for a 1948 film, "Angelitos Negros" staring Pedro Infante.  In this scene, Infante’s character sings the song to his daughter who was born darker than both her parents:

The child’s mother does not show the same compassion for her but eventually the plot reveals that she herself has African ancestry.

Despite its progressive message, white actors in black face played most of the leading Negro characters.  Still, this film was as a very influential hit and many singers in Latin America and the United States covered its title song.  Here is Roberta Flack’s version from her 1969 album, “First Take.” 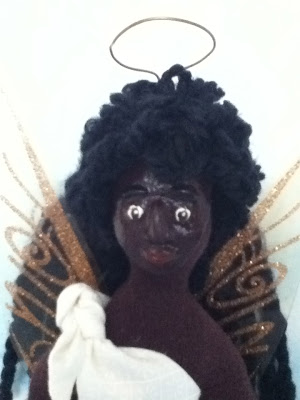 May all the heavenly host watch over you this holiday season!

À Bientôt
Posted by limbe dolls at 4:07 AM