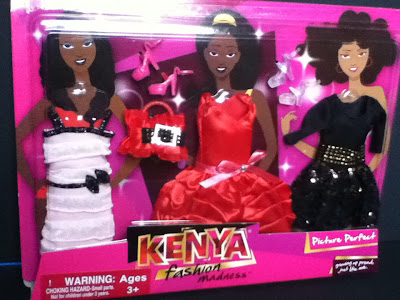 Yla Eason, founder of Olmec Toys pioneered ethnic fashion doll lines with the 1988 release of Naomi (Black Doll Collecting:  Moments in Black Doll History).  Thus, I thought it would be appropriate to start this showcase of the new Kenya Picture Perfect fashions with a model from Olmec Toys. 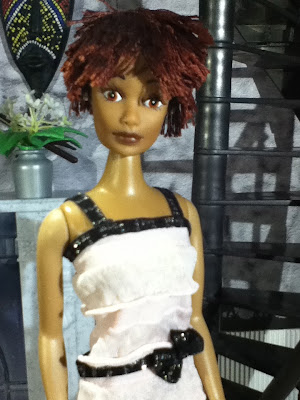 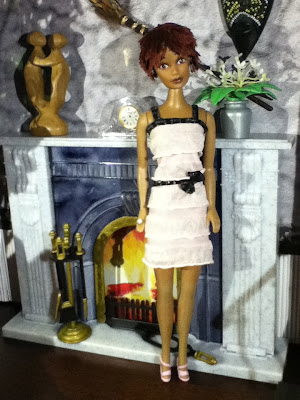 The soft knit fabric clings to her curves even though she is not as voluptuous as Kenya. 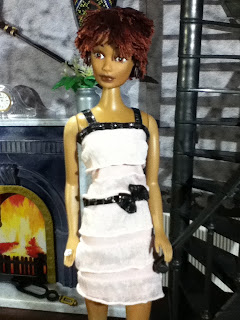 In 1995, Percy Newsum's Integrity Toys took up the torch from Olmec Toys and made ethnic fashion dolls ubiquitous on the shelves of national retailers such as Toys R Us and Walmart. 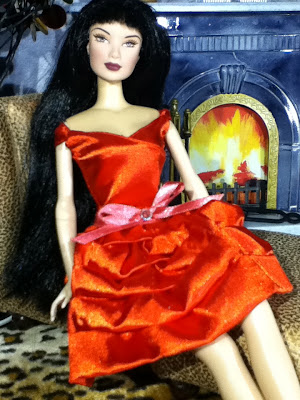 The original Integrity Toys play line bodies were thicker than Barbie.  I have offered Jade the opportunity to upgrade to an articulated body several times but she is proud of the womanly curves that make this red satin dress a dramatic fashion statement. 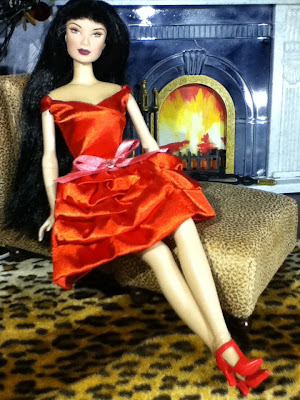 This dress will not fasten around her generous endowments but her hair would normally hide that fact. 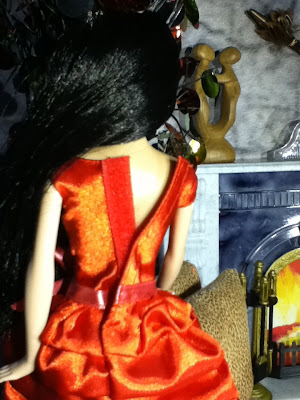 It also comes with a glamorous purse. 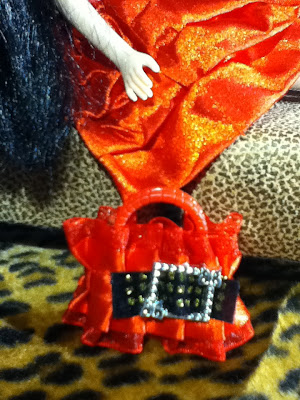 Before Mattel’s So In Style line, Barbie had another set of African American friends – Shani, Asha, and Nichelle. 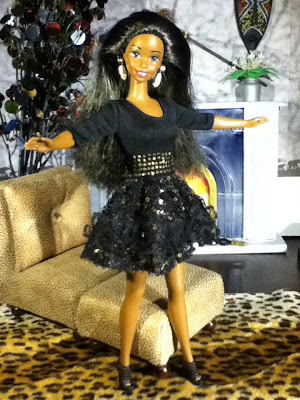 These dolls appeared in the early 1990s.  Although their hair is improbably long and straight, their faces were sculpted to represent distinctively African American features. 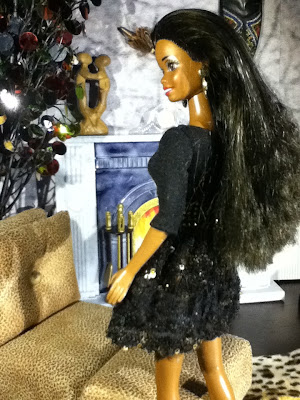 Like the Kenya dolls, they came in three skin tones.  Shani’s complexion was medium brown, Asha’s was café au lait, and Nichelle’s was dark chocolate.  Shani’s original jewelry coordinates well with the gold-on-black accents in this dress. 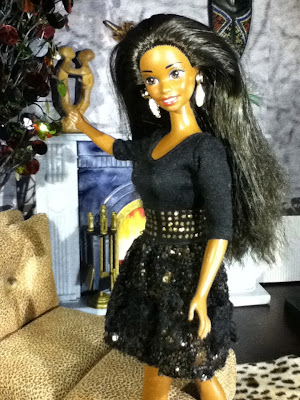 She looks ready to dance the night away with her boyfriend, Jamal.

This fashion pack comes with two pairs of shoes. 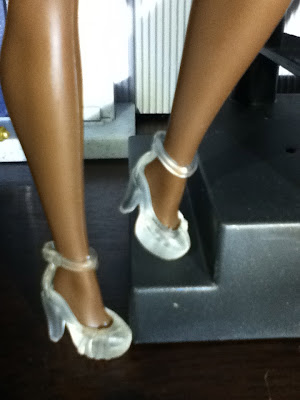 None of the models above could slide their heels through the ankle strap. 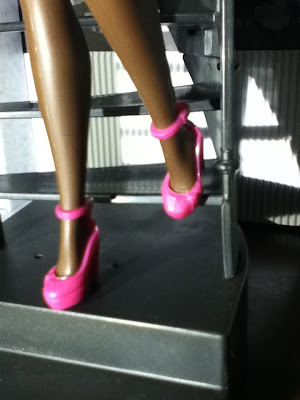 I think this design is likely to break in short order but Kenya was obliging enough to slip them on for us.

Those of us who buy dolls and accessories on a regular basis accumulate large quantities of wire twist ties.  While D7ana of “A Philly Collector of Playscale Dolls and Action Figures” has suggested ways to recycle them, it is good to see Kenya’s World has done away with them all together.  The purse and shoes are secured inside the package with ribbons that you can re-use as fashion accents. 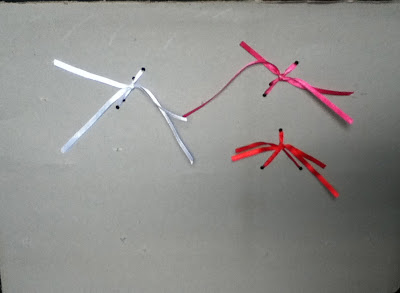 The plastic “staples” were attached to the dress forms rather than the garments themselves so they left no unsightly holes in the fabrics.  The inner package art is attractive and brings to mind My Scene packaging of yore. 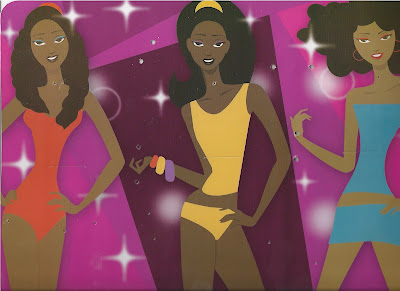 I have not seen these fashion packs at Family Dollar but you can order them on-line from Toys R Us: 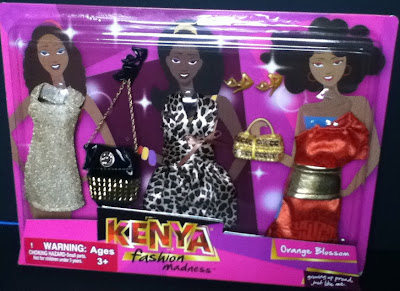 My next post will feature the Orange Blossom fashions.