In 2009, after the inauguration of Barack Obama, the first African American president, Mattel introduced the So In Style line of dolls designed by Stacey McBride Irby.  Like the new president, this group of Barbie friends hailed from Chicago.  The So In Style dolls represent a range of skin tones but Grace, whose cocoa complexion is midway between light-skinned Trichelle and deep toned Chandra, receives the most attention. 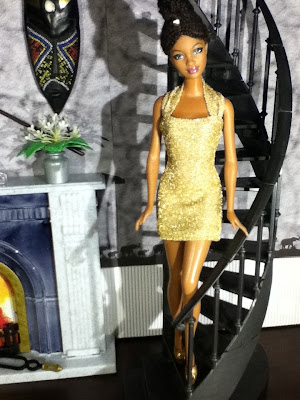 For example, Mattel has produced a purple sports car (a Sweet Sixteen birthday present) for Grace though none of the other So In Style dolls has wheels.  As with Shani and her friends, the So In Style dolls have long, silky textured hair (Trichelle’s is curly) that most African American women can only acquire through chemical processes and/ or wigs and weaves.  I scalped my Grace so she can wear natural texture wigs. 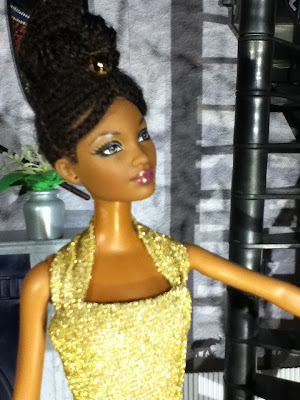 Her braided updo style complements the simple elegance of this fitted gold sheath. 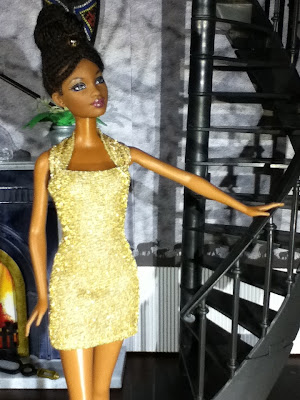 The gold purse included in the Orange Blossom fashion pack is an additional accent. 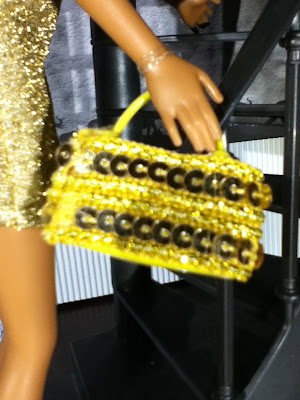 Integrity Toys was more venturesome in the colors and textures of hair that formed the crowning glory of Janay and her friends. 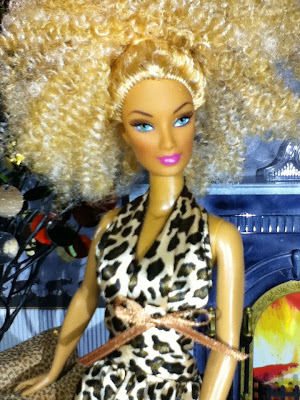 This version of Alyssa has ice blue eyes and a mane of kinky blonde locks.  She reminds me of some Puerto Rican women I have known.  In this’s leopard print halter dress she is more than ready to take a walk on the wild side. 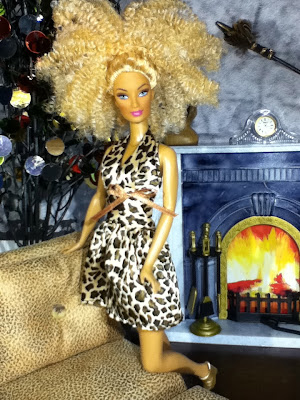 The leopard print chair and ottoman were gifts from Vanessa Morrison of Van’s Doll Treasures.  You can find more well-crafted furniture like this at her Etsy store.

While Fashion Madness Kenya dolls are crowned with an improbable mass of hair, the Movin' On and Rock Star models have thick curls that approximate the texture of some African American women's natural hair. 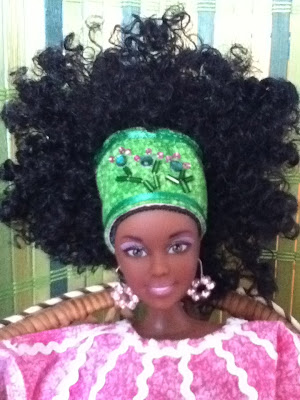 Although the Fashion Madness Riviera doll’s hair is caught up in a ponytail, the manufacturer did not skimp on the quantity of tresses.  It took me an hour to remove her original hair.  Then she chose a wig with spikey threaded locks. 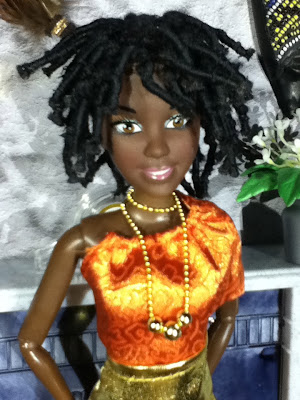 The belief that threaded hairstyles allow the hair to rest and grow more rapidly is widespread in Africa.  After years of dyeing and straightening her hair, poor Consuelo may need to try such a treatment. 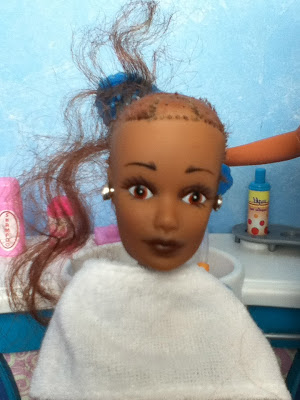 Her hair broke off at the roots when Amparo, our studio stylist tried to groom it for the Fashion Madness photo shoot. 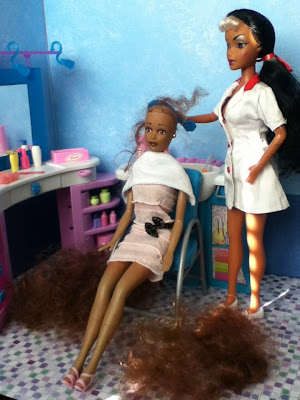 Perhaps if more black fashion dolls sported natural texture hairstyles, more black girls would grow up too proud of their hair to subject it to such mistreatment.

Fortunately the Fashion Madness Kenya dolls have done us proud. 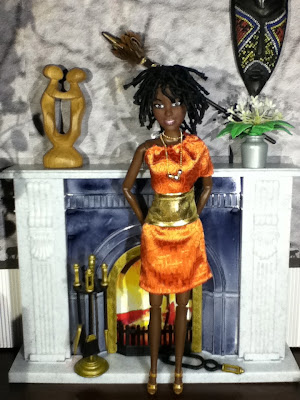 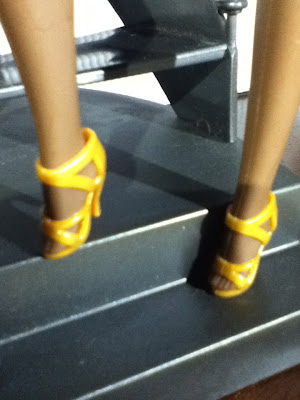 Shani grabbed this black and gold bag on her way out the door. 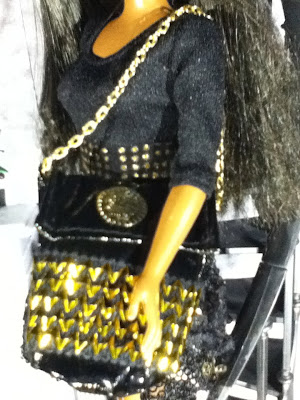 She said it was a perfect match for her dress even though it didn’t come with the Picture Perfect fashion pack. 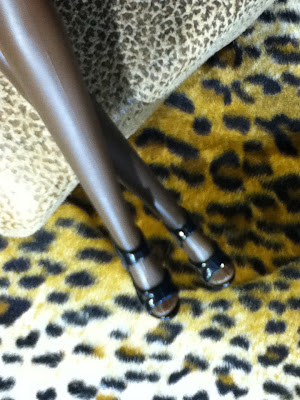 These black shoes will also coordinate well with all of the outfits in both packs although Kenya was the only model whose feet were dainty enough to wear them.

In the final analysis, the vibrant orange color and asymmetrical line of the Orange Blossom dress along with the brocade-like Asian motifs woven into the fabric take Kenya’s fashion madness far outside Barbie’s “pretty in pink” box. 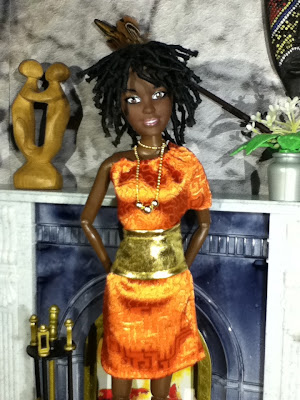