In my childhood doll world the Marx cowboy, Johnny West married Barbie's redheaded British friend, Stacey and they had a passel of redheaded children.  Virginia (alias Trikey Triddle Kiddle) was the oldest one. 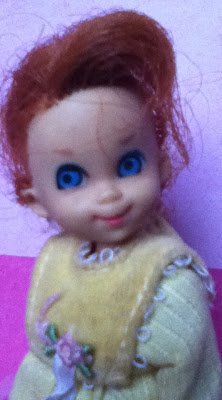 To show her big sister status, I upgraded her to a Dawn body. 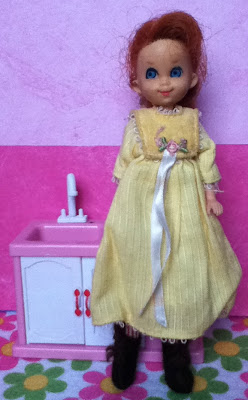 The long, loose dress from a Mattel Rosebuds doll conceals the fact that Dawn was a 1:12 scale adult woman.

Mattel produced Kiddles 'N Kars from 1969-1970.  These Kiddles each came with a "horseless carriage" and an updo hairstyle. 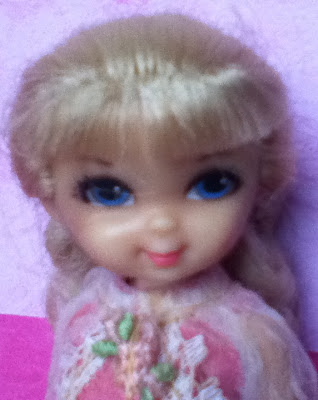 I was charmed to have a doll from the era portrayed in Maud Hart Lovelace's Betsy-Tacy books. 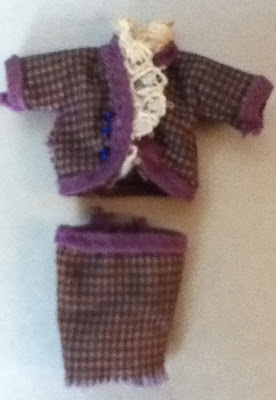 Rosemary Roadster's car has long since gone to the great junkyard in the sky but I still have her original purple checked suit with the hobble skirt although she "outgrew it" in her role as the oldest child of General Ivan Zacker and his wife, Babette (nee Dupont). 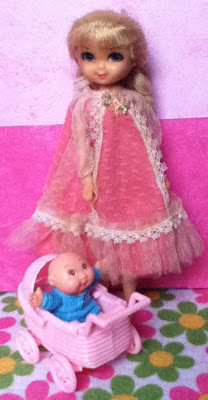 She is also on a Dawn body hidden under another Rosebud dress. 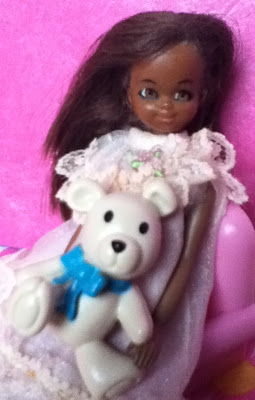 Each of these 2" dolls was enclosed in a plastic locket that you could wear around your neck.  My Lois had a lovely green dress with lace trim.  As she grew up, I upgraded her to a Dale body. 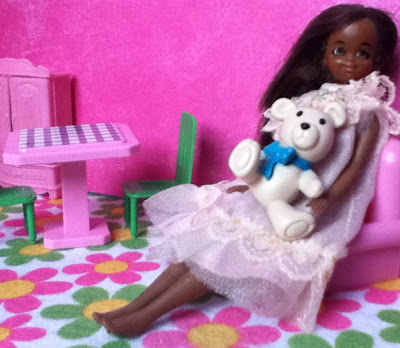 Dale was Dawn's African American friend.  Since I never got any other black dolls her size, she was more than willing to sacrifice herself so that Lois could be part of a 1:6 scale family.

On July 20th, 1969, Armstrong and Aldrin made the first manned landing on the Moon in the Apollo 11 Lunar Module.  Toys like the Kozmic Kiddles (produced in 1969/70) reflected the impact that the space program had on the popular imagination. 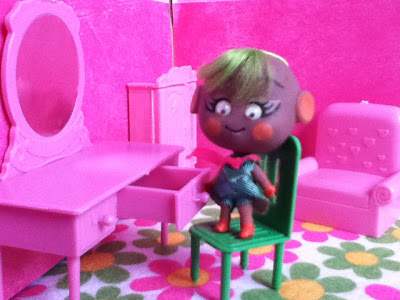 Meanwhile under the Green decision of 1968, the U.S. Supreme Court had decreed that "freedom of choice" desegregation plans such as the one offered in New Kent County, Virginia were a sham and established the "Green" factors as criteria for the acceptability of school desegregation plans. 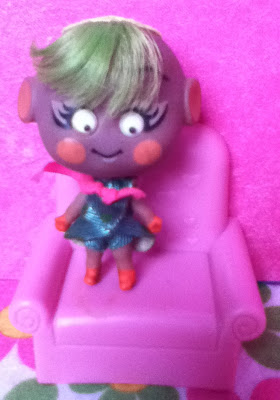 The impossibility of achieving equality of facilities, transportation, extra-curricular activities, and an equal ratio of black to white students and faculty in school districts drawing students from segregated neighborhoods led to the implementation of extensive busing plans that transported students citywide or across city-county boundaries.

I was never bussed but I had integrated an entire elementary school in Fairfax County, Virginia during the 1968/69 school year when I was in the first grade. My mother taught at the school and had obtained permission to enroll me even though we lived in Maryland.  From then on there was never more than a sprinkling of other black students in the schools I attended. 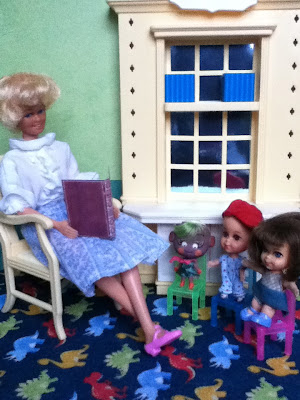 For most of my education I felt like the "sister from another planet."  No wonder I identified so strongly with my Purple Gurple Kozmic Kiddle.

Girlfriend's space ship cracked up years ago and her antennae broke off so she couldn't communicate with the Funkadelic Mothership and ask them carry us home. 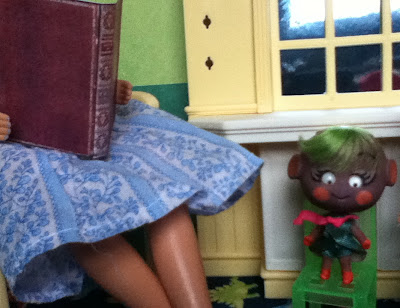 Thus we had to learn the ways of earthlings.

To see what the original space ship looked like, check out "Pictures of my Kozmic Kiddles Collection."