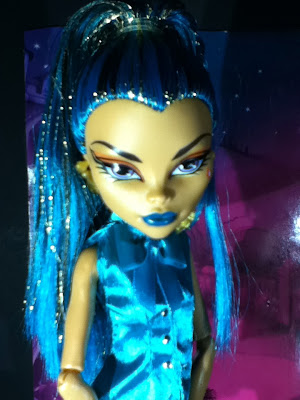 After pestering me for some new clothes for over a year, Nefera de Nile was thrilled to discover that she can wear Bratzillas outfits. 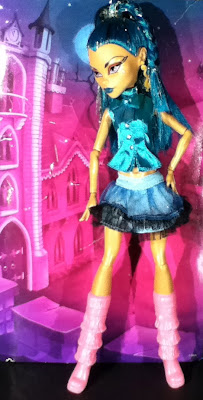 Meanwhile the packaging included artwork that looked like it would make good backdrops so I finally de-boxed all my Midnight Magic dolls and decided to use them to practice lighting a night scene.

Classic photographic lighting begins with a three point system.  A key light illuminates the overall scene, a back light separates the subject from the background, and a fill light kills any shadows that fall in unwanted areas of the frame so I was very pleased to get three of these gooseneck lamps from Target last year. 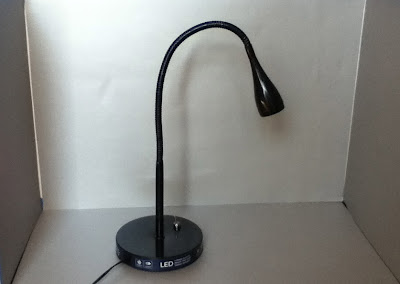 They are easy to position and the LED bulbs cast a fairly pure white light.

The color temperature of the light can make a big difference in image quality, especially when you are shooting with low end digital cameras.  In particular, in my work as a videographer, I have spent a lot of time looking for ways to present people of all complexion types “in the best possible light” so the multi-colored monsters were an interesting challenge. 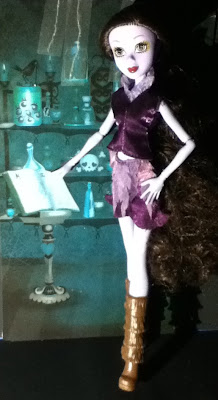 She photographs like a very fair-skinned person so it was hard not to over-expose her under the studio lights. 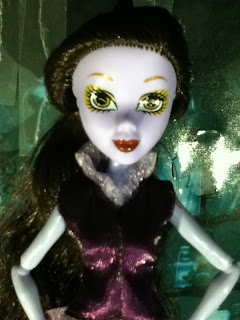 We borrowed this outfit from Vidia, one of the Disney fairies because the Lovely Patsy outfit she came in was a fashion train wreck.

I thought this blue dress would show to better advantage next to Adele's pink skin than it would on Mila but it still took me a long time to get good shots of Adele. 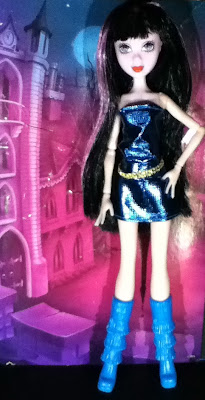 Brunettes like Adele have a high contrast between their dark hair and lighter skin. 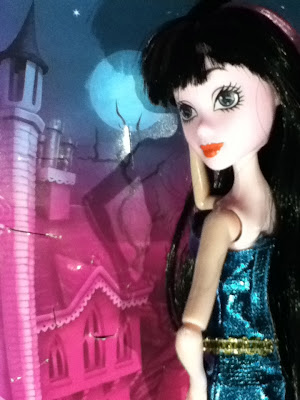 Low end digital cameras don't manage high contrast well so I was bound to encounter problems when shooting a brunette subject with my iPod Touch which has no means of manually adjusting the focus or exposure. 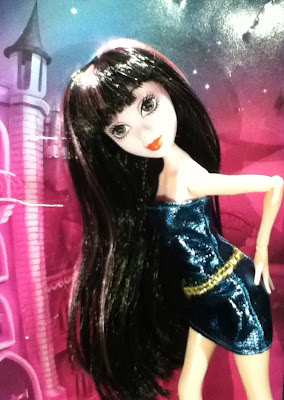 Adele made it worth the extra time it took to adjust the lights properly.

Indeed, you can easily make shooting stages for your dolls by sticking colored poster board to scrap cardboard. 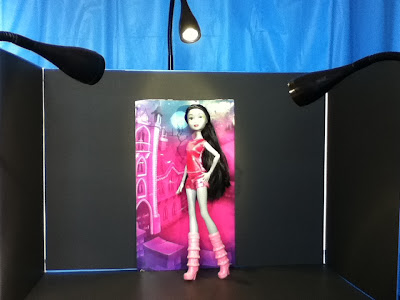 I made this black stage for night scenes, a neutral gray one for when I want to show the details of a doll or her outfit without distractions, and a green one for chroma key work. 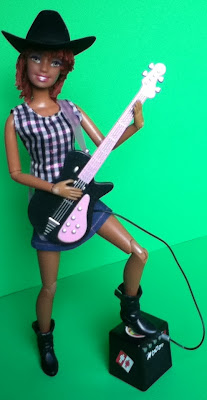 I can remove the green background in an image editing program and replace it with any background I like.

Mila has blue hair and blue skin like an ancient Celtic warrior goddess. 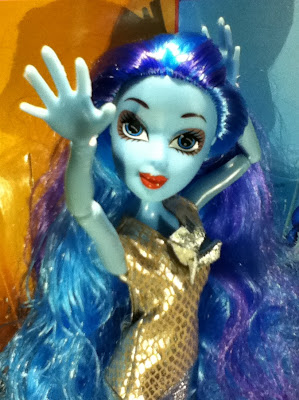 Subjects with fair skin and hair can wash out under bright lighting but blue is a color that digital cameras read very well.

Since Mila’s hair and skin are in the same color family, the camera did not have to deal with contrasting color values.  As a result she was the easiest to light. 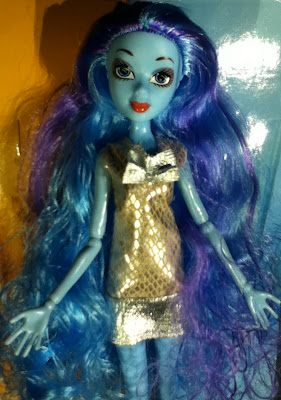 She also has a strong personality that came across clearly in the poses she chose to present Pipa’s silver snakeskin dress.

Dark-skinned subjects, however, can be the most difficult to capture because the auto-focus features in digital cameras are designed to take the brightest area within the frame as the focal point. 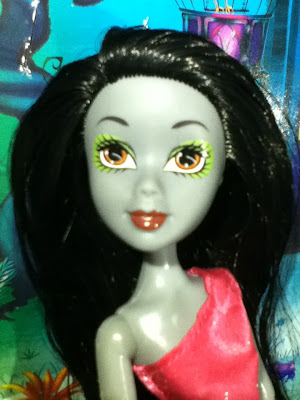 Indeed, as one African American man discovered in this hilarous but sad video, digital cameras are programmed to think that "white is right."


Yet, contrary to the assertion that "Hewlett Packard Computers are Racist," the camera's technological flaws in representing the full spectrum of humanity are not due to deliberate acts of discrimination.  Thus, while Pipa's features in no way suggest African ancestry,  her gray skin and dark hair caused her to appear underexposed until I was able to adjust the lighting to compensate for the camera's limitations. 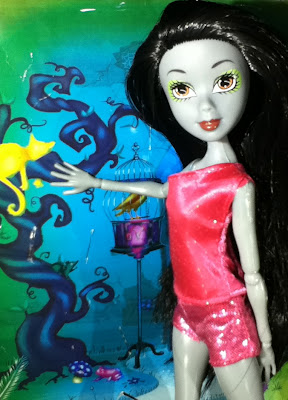 The bias in digital imaging technology does however reflect aesthetic biases towards fair skin, the socio-economic barriers that for many years kept darker people out of careers in scientific research and engineering, and the failure of the corporations that manufacture and market digital imaging technology to recognize the fact that large populations of potential customers have dark hair and/ or skin.

Fortunately the future looks very different.  I teach at a large engineering school where my students are as diverse as the Midnight Magic girls who posed here.  I am also encouraged to see that at least 30% of my students are women.  One of them is currently completing a thesis on computer optics.  Maybe she can fix some of this stuff in the future :-)!

À Bientôt
Posted by limbe dolls at 6:36 AM