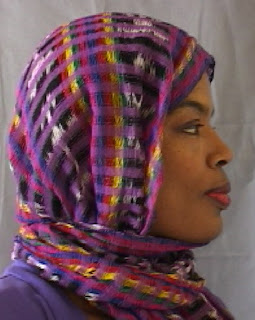 Ever since Angela Bassett portrayed Sister Betty Shabbaz in “X,” I have admired the dignity and elegance that some Muslim sisters project in their modest dress.  Indeed, in the late 90s, Essence magazine did a photo story featuring Muslim fashions – anticipating by several years the florescence of hijab style, which in some cases has evolved to the point of effectively calling attention to the feminine charms it is supposed to conceal.  While hijab has become a stereotypical symbol of Muslim women’s oppression in the West, I teach at a technical university where I have encountered hijabi electrical engineers, chemists, and video game designers.  Women’s motivations for wearing hijab are highly individual and complex.  In this post my models represent a range of reasons why westernized professional women may choose to adopt modest dress.


Marissa has come in to work early to finish up a report for her boss. 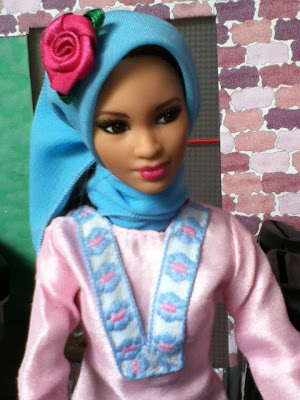 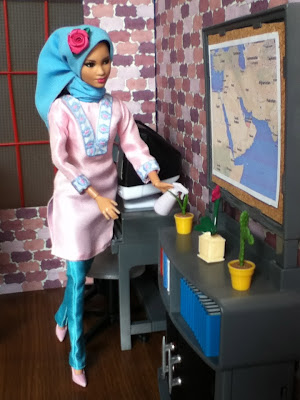 Marissa stops to water the plants first, then sits down at her computer. 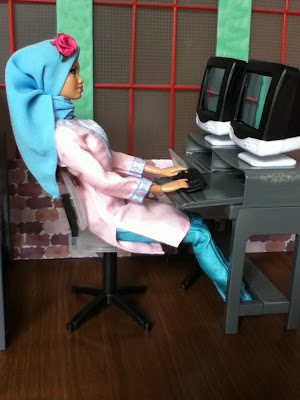 The Ruiz family converted to Islam when they moved to Chicago from Puerto Rico in the 1960s.  Hijab was part of the uniform at the Muslim schools Marissa attended as a child, but as an adult she continues to wear it more as a personal preference than out of a sense of religious obligation. 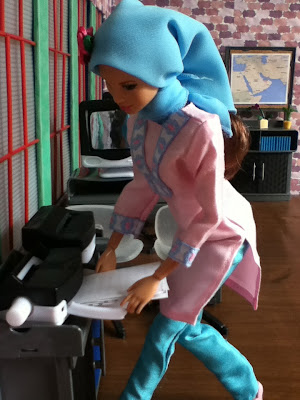 Working in the male-dominated Information Technology field,  she finds that wearing hijab forces people to deal with her based on her skills and the "content of her character" rather than judging by her figure or the texture of her hair.  In that sense, she considers her commitment to hijab to be a feminist choice.

***
Although Fulla's parents are conservative Wahabi Muslims, they have encouraged her to pursue a university education and eventually develop a professional career.  This summer they have sent her to the United States to improve her English while working as an intern in her uncle's import/ export firm. 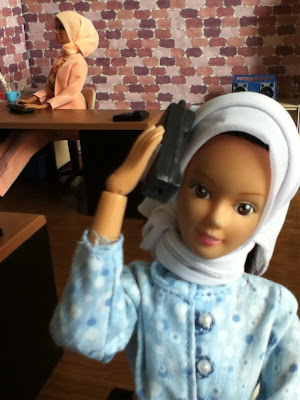 Here in the U.S. Fulla wears a designer trench coat when she is out on the streets instead of an abaya   as she would back home in Jeddah. 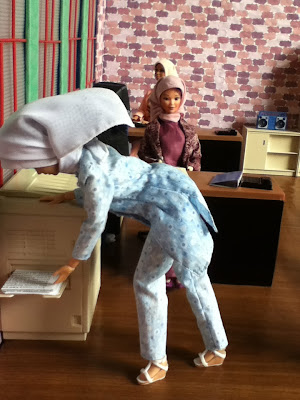 ***
Dita's parents came to the U.S. from Indonesia to complete graduate degrees when she was a toddler and ended up making their lives in Bloomington, Indiana. 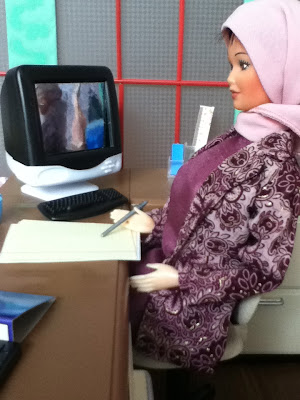 Wanting to fit in with their American neighbors and colleagues, Dita's parents reserved their observance of Islam for the privacy of their home so she did not grow up wearing hijab. 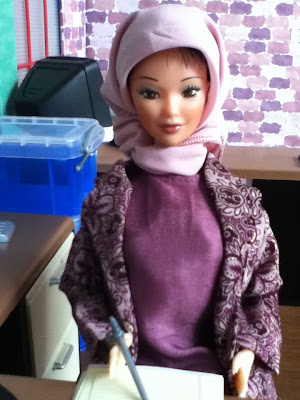 After 9/11, however, Dita adopted hijab in solidarity with Muslims who have been profiled, detained, tortured, and killed in places like Palestine, Bosnia, and Abu Ghraib. 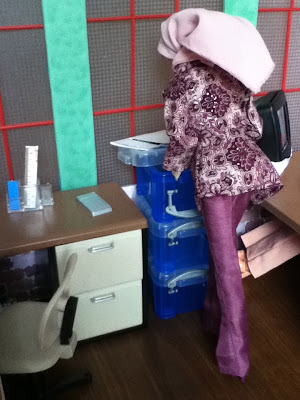 Explaining hijab to classmates and co-workers has enabled her to counter stereotypes of Muslims as terrorists while educating people about the true practice of Islam. 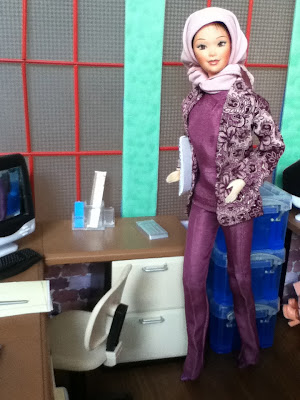 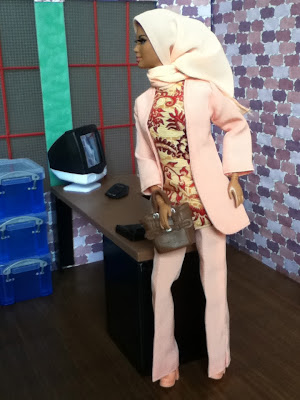 Soraya’s great grandmother was an Egyptian feminist who completed a university degree, and campaigned for women’s suffrage over 100 years ago. 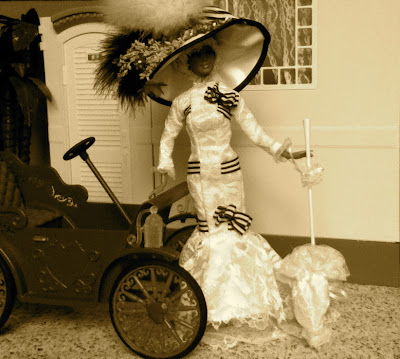 She "covered" by wearing extravagant hats. 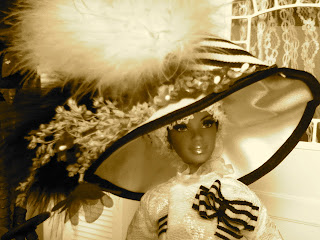 By the 1950s when Soraya’s mother was growing up in Egypt, only a minority of women there still wore the veil. 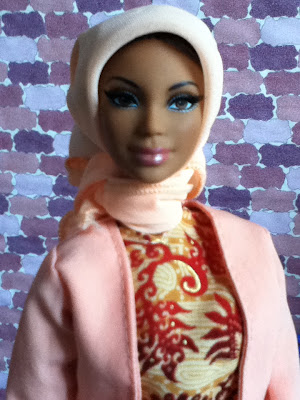 Soraya’s mother, grandmother, and aunts were horrified when she joined the Muslim Students’ Association and adopted hijab in college.  Having grown up in the U.S., however, Soraya felt the need to connect with her Arab heritage even though she is not an observant Muslim. 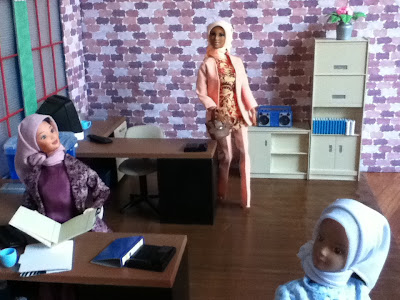 ***
One of the five pillars of Islam is the requirement that every Muslim make a pilgrimage to Mecca at least once in a lifetime.  Chandra has booked a package for hajj 2013 during the week of October 13 - 18th and  feels blessed to be in the state of istita'ah -- physically and financially able to go. 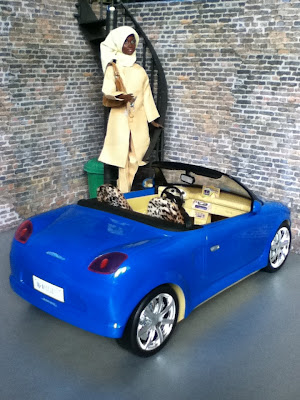 “Allah be praised I don’t live there, though!” thinks Chandra, smiling fondly at her “machine,” a hard-earned reward for all the years she spent building her business. 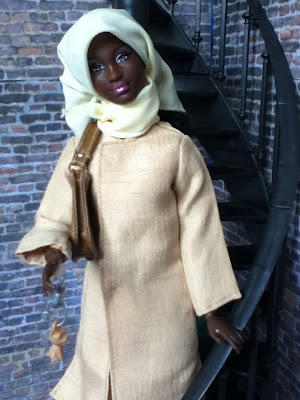 Saudi Arabia is the only country in the world where by law women don't drive. 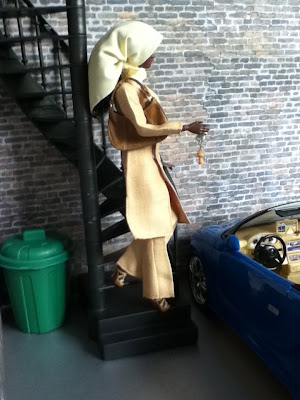 Despite her faith, historical experience has taught her that separate is inherently unequal so she has been campaigning to break down the gender segregation at her mosque. 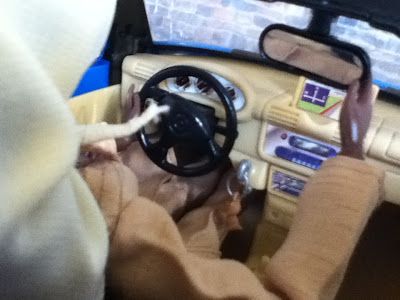 Traditionally women were relegated to a stuffy room in the basement while the men prayed upstairs.  Seating is still separated by gender, but Chandra and like-minded congregants have succeeded in getting women access to the sanctuary upstairs. 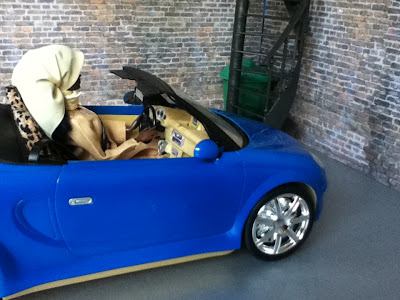 Chandra embraces hijab is a religious devotion, but wearing it doesn't mean she should take a back seat to anybody! 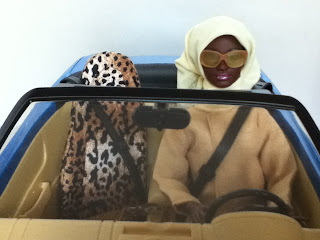