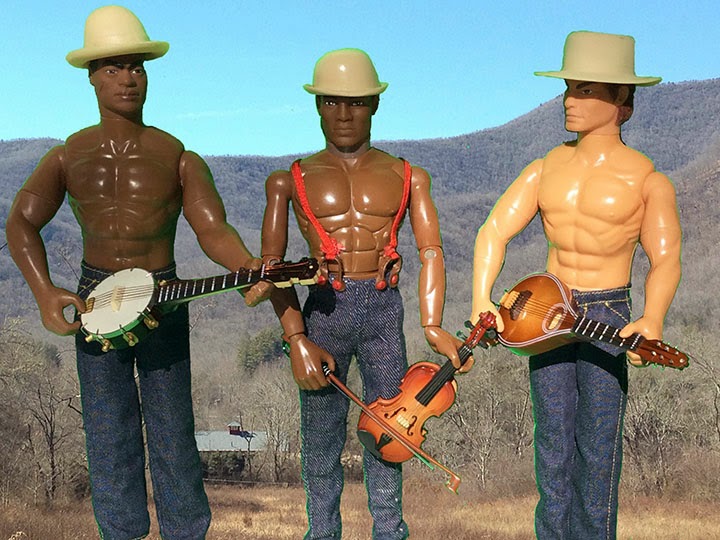 The protagonists of the 1960 film, “Where the Boys Are” headed south to Fort Lauderdale for their spring break but this year I went north to Appalachia.  I spent two weeks at the Hambidge Center, an artists’ retreat in Rabun County Georgia.  There was no cell phone reception and no WiFi in my studio but I enjoyed conversing with the other artists in residence every evening over dinner.

Hambidge is located on 600 acres that border North Carolina.  It rained most of the time I was there so I didn’t get to spend much time enjoying the hiking trails but I did slip over to Asheville the first weekend to visit the Biltmore Estate. 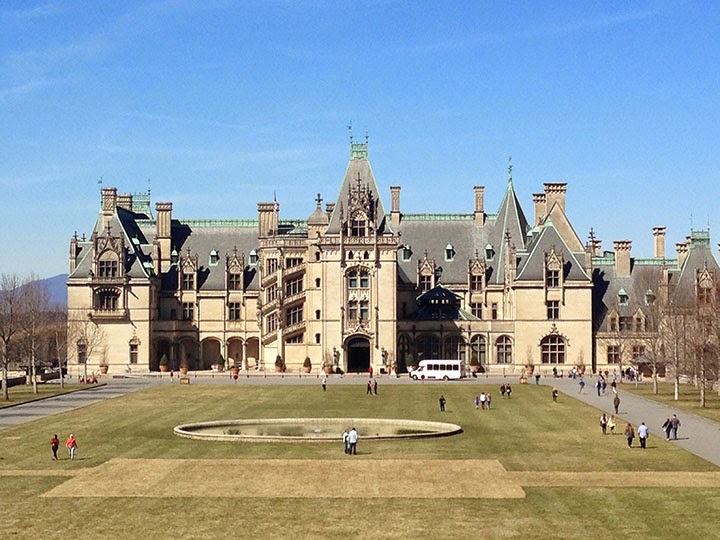 On my way back I stopped in the North Carolina Folk Arts Center on the Blue Ridge Parkway.  Unlike the Kentucky Artisan Center, no photography was allowed so I couldn’t take any pictures of the exhibits or the corn shuck dolls in the gift shop.  I was delighted to find these exquisitely detailed instruments, however. 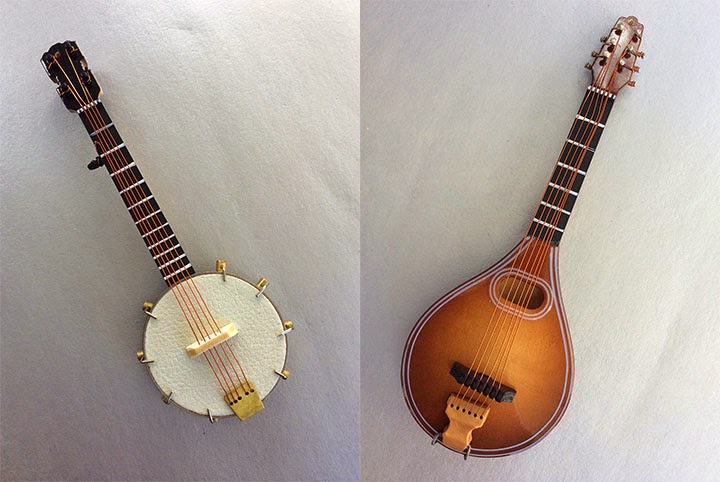 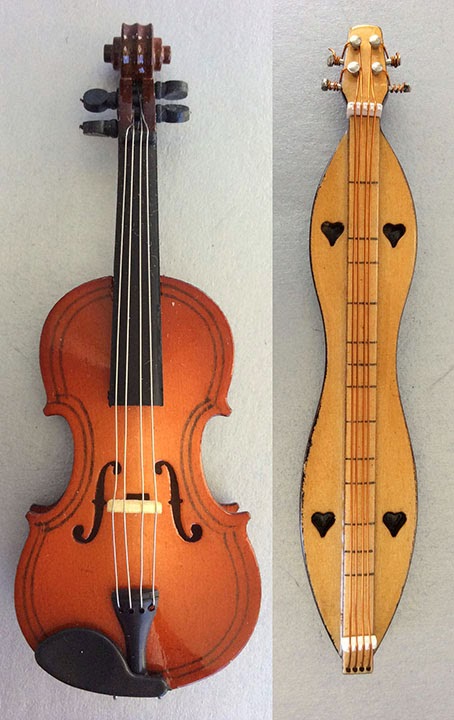 The banjo and mandolin were designed as Christmas tree ornaments while the fiddle and dulcimer have magnets on the backside.

I was sorry to miss the American Craft Council show that took place this past weekend in Atlanta but I was able to catch the end of the Joelanta convention on my way back from Hambidge.

While I saw more black vendors than I typically see at doll shows, their offerings did not include many black figures.  I found more interesting fare at the Circle X Ranch booth where I spotted these replacement heads for Marx action figures. 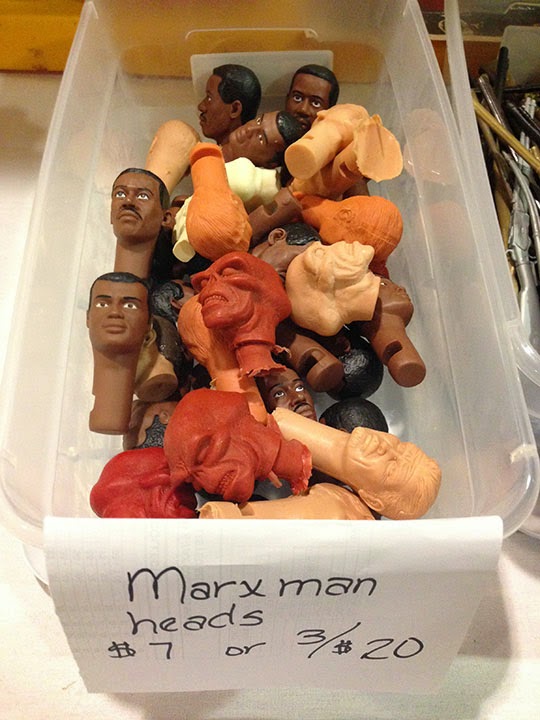 Marx released Jed Gibson, a cavalry scout as part of the Johnny West Adventure Series in 1975.

African American figures using the same face molds as G.I. Joe had appeared as early as 1965 but by the end of the decade Hasbro had developed a distinct face mold for black Joes released as part of the Adventure Team line.  My brother's childhood Adventure Team figure lost a foot in hard service and married Barbie's friend, Christie after he retired: 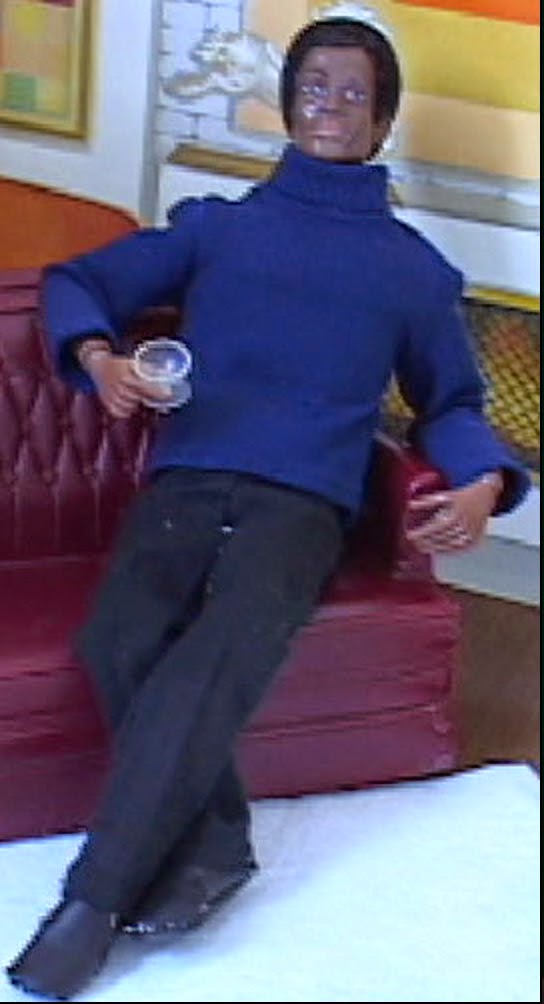 Earl, the Six Million Dollar Man graciously opened this pristine box so you can see what he looked like in his prime: 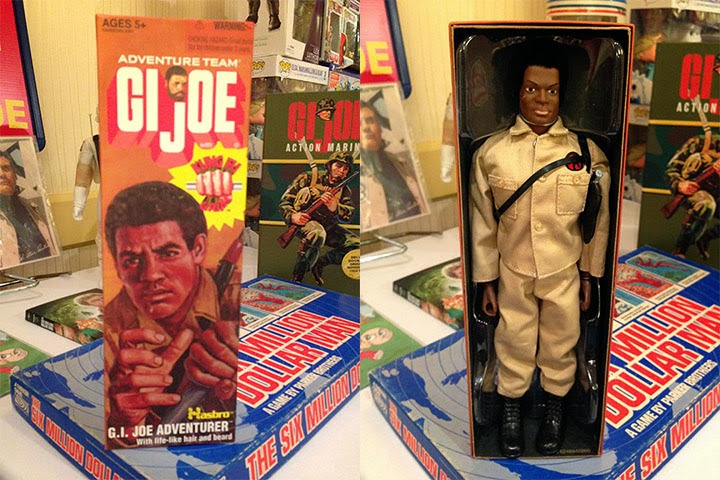 Back at the Circle X Ranch I learned that master caster Noah Maxman Coop adapted this head from other Marx figures.

Coop passed away in October 2014 but the Levi Nolan character and other figures he created in the Marx style are still available from Circle X Ranch.

I bought three coonskin caps from their booth and they gave me a Jed Gibson head for free. 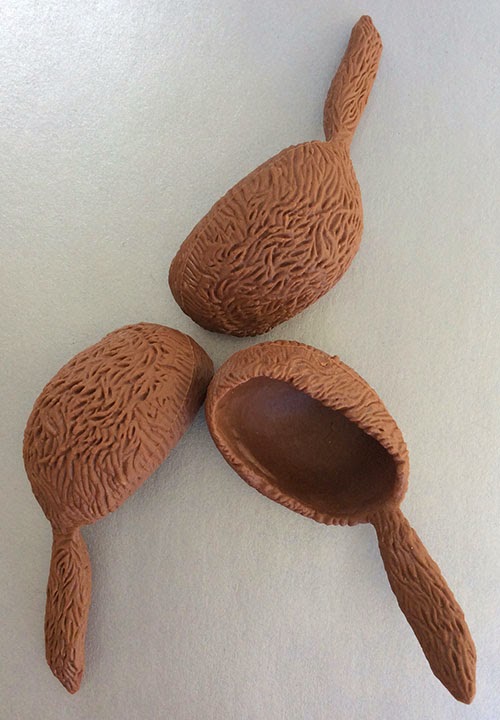 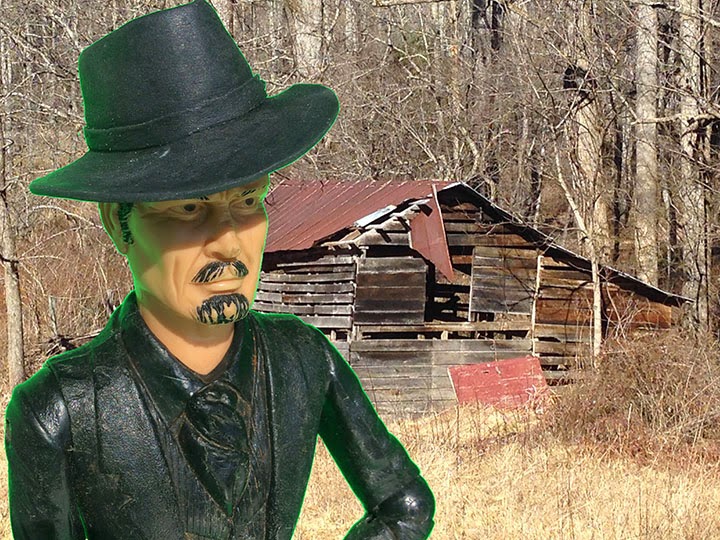 Sam was an outlaw character released in 1975 as part of the Best of the West series. 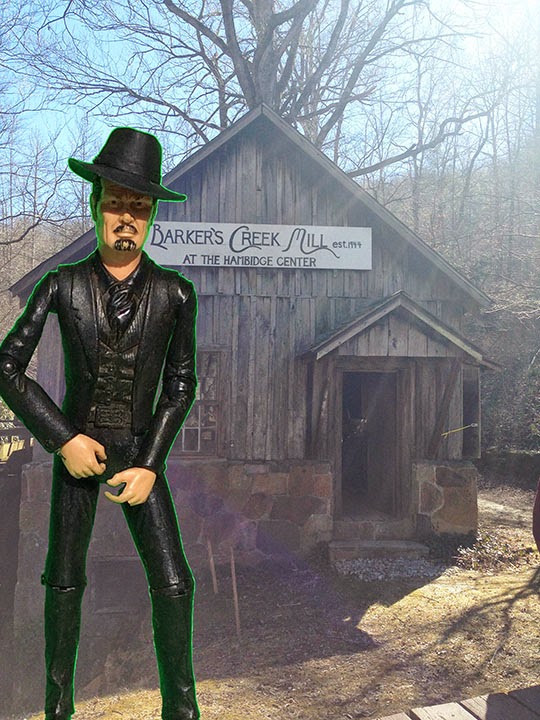 He came with a safe and sticks of dynamite for blasting it open as well as many other nifty accessories almost all of which are lost except for this dagger that Sam keeps up his sleeve. 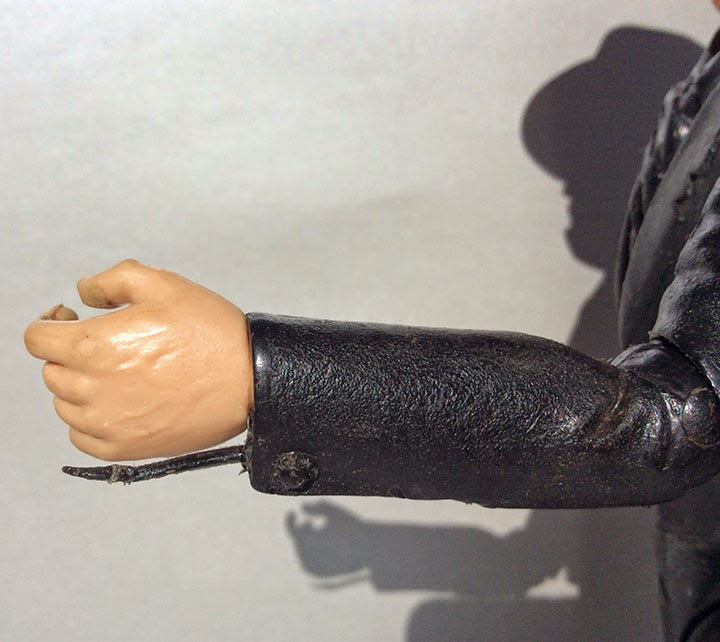 Going "Where the Boys Are" was such a rich experience I'll be doing at least one more post about the things I saw and learned at Joelanta.