A couple weeks ago Debbie of Black Doll Collecting shared images of new Sparkle Girlz fashions she had spotted.  I went to 4 different Walmarts to track them all down.  Then I rounded up some students from an all girls' high school for Science, Technology, Engineering, and Math to model them.

The Skating Party
"How do you stop these things?" yelped Aisha who had never skated before. 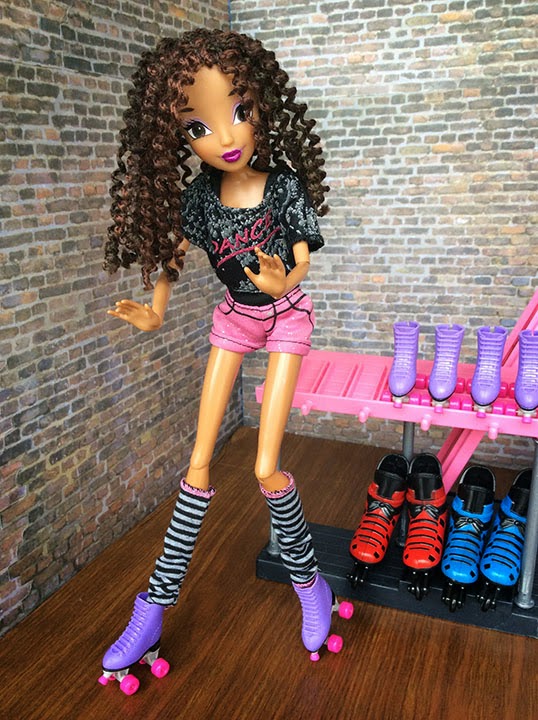 "I think I'm getting the hang of it," said Dolores. 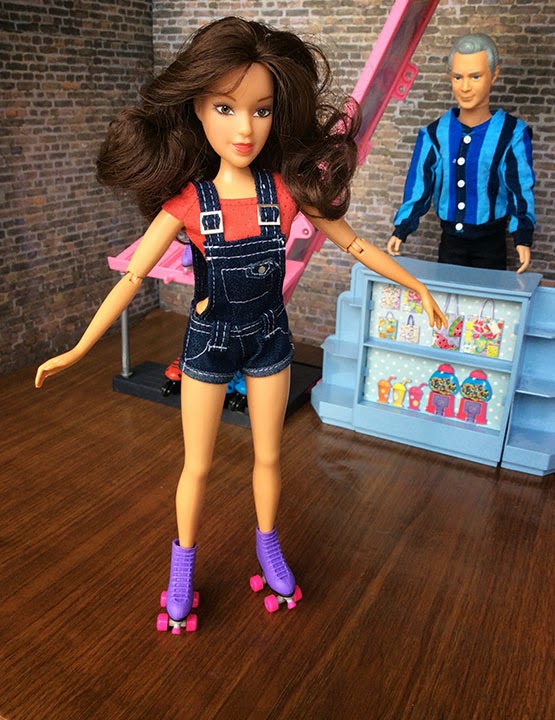 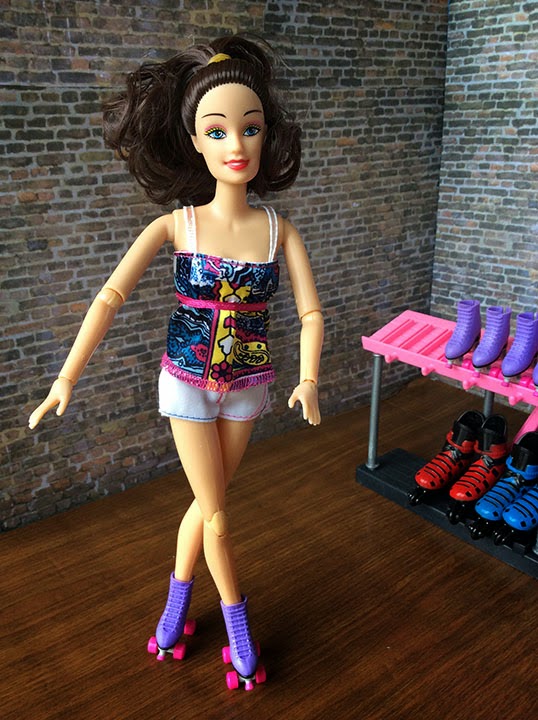 So of course Mei Mei had to show off by skating backwards. 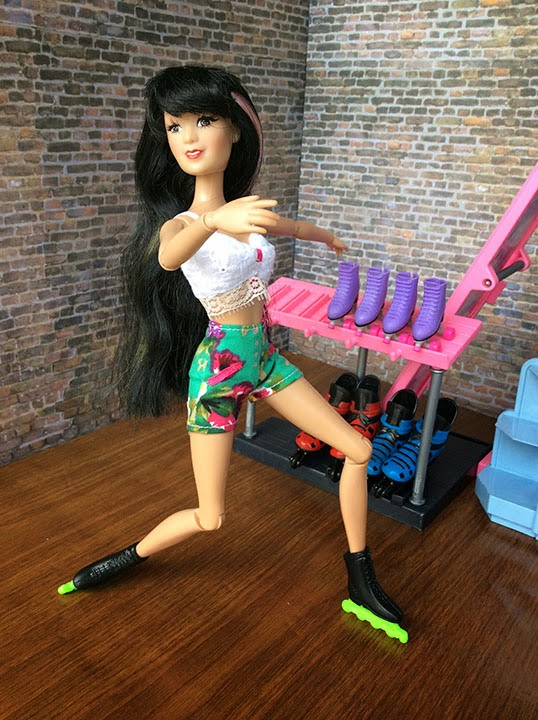 Then Azeeza put everyone to shame as she swept around the corner in a deep lunge. 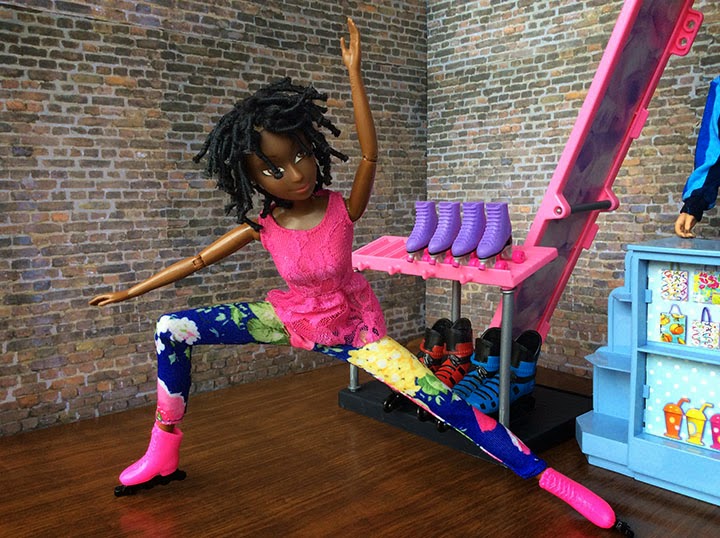 "I'd better just stick to the basics," thought Hannah. 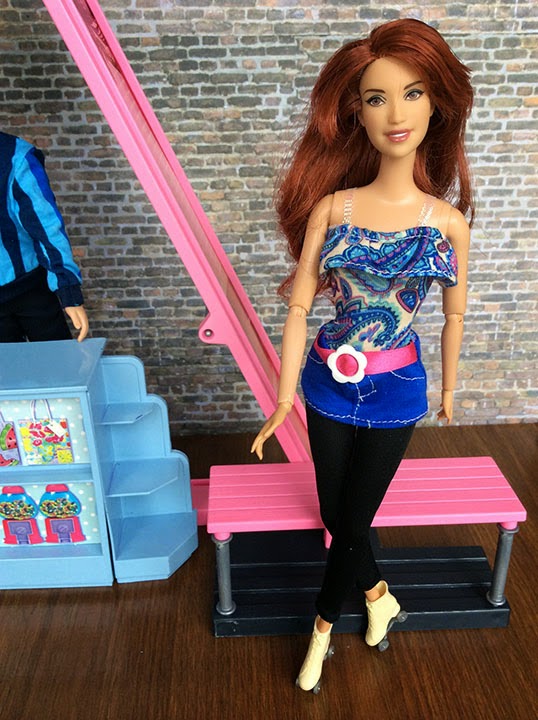 Saturday in the Park
Dolores was a Chic Boutique princess before she upgraded to a Mattel Flavas body. 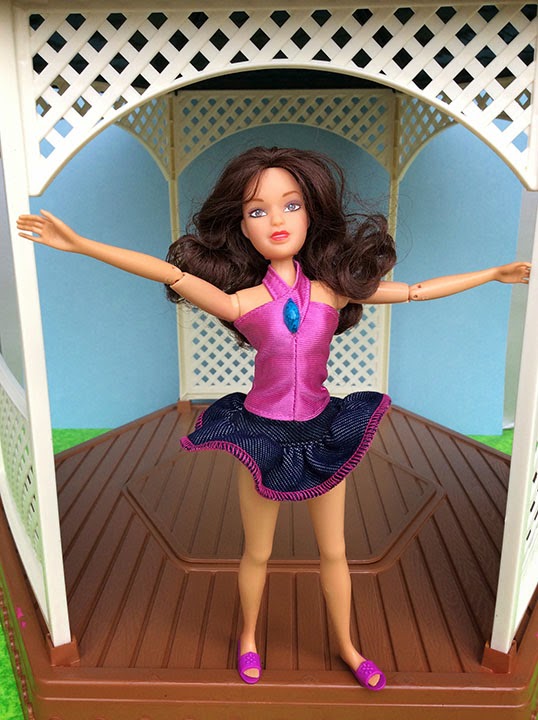 It took me a long time to find Aisha, the African American Winx doll.  I didn't like her original hairstyle so I replaced it with curly twists.  I also darkened her eyes and touched up her lip color. 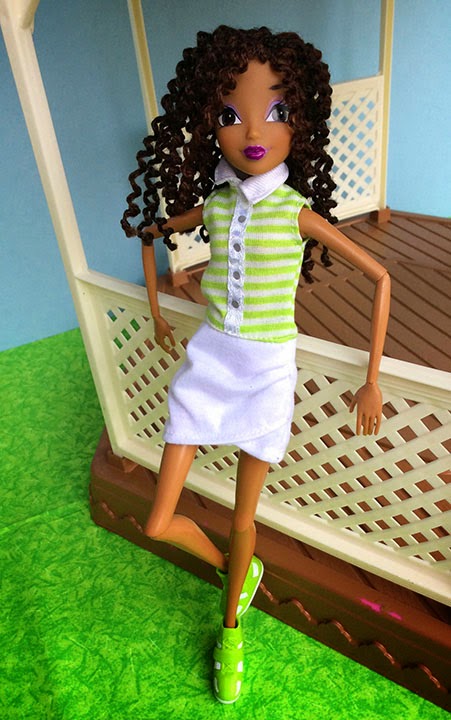 Hannah is a Stardoll upgraded to a Fashionistas body. 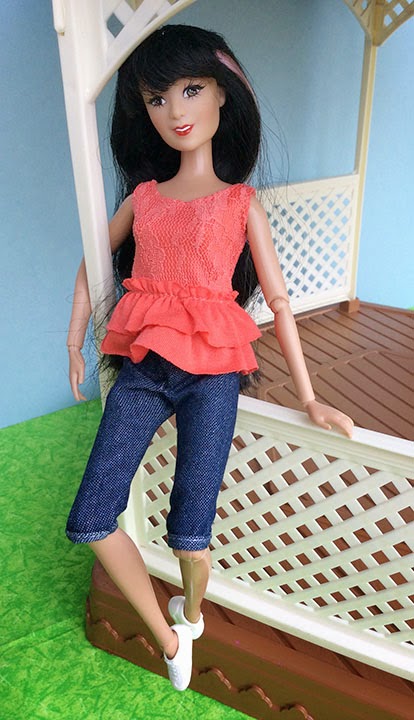 First I made this wrapped locks wig for my Queen of Africa, Azeeza.  Then I upgraded her to a Mattel poser body. 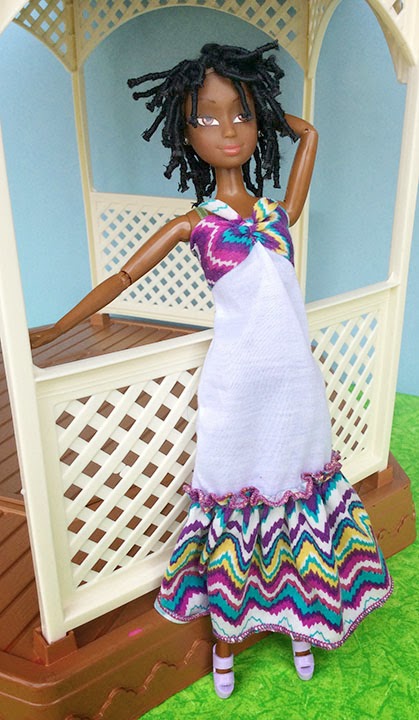 Meet and Greet Mixer
Aisha's mother is a professor at MIT.  She hopes to follow in her footsteps as a computer scientist. 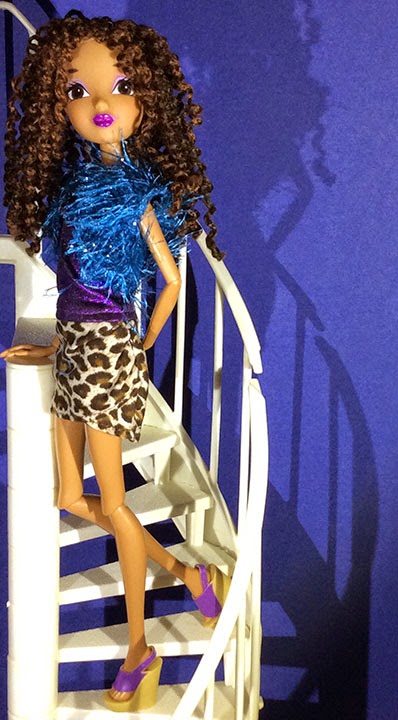 Hannah plans to turn her artistic flair to industrial design. 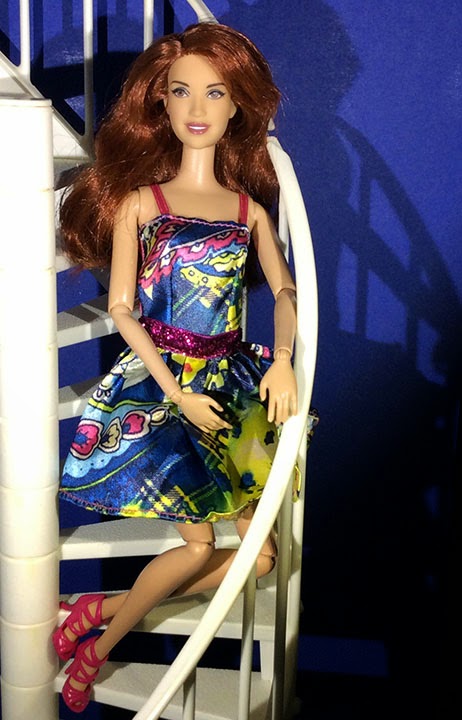 Dolores' favorite tio lost his legs in Iraq.  She would like to become a bio-medical engineer so she can design better prostheses for him and other amputees. 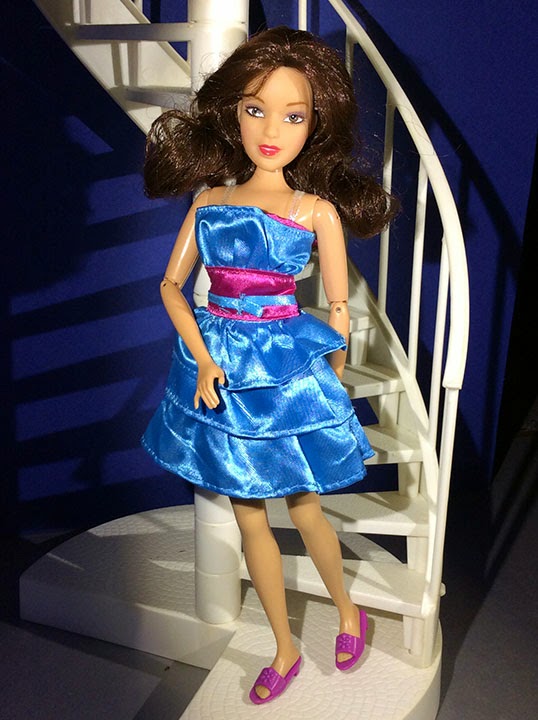 Nancy has wanted to be an astronaut since kindergarden so she intends to study aeronautical engineering. 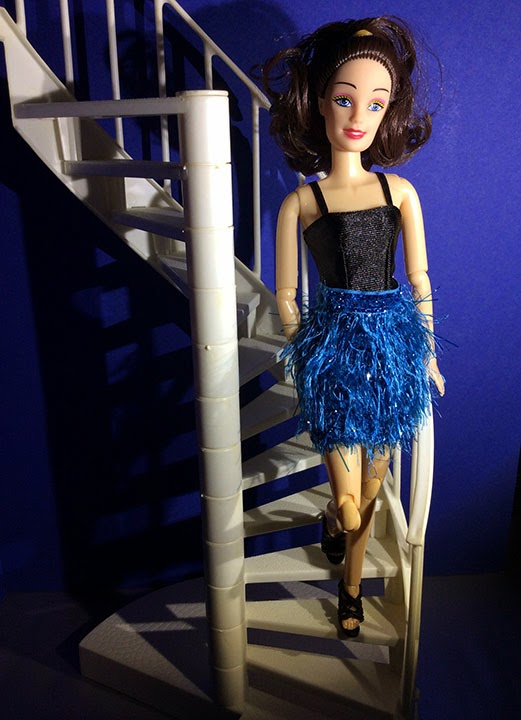 Since Mei Mei's favorite TV show is Crime Scene Investigation she's looking forward to a career as a forensic chemist. 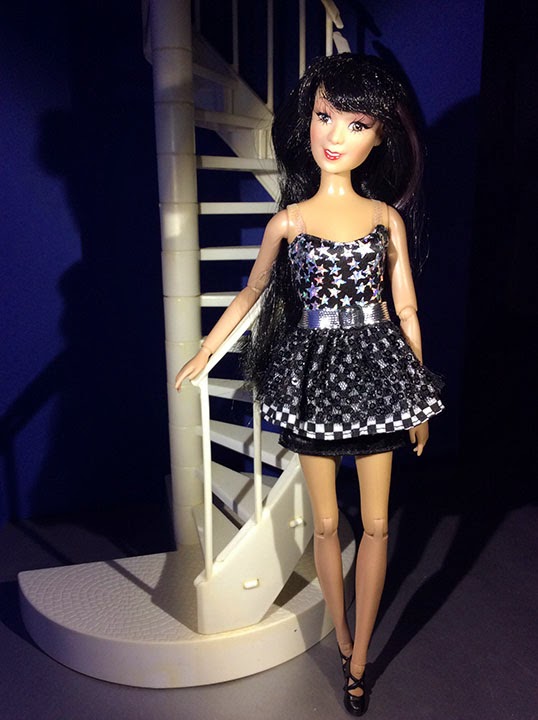 Azeeza has vowed to design better water systems for her native Nigeria as a civil engineer. 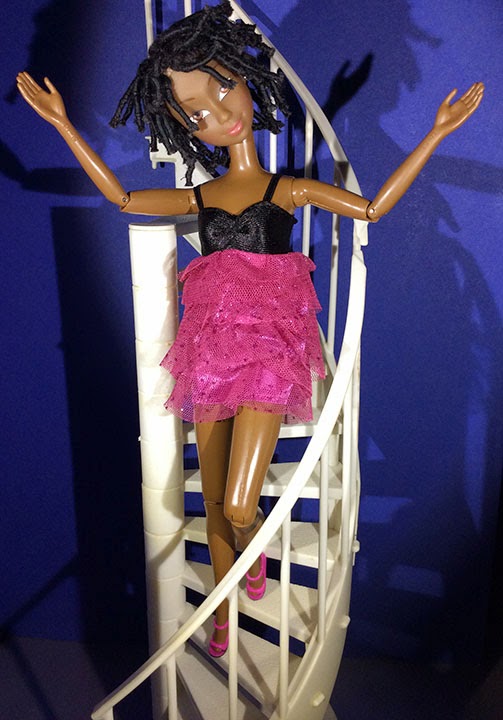 "We may be geeks but we've got sparkling style!"