In My Mind's Eye

Note:  This post is intended to stimulate adult discussion.  Please preview it before sharing it with children. 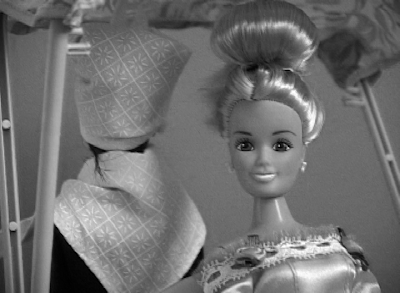 When I was growing up most of the dolls available for purchase where white and so most of the dolls I played with were white.  In my teens I wondered for a while if identifying with so many characters who didn’t look like me made me an oreo.

Sometime in my twenties I rediscovered a cassette tape of a doll story that my brother and I had acted out and recognized the characters as “black” because of the intonation patterns in their speech even though the grammar and vocabulary were all standard English.  At that point I finally understood that the white dolls had simply been placeholders that enabled us to imagine ourselves (our black selves) in various situations. 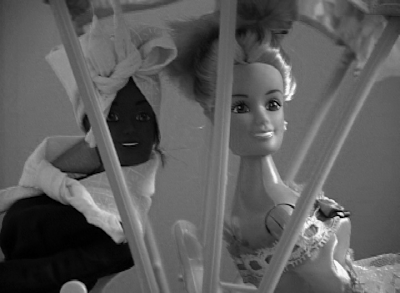 Placeholding and reader identification should not be confused.  Placeholding is an objective involvement; the reader rides along with the character, having the same experiences but accepting or rejecting the character’s actions, words, and emotions on the basis of her personal yardstick.  Reader identification is subjective:  the reader becomes the character, feeling what she or he feels, experiencing the sensation of being under control of the character’s awareness. (Page 32 “The Androgynous Reader:  Point of View in the Romance” in Jayne Ann Krentz ed. Dangerous Men and Adventurous Women Pennsylvania UP, 1992.)

Kinsale wrote to defend the romance genre against feminist critics who believed that “a female reader must identify with the female lead and so is in danger of modeling her own life after a character who might be submissive, passive, or obsessed only with romantic love and maintaining her virginity. (31”) 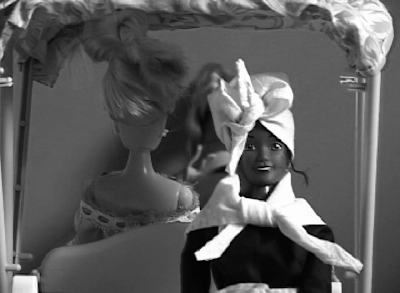 Cultural critics who don’t play with dolls have leveled similar charges against Barbie, arguing that identifying with a character whose physical proportions and lifestyle are not realistically attainable for most little girls can only warp their body image and aspirations.  Mattel has attempted to counter such charges by presenting Barbie as a role model in a wide variety of professions from astronaut to veterinarian and by promoting the slogan “We girls can do anything, right Barbie?”


If Kinsale’s distinction between identification and placeholding is applicable to doll play, however, then a popular bumper sticker may more accurately sum up doll enthusiasts’ motivations:

“I want to be just like Barbie, that b***h has everything.” 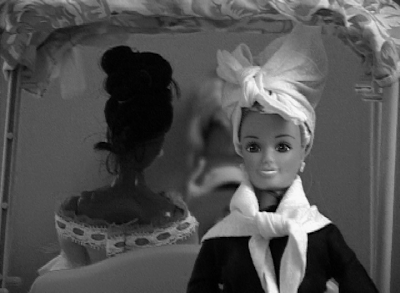 Kinsale suspects that “for a woman a romance may be a working-through of her own interior conflicts and passions, her own ‘maleness’ if you will  (39).”  Similarly, as a doll enthusiast, playing with figures that don’t always match my own outward appearance and/ or socio-economic status offers opportunities to work through interior conflicts and passions that I cannot or have not yet found the means to express and resolve in my day to day life. 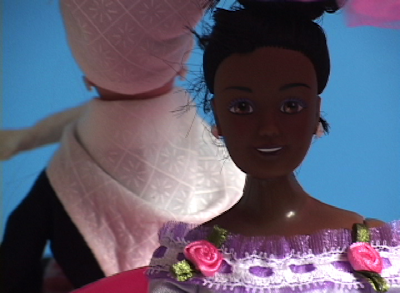