The Fly in the Buttermilk part 2 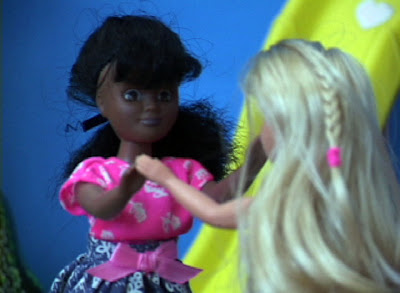 Like Letty in the preceding post, I was usually the only black girl in my class. The racial scars I carry from that experience come primarily from running up against the privilege that enables people identified with mainstream culture to ignore or deny the validity of other points of view.  I actually did get into arguments because I knew the story of “The Signifying Monkey” and I insisted that the elephant rather than the lion should be the king of the jungle.  “The Fly in the Buttermilk” therefore represents my take on “The Wonder Years.”

I believe there is intrinsic value in stories like “The Signifyin’ Monkey” that viewers won’t get from anything on TV.  Further, I believe that knowing stories like “The Signifyin’ Monkey” is what enabled Letty/ me to stand up for herself.  If the only stories I knew had been the ones that came on TV in the 1960s, I would not have had the psychological resources to “flip the script” on the Lorraines of the world.  When Lorraine calls Letty a “monkey,” there are definite racial undertones, but like me, Letty had internalized a positive image of monkeys because of the Signifyin’ Monkey story.  Better yet, the story teaches that a person with less power can win out over a more powerful bully through clever speech. 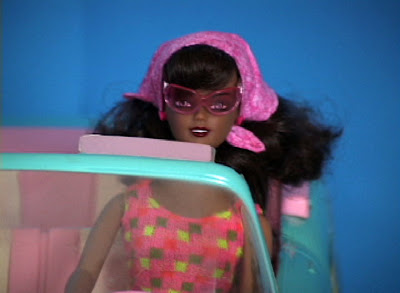 Mama was an off brand doll I picked up at K-Mart around 2004.  My parents made many financial sacrifices to send us to private schools so we had an old Rambler station wagon rather than a snazzy Chevy convertible when I was small.  Although my mother wasn't able to indulge her penchant for luxury cars until later, she often wore Grace Kelly style scarves. 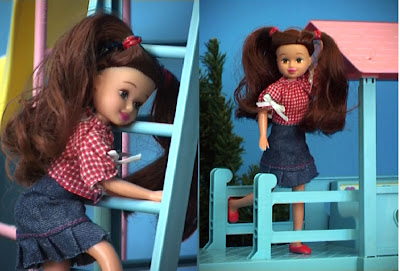 Cindy befriended me in 1968 when I single-handedly integrated Ravensworth Elementary School in Fairfax county Virginia.  We didn’t live in the neighborhood but my mother taught at the school so she got permission to enroll me in the first grade there.  There were some little boys who called me the N word on the playground but I didn’t encounter any other racial issues.  I have much more vivid memories of eating tuna fish sandwiches on play dates at Cindy’s house.

Lorraine was my nemesis in the first grade.  Our teacher believed we didn’t get along because we were both bossy.  I didn’t like to think of myself as bossy so I felt vindicated the day Lorraine got busted for copying my paper on silk worms.  I had previously attended a Montessori school where we had hatched silk worms as a science experiment so I was the resident expert on the subject. 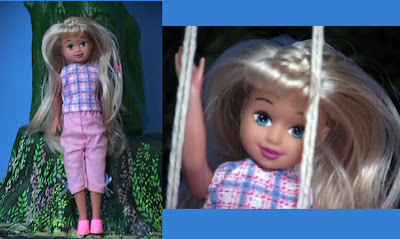 Judy was one of the prettiest girls in my second grade class.  We were also in Brownies and Girl Scouts together.  Since most families had two or more kids, everyone thought it was strange that she was an only child. 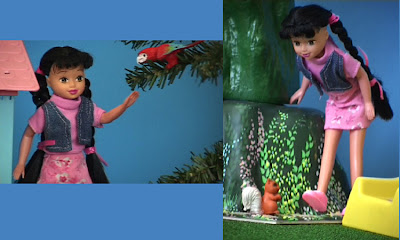 Angie broke her arm during this shoot, poor thing.  The real life Angie was an Italian American girl in my second grade class.  We got into trouble many times for talking and giggling during class.

Valerie was a heavyset girl in my class between second and fourth grade.  In those days there was usually only one fat kid in the class so Valerie got teased a lot because of her size. 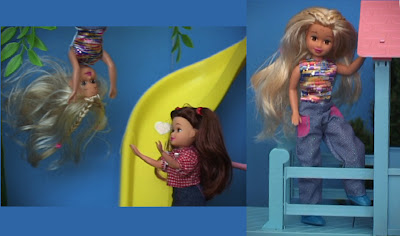 Margie was such a tomboy that even on the rare occasions when she came to school in a dress she wore jeans underneath.  She spent a lot of time drawing airplanes and swastikas in her notebooks.  We were in the same class in third and fourth grade. 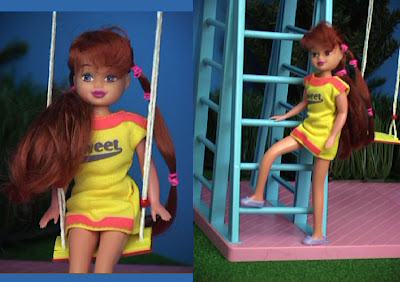 Mandy had interesting memories of playing ball in Moscow’s Red Square when she was a small child.  In real life she was not a sycophant like the Mandy in my story.  Also her hair was a darker red than the doll’s, more auburn.  I was invited to her birthday party when we were in the fifth grade and I was amazed that her cake was a series of train cars.

***
Storytellers adapt folk tales to meet the needs of different audiences in different circumstances so one important lesson I learned from African American oral literature was that any story can be re-interpreted.  Thus Letty takes the Little Black Sambo story and uses it to ridicule Lorraine’s pretensions -- “Well here, you can wear my shoes on your ears so you’ll be the grandest tiger in the jungle.”  In the Civil Rights era, Little Black Sambo was reviled as a negative representation of back people.  Helen Bannerman’s 1899 tale is shot through with the prejudices of British imperialism, which disparaged all non-Europeans as “black.”  American editions of the story included grotesque, minstrel-like illustrations rather than Bannerman’s original drawings, and American animated cartoon adaptations of the book were virulently racist.  Still, I grew up with that book because when it was banned from the library in the school where my mother taught, she brought it home.

I never felt that Little Black Sambo was a negative representation of people like me because I knew the book was set in India.  Bannerman used the Hindi word, ghee to refer to the pool of melted butter that Little Black Sambo’s mother uses to make tiger-striped pancakes at the end of the story.  Like the Signifyin’ Monkey, Bannerman portrays Little Black Sambo as a trickster figure who uses clever speech to outwit the tigers.  African American author, Julius Lester preserved this aspect of the tale in Sam and the Tigers, his anti-racist re-telling of Little Black Sambo. 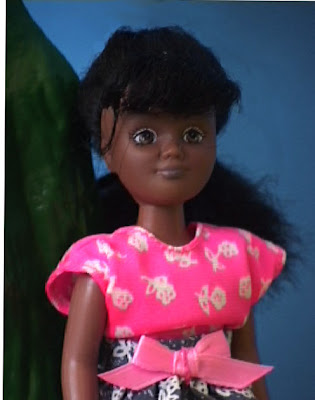 Letty was the flower girl in a wedding party I bought from Toys R Us in the early 90s.  Wal-Mart had all of the other girl dolls manufactured in China seven or eight years ago. 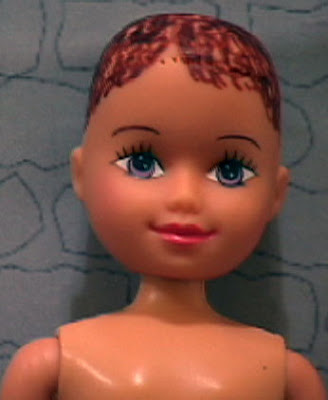 There were so many different blondes and redheads that I turned some of them into boys.  I designated the Angie doll as a Latina because of her dark hair and eyes but Wal-Mart apparently believed that adding a black doll to the collection would be as bad for sales as the proverbial fly in the buttermilk. 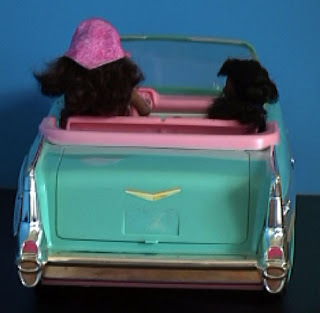 À Bientôt
Posted by limbe dolls at 8:48 AM