If you stick around until the final half hour of a doll show, you can often get good deals from vendors who don’t want to haul all the unsold merchandise back home.  I scored several NIB action figures for $3 this way at the Atlanta Doll Collectors’ annual doll show on May 5th. 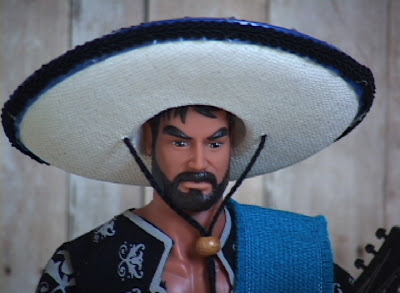 This figure was a rugged-looking mercenary with big guns and raggedy fatigues. 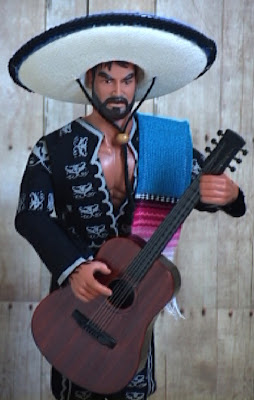 I thought he would do justice to the mariachi outfit that I bought in San Antonio, Texas back in 1997. 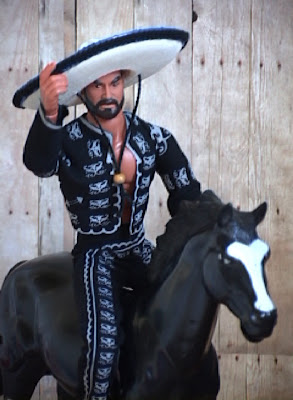 I had to open the sleeve seam to fit his trigger finger into the jacket but I think he wears it well. 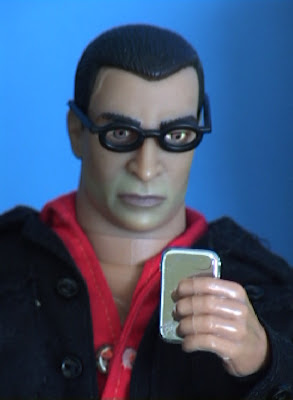 'Dolphe was part of 21st Century Toys’ WWII series dated 1999.  His fatigues and gear were remarkably detailed and well-made but I cast him as a computer geek who has stopped to eat his bento box lunch in the park.  I wonder how many text messages he has to review before he can enjoy his meal. 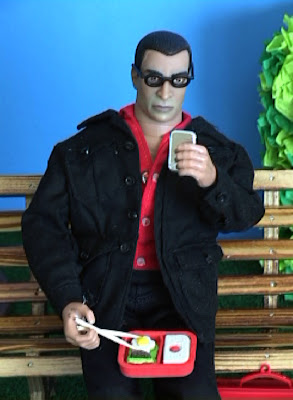 The vintage Ken shirt is almost too tight for his broad chest but I paid only .20 cents each for the shirt, jacket, and pants. 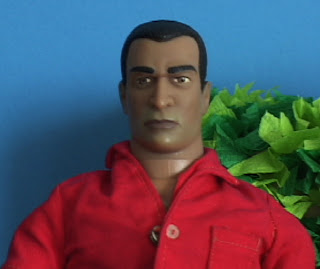 My ladies are already swooning over 'Dolphe’s smoldering brown eyes. 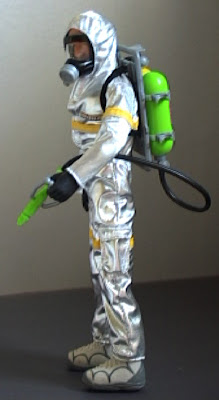 Most of the time I confiscate action figures’ weapons and military gear but I was very pleased to get this hazmat suit with an action figure I purchased NIB for $3 at the May 5th doll show.  I don’t have a name yet for the stalwart Power Team figure who is now modeling it. 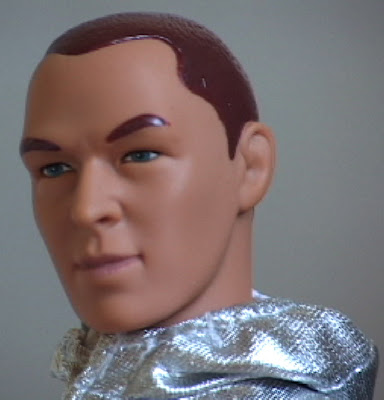 I found him in a bargain bin at the May 20th doll show.  Back in the days when Power Team figures were available in the stores, I always meant to buy some white ones but reducing the black man shortage was a higher priority so I was glad to get this fellow for $3. 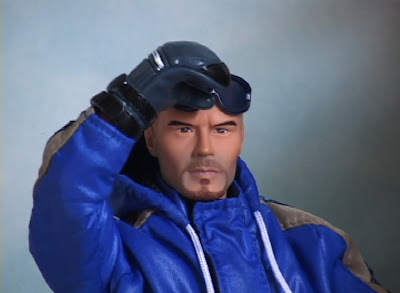 Here is another bargain bin Power Team figure from the May 20th doll show.  He didn’t have hands. 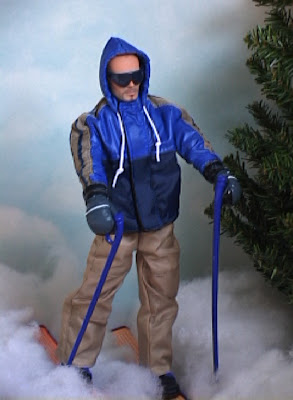 Fortunately, the snowboarding outfit that came with an NIB figure I bought at the May 5th show included a set of molded mittens.  I bought tons of these skis from Dollar Tree in 2005. 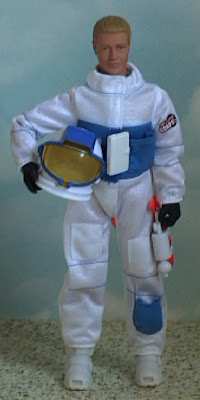 Another one of the NIB action figures that I got at the May 5th doll show was wearing this astronaut suit. 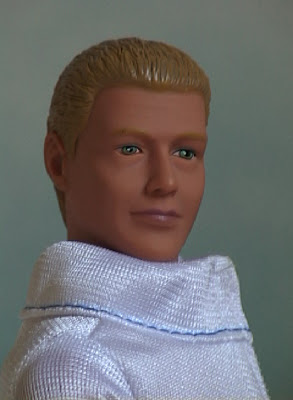 Lance, the present model, is a Power Team figure from the bargain bin at the May 20th doll show.

There are ten more ladies and five more guys waiting in the green room for their moment in the spotlight so stay tuned.