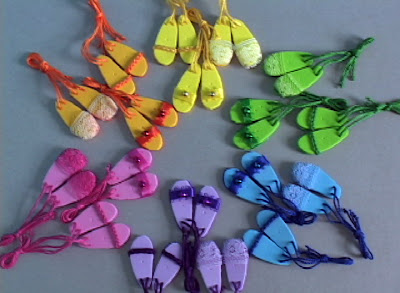 Supplying footgear for articulated dolls can be difficult.  I actually like Mattel poser bodies from the 1990s better than the Fashonista bodies, but since most of them were sold as cheerleaders, WNBA stars, and other athletes, they usually have flat feet.  Donor Liv bodies have jointed ankles that allow the doll to wear heels but the feet don’t fit standard fashion doll shoes so over the last month I have made about 8 dozen pairs of sandals!

All of my Latina actresses are now on articulated bodies. 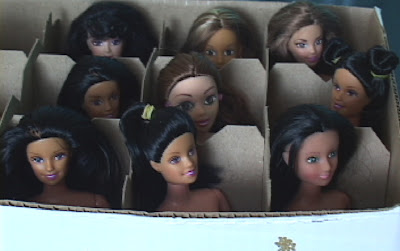 About 75% of the white actresses are also on articulated bodies. 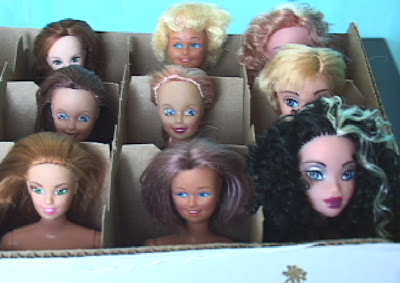 Upgrading the black actresses is a much more difficult proposition. 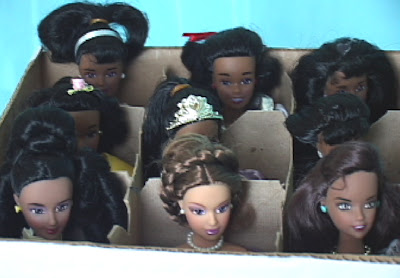 First of all there are fewer articulated black bodies available.  Making good complexion matches further complicates the issue.  I'm hoping that when the Prettie Girls come out, they will provide more upgrade options.

Here are five more of my starlets ready to strut their stuff! 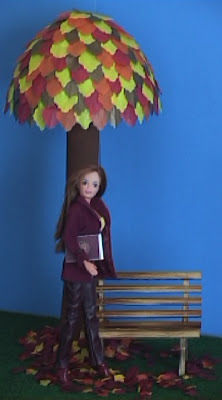 With her auburn hair and brown eyes, Miranda is a classic “autumn” in the Color Me Beautiful system.  Like her sister, Veronique, she was $4 at Big Lots circa 2005. 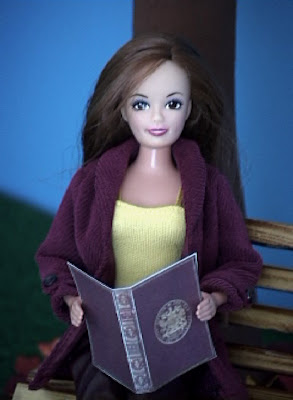 The corduroy jacket was probably a Kari Michelle fashion. 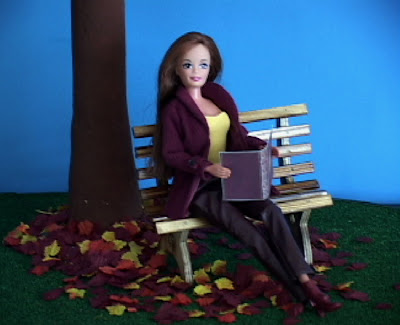 I paid $1 for it at the May 20th doll show.  I acquired the “leather” pants for .20 cents at the May 5th doll show.  The yellow top came with a Janay playline doll circa 2006.  Miranda has a small part as a servant in an upcoming episode for of "Playscale Crafting." 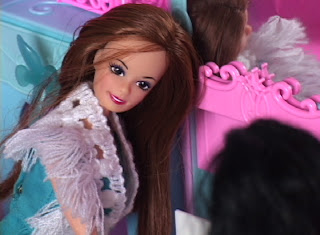 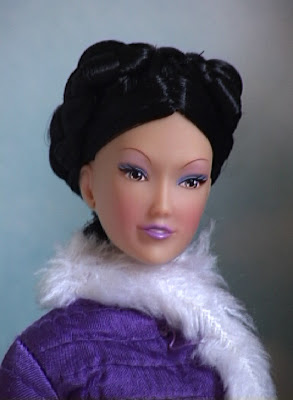 Around 2005 Integrity Toys made a series of Asian princesses for Sears.  I missed them when they were in the stores but got this one for $10 NIB at a doll show in November. 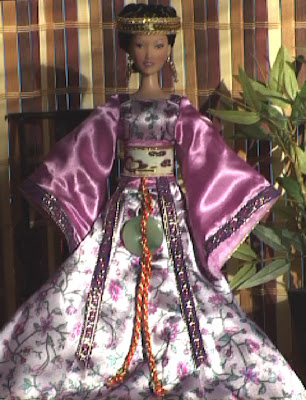 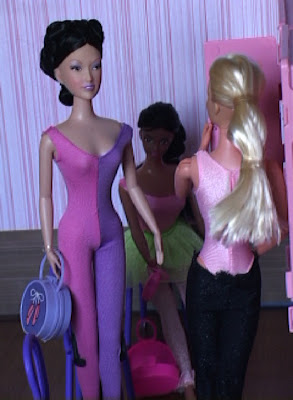 The quilted “down” coat is probably from the 1980s since it fastens with a metal snap. 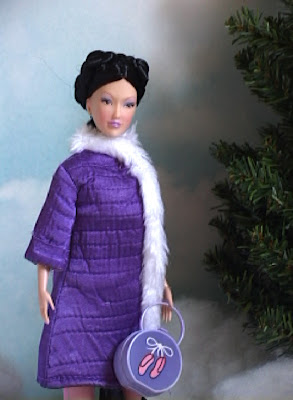 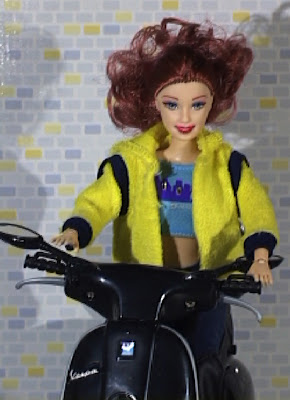 I bought one dozen doll busts at Dollar Tree so that I could display my wigs at the May 5th doll show. 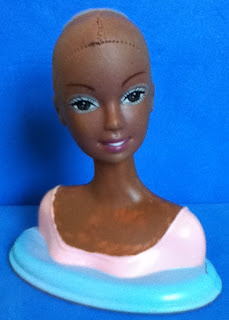 Of course I replaced the heads and painted the busts, but I was enchanted with Olga’s face mold and vivid coloring. 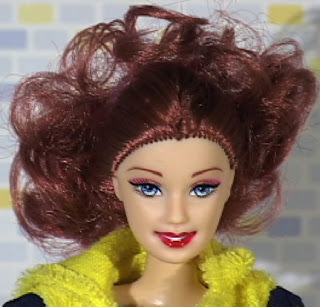 so she was quickly promoted out of the spare parts bin. 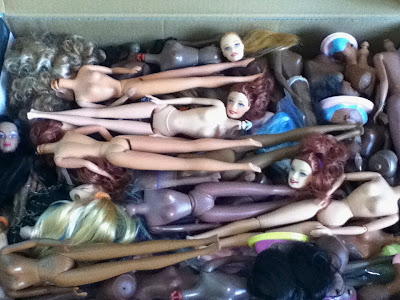 A nude Liv body that I purchased at the May 5th doll show became Olga's body donor. 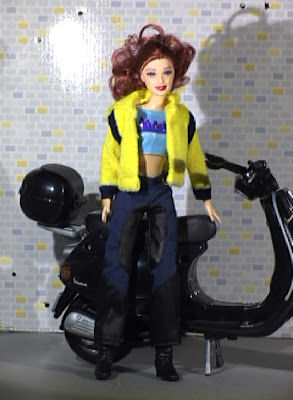 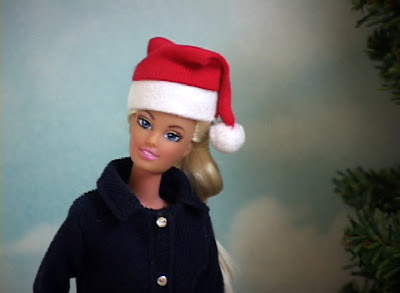 Arabella was originally a fairy princess from Toys R Us circa 2005.  She won the lead role in Arabella’s Dance, which I am hoping to publish as an ebook. 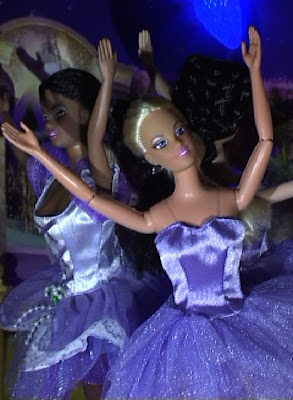 In this children's story, Arabella is a ballerina who travels to Africa to study African dance. 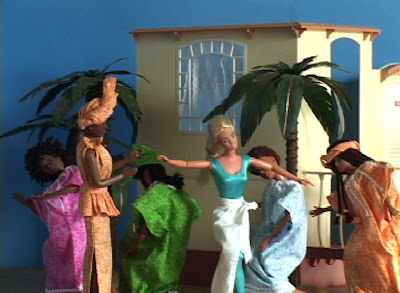 The navy corduroy coat is probably a Kari Michelle fashion. 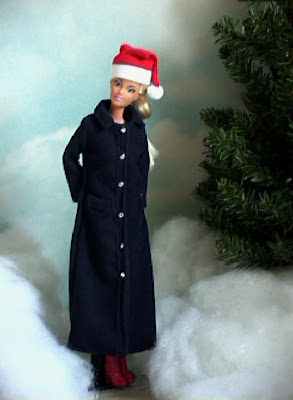 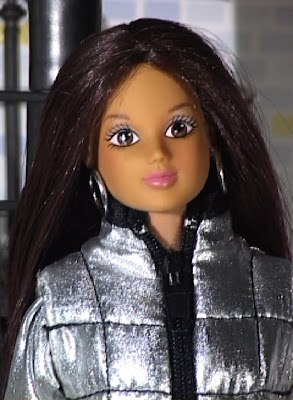 I found Lupe at Wal-Mart circa 2006.  She promises to be a versatile and long-lasting star like Lupe Velez and Dolores del Rio.  In the last year she has accumulated an impressive number of credits.  She started out as a lingerie model. 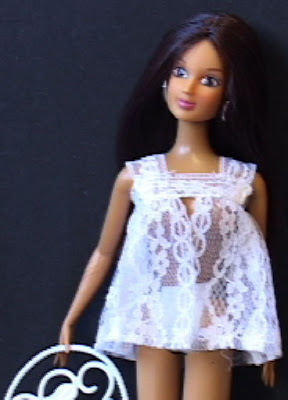 Then she won a small part as a party goer in “Firehouse #5,” 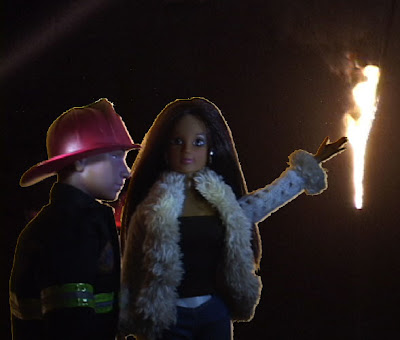 she played a student in “Homage to Léon G. Damas,” 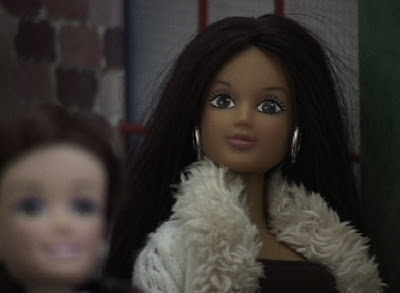 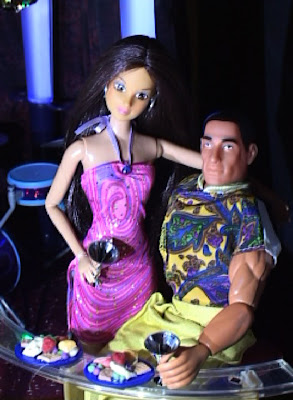 and worked with him again in some of my salt dough tutorials. 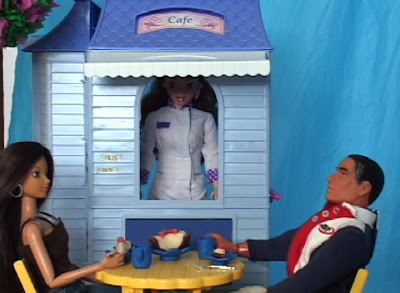 Lupe is on a Sporty Fashonista body that I bought on sale at Target.

The jacket and pants were .20 cents each at the May 5th doll show.  I believe the seller made them.  Amazingly enough, the jacket zipper really works!

Watch for "Casting Call:  Part 4" where I will introduce a papi chulo that I found at the May 20th doll show.  He is more than worthy of serving as Lupe's leading man!

À Bientôt
Posted by limbe dolls at 9:28 AM