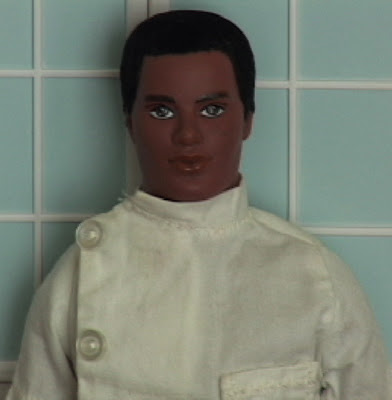 Cliff is an early precursor of Integrity Toys’ Tariq.  I paid $5 for him at the May 5th doll show because he was wearing a snazzy pin-striped suit. I decided he was more of a serious type than a gangster, however so he is modeling a lab coat that I got from the same seller for .20 cents. 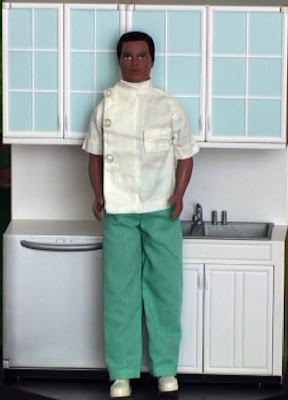 I named Cliff after my great grandfather.  They both graduated from Meharry Medical College. 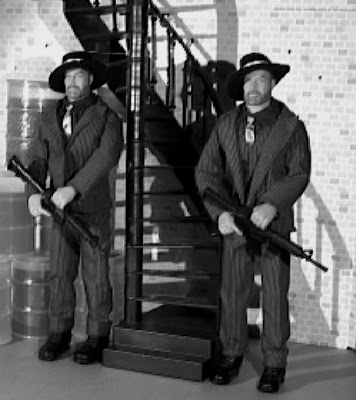 If you have business with the boss, you'll have to get past Pat and Mike first.  Pat is the studious type. 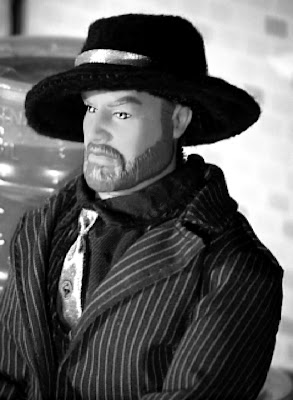 The boss is paying his way through law school.  Mike is a ladies' man. 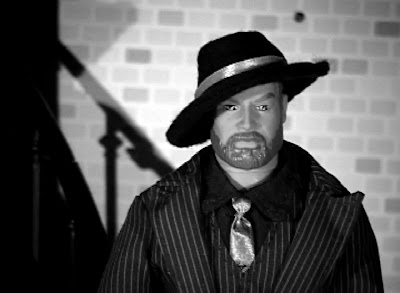 He insisted on the custom made fedoras which took the wardrobe department several weeks to complete.  These two were originally dressed in the hazmat and astronaut suits featured in "Casting Call:  Part 2."  One of the pinstriped suits was on Cliff.  The other was on a creepy looking G.I. Joe figure with a steel head.  Since the suits were designed for G.I. Joe instead of Ken, the sleeves are large enough to accommodate action figure hands. 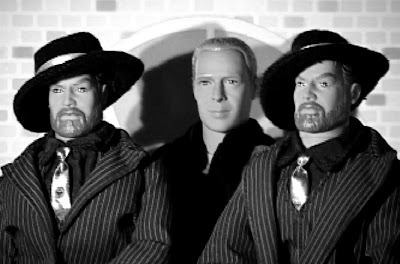 In this scene the twins are working as bodyguards for mob boss, Jerry Flanagan, another one of the Power Team figures I found in a bargain bin at the May 20th doll show. 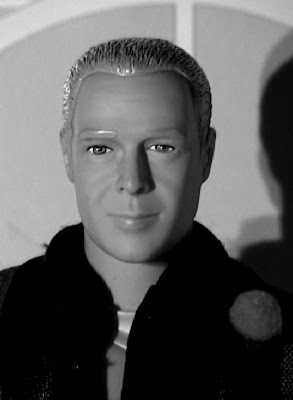 Jerry was nude except for these stylish wing-tip oxfords: 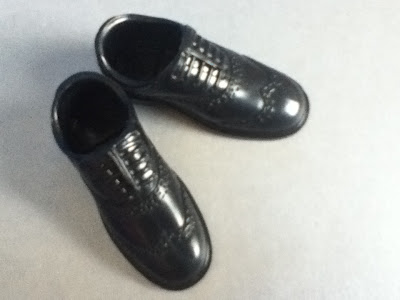 It's nice for the Power Team guys to have some options besides combat boots.

I was a little disconcerted that Jerry did not have hands but that turned out to be a blessing since the black shirt he is wearing has close fitting cuffs that would never have fit over action figure fists. 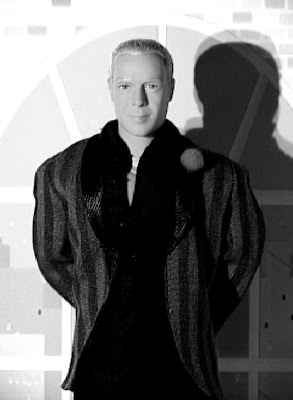 I got the jacket for $1 at the May 20th doll show.  Fortunately, I had an extra pair of the molded black glove hands for him to put on after he changed out of the costume. 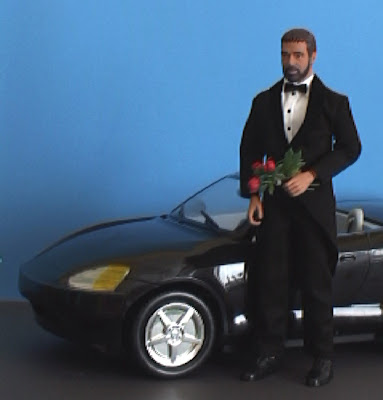 Imagine having this fellow turn up on your doorstep for a blind date! 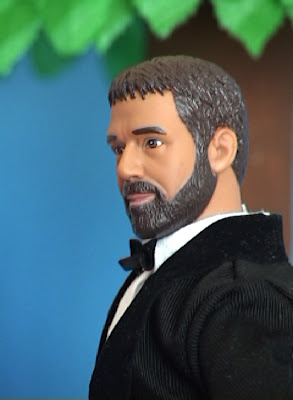 He is the best of the five Power Team figures I purchased at the May 20th doll show.  He was the only note of color in that bin. 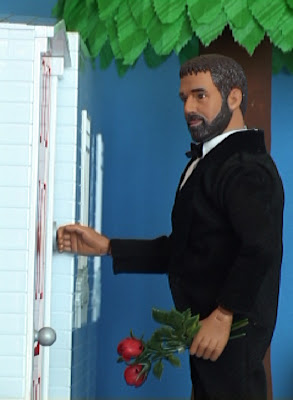 Better still, not only does he have hands, they are molded in a gently curved position that will fit through the sleeves of Ken fashions.  Thus he got to wear the tuxedo I bought at the May 5th doll show. 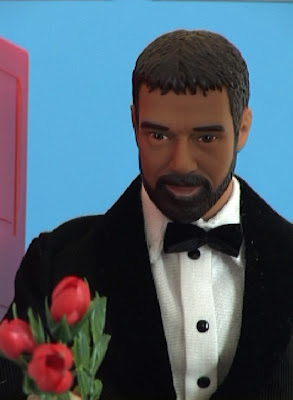 The last casting call will feature ladies in formal gowns that I acquired at the May 20th doll show.  They are all beaming "pick me!" vibes at Antonio but I think he has already spotted Lupe.