The Spice of Life: Part 2


Before the Recession, I bought a lot of Chic Boutique dolls.  I loved the faces, they had well-made ballerina, fairy, and mermaid costumes, and they had sturdy “twist and turn” bodies.  Not only did their knees bend, their arms could extend to the side in addition to swinging forwards and back.


I bought this Chic Boutique doll last year but she was on a hollow plastic body with stiff legs.  For now Andrea has upgraded to a pre-Recession twist and turn body until I can find an articulated body that matches her complexion.


Andrea is wearing a gown that came on one of the dark-skinned Eloise dolls that I bought at Roses recently.


I was intrigued to see a gown this color and the décolletage is very daring so it presents an air of sophistication and elegance even though the cheap fabric is very stiff.
***

Joan was originally a ballerina or a fairy. 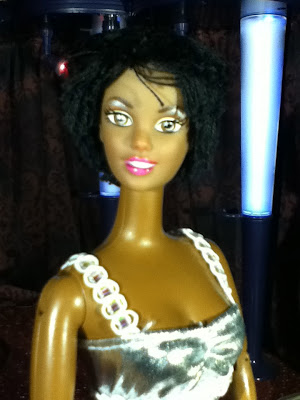 I can’t remember whether she came from K-mart or Toys R Us but I bought her around 2005. 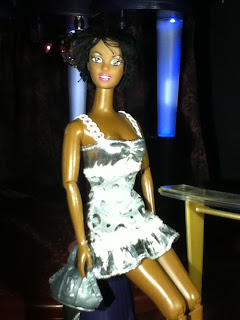 She had a sturdy “twist and turn” body with bendable knees and arms that could extend gracefully to the sides.  When I upgraded her to a flat-footed Mattel poser body, Joan was able to bridge the gap between classical and African dance in performance with Mama Busara’s African dance troop. 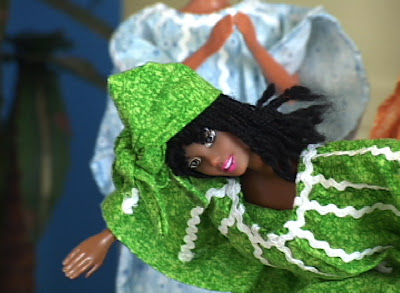 Her dress was one of four that came with a glass-eyed Dream Girl from Family Dollar. 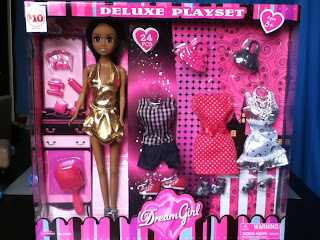 I didn’t think much of this dress until my ladies started trying it on. 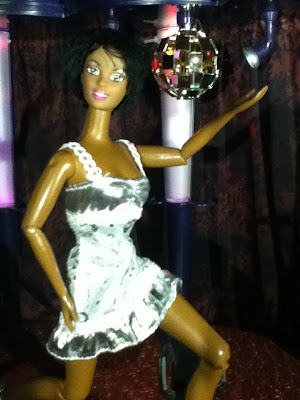 Something about the cut flatters every figure.
***

"Mama, is Mr. Guidry going to be my new daddy?"


Yvette Honoree was a Chic Boutique Southern Belle that I bought at Big Lots around 2005. 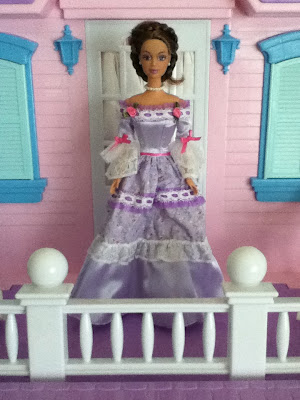 "I haven't even met him yet.  Your Aunt Suzette fixed us up on a blind date."


Yvette’s dress is from a Lovely Patsy fashion pack that I bought at Roses.

"I hope I grow up to be as beautiful as you, mama." 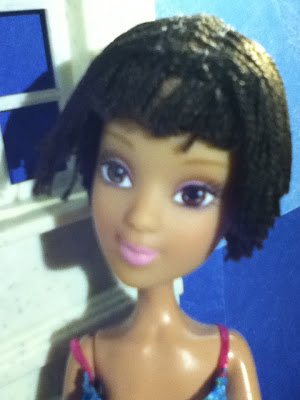 Yvette's daughter, Celeste was a Chic Boutique fairy that I got on clearance at Kmart around 2007.

"Of course you will.  We Honoree women are famous for being beautiful inside and out." 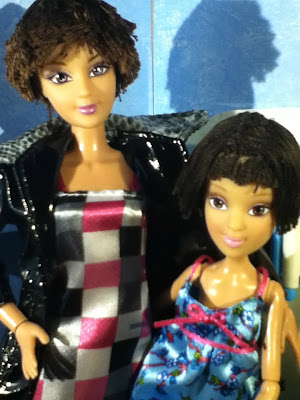 Yvette upgraded to a light-skinned Liv Alexis body and Celeste is on a Cleo de Nile body.  The jacket is a Kari Michelle fashion.
***

Djibrilla started out as an angel that I found in a mom and pop dollar store on the West Bank of New Orleans circa 2005. 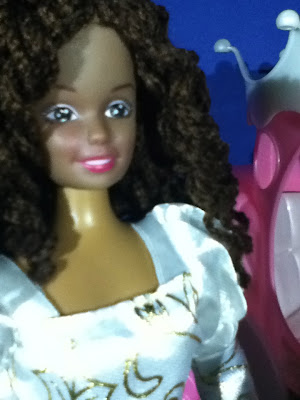 I was so thrilled to see black angels that I bought about a dozen even though I had to examine the entire stock to find that many with decently stitched costumes.  Djibrilla had a small part as one of the heavenly host in “The Guardian Angel.” 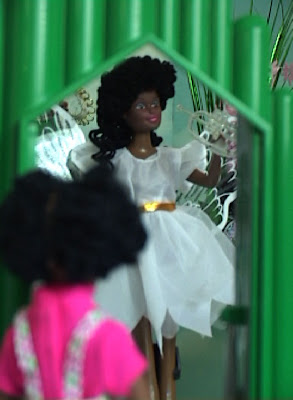 I have upgraded her to a sturdy “twist and turn” body with bendable legs.  Her original body had a large neck knob so her neck opening is too wide to fit any of the articulated bodies I have tried so far.  Her gown came on another dark-skinned Eloise doll that I recently bought at Roses. 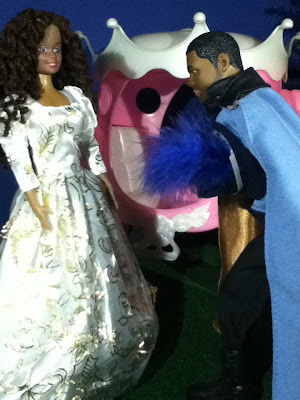 The gold print over skirt looks luxurious from the front but it does not cover the back of the dress.  Then again, one is not supposed to turn one’s back on royalty so maybe it was intended to be a court presentation gown.

Djibrilla will co-star in an upcoming romance. 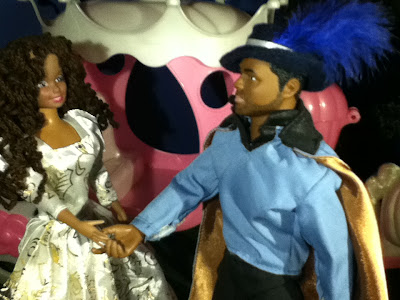 
I found Ms. Lou in a discount store a few blocks from my house in New Orleans circa 2005.  She was a bride with long, thick black hair.  I scalped her and fitter her with one of the first short dreadlock wigs I ever made. 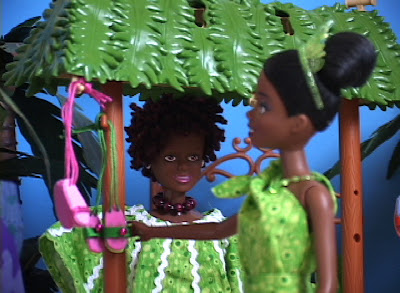 She has served as a market lady in many of my African scenes but she has so much character she can play any age and she can carry the bold leopard print on this Lovely Patsy fashion.

"Put down that remote, man!"


Ms. Lou was on a sturdy “twist and turn” body when I bought her but she has since upgraded to an articulated Mattel ballerina body that I found in a doll show bargain bin. 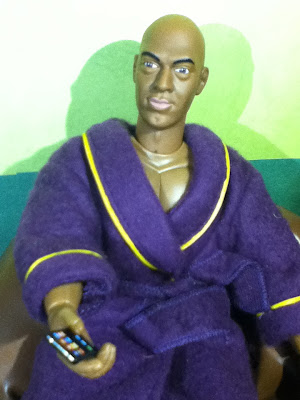 Looks like Ms. Lou finally got her husband's attention.