I Was a Teenaged Franken-doll 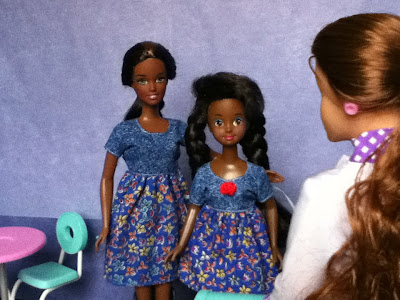 When I was growing up Barbie had black friends like Christie, Julia, and Francie but none of them had younger sisters so I was thrilled to find this black Skipper and her big sister in the early 90s.  Since then, however, ethnic youth have been hard to find in the play scale market. 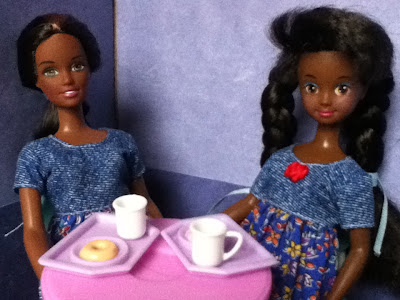 Thus I recently ordered Sashabella Paws with the intention of using her as a body donor.  The fact that the Bratz dolls don’t have feet has deterred me from buying more of them.  I was therefore pleased to discover that the Bratzillas MGA has produced in response to Mattel’s wildly popular Monster High dolls have articulated bodies and feet. 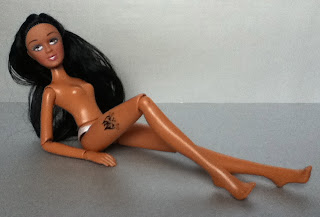 When I introduced Ximena in The Spice of Life:  Part 1, I thought she would be perfect for ingénue roles so I upgraded her to a Liv body.  Her youthful face and caramel complexion were the best match for Sashabella Paws’ body so I moved her and dropped her age a year or two. 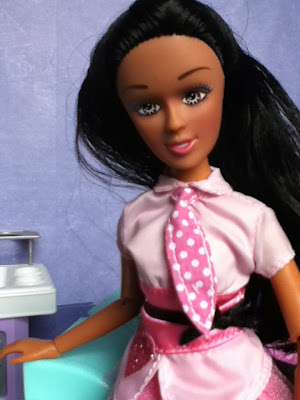 Meanwhile I had been admiring some of the Bratzillas fashion packs.  Here Ximena casts a Romantic Spell: 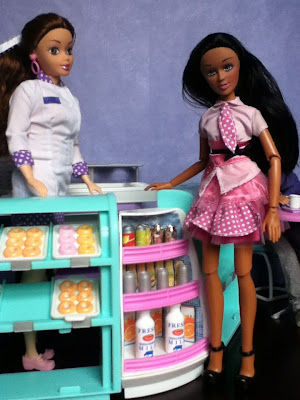 I thought my Monster High girls would enjoy these outfits since they can wear some of the Bratz dolls’ other clothes.  The Bratzillas, however, are bigger than the original Bratz. 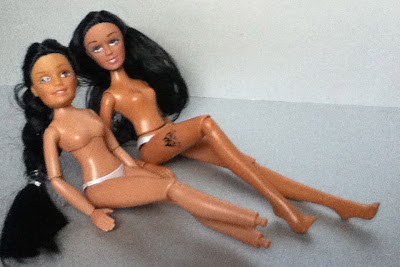 Bratzillas and Monster High dolls can trade shoes, however, which is a bonus for both sides. 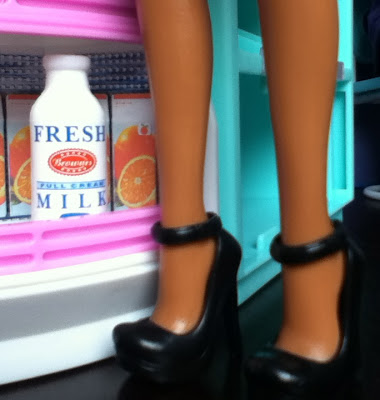 Bratzillas can also share some pieces with the Disney Fairies.  Except for the boots, this is the outfit that Sashabella Paws was wearing when she arrived. Spike must have slipped out of the house without her parents seeing her in this skintight micro-mini dress. 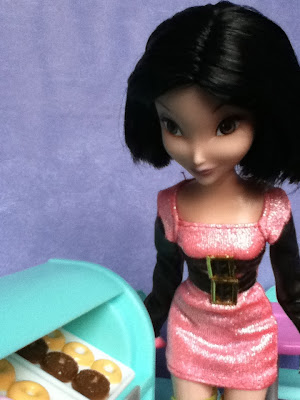 While I had been lamenting the lack of an Asian character in the fairy court, I recently learned that Disney hires Asian actresses to portray Silvermist in live performances.  Still I was pleased to find Spike in Toys R Us last month. 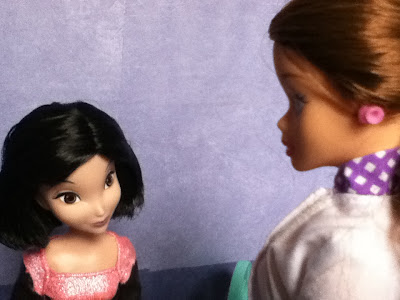 Spike has Vidia’s face mold but the character is supposed to be from the Ukraine. 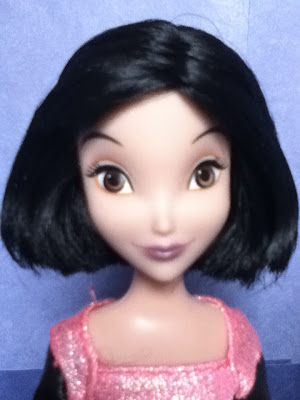 Maybe she is descended from some of Genghis Khan’s Mongolian raiders.

While I was modifying monsters I also swapped Celeste Honoree from a Cleo de Nile body onto a spare Howleen Wolf body. 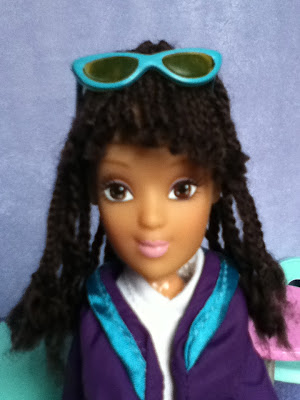 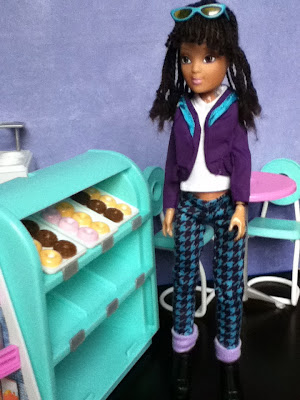 Celeste's mother has sent her to pick up a box of donuts to surprise her new beau, Mr. Guidry.  Yvette and Celeste Honoree appeared in The Spice of Life:  Part 2 back in September. 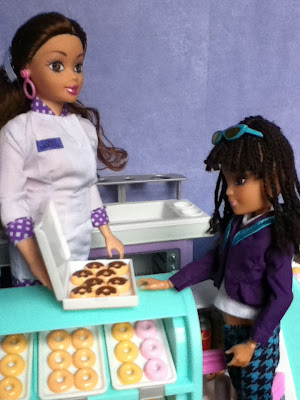 Last year MGA experimented with some fully articulated Bratz bodies.  I searched high and low for a brown-skinned articulated Sasha but could never find her.  This year I caught Bratz Catz Sasha at a good price during a Toys R Us on-line sale so I’m glad I waited. 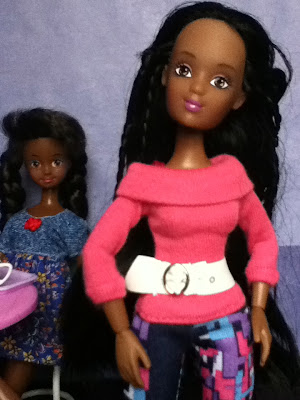 She makes a good body donor for this Chic Boutique doll who was a fairy when I bought her on clearance from K-mart circa 2006. 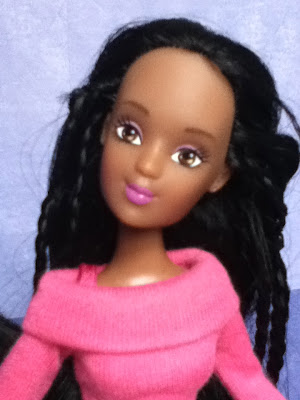 Her outfit came in a 4 pack of Bratz fashions. 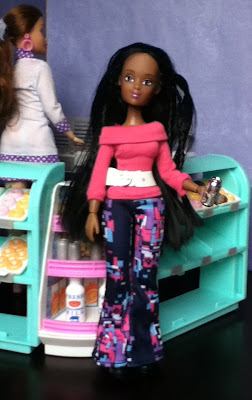 Her older sister was another Chic Boutique teen from Kmart: 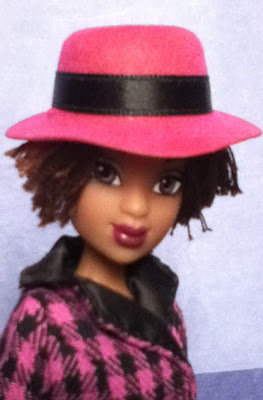 I haven't found a suitable upgrade body for her but she enjoys wearing this Bratzillas suit: 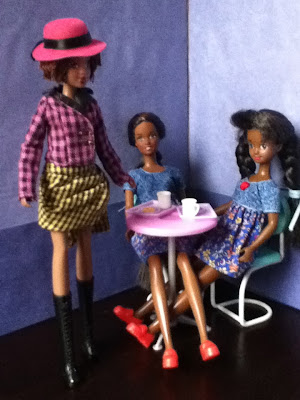 Now I know why teen Skipper's eyes are green -- envy. 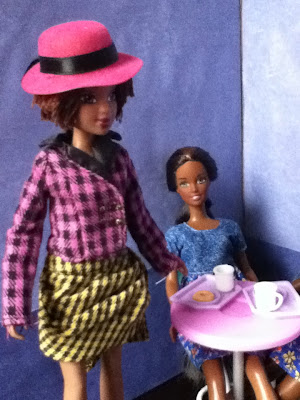 Gladys, however, is probably my most satisfying teen Franken-doll project. 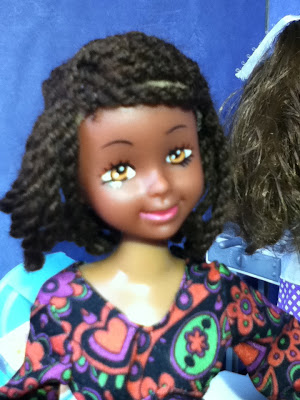 Over the years I have found a number of teen-sized clones at Family Dollar and other discount stores: 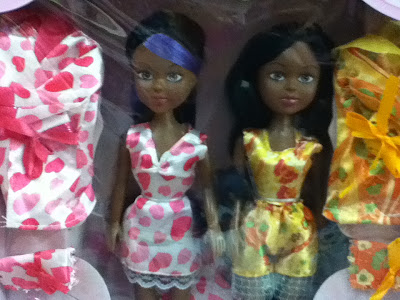 Unfortunately they all have enormous heads. 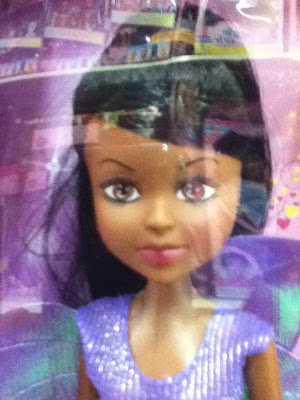 There were no child-sized heads to swap onto these bodies until this fall when Dollar Tree began offering brown-skinned teen fairies: 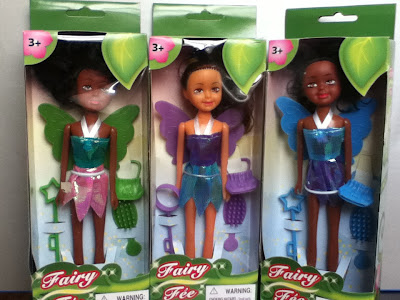 A few weeks ago I found these Glimma Girlz at Deals, Dollar Tree's sister chain:

So now Gladys has graceful arms with rotational shoulders and click knees. 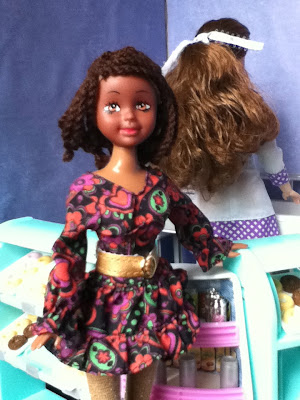 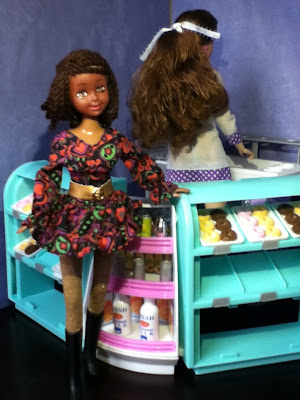 Maybe it wouldn't be as much fun if our ethnic doll families could just pull teeny boppers off the shelf.