I still have the stockings, 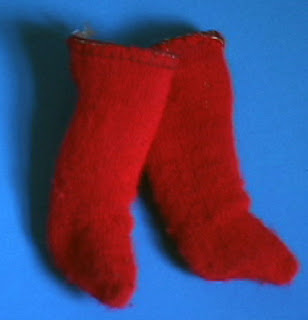 I still have the bloomers, 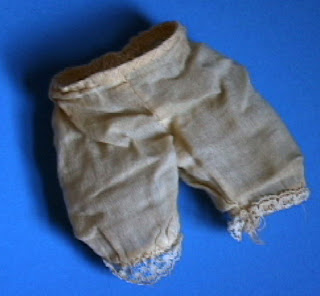 I still have the petticoat, 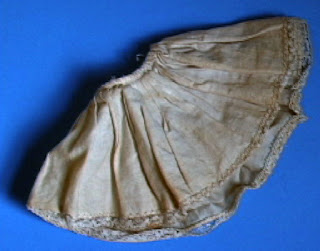 I still have the apron, 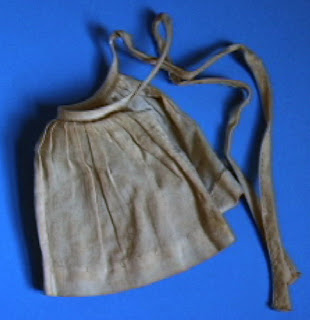 I still have my Dutch doll, 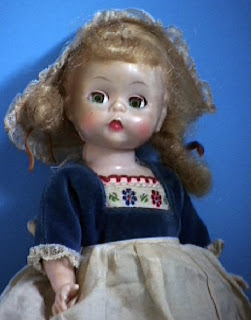 but best of all, I still have 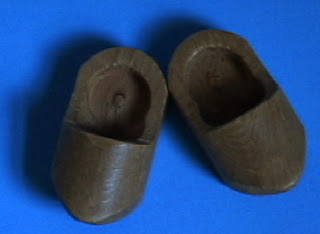 her wooden shoes!
“Duchess” was my first collectible doll.  I got her for Christmas in 1967 when I was five years old.  Some kids in my Montessori class had lived in Indonesia (a former Dutch colony) and they brought wooden shoes to show and tell one day.  I thought those shoes were the coolest things I had ever seen and I desperately wanted a pair.  My parents got me some wooden sandals, but it just wasn’t the same.  I figured if I couldn’t have a pair of wooden shoes for myself, at least I could have a doll that had cool wooden shoes.  I guess acquiring dolls who had accessories and lifestyle accoutrements that I couldn’t get became a habit!

Duchess was the mother of one of the central characters in our 1:6 scale adventures – Skipper Mason.  Duchess thought that girls should be “sugar and spice and everything nice” but Skipper wasn’t having it.  She got into all kinds of mischief with Greeny Guy, leader of the Be Bad Club (see previous post) and embarrassed her mother no end.

Skipper had two older sisters.  Janine was a Twist and Turn brunette Barbie whose hair faded to mouse brown when I washed it.  She had some problems with her hip joint and was therefore a semi-invalid most of the time.  The middle sister, Barbara, was another Twist and Turn brunette, but by the time I got her, I had sense enough not to wash her hair.  I just cut it to shoulder length.  Having a naughty little sister like Skipper made it very hard for her to enjoy any privacy on her dates with her boyfriend, Ken.

Duchess and her girls lived in a state of limbo waiting for Major Matt Mason, the head of the family, to return from his last space mission.  After we strapped on his jet pack and launched him one afternoon, we saw him hit the blinds but never found him after that.  I suspect our parents had something to do with his disappearance.  Maybe they thought he would break the window the next time we sent him into orbit.  I suppose I could track him down on eBay and hold a long awaited family reunion, but Janine is dead, Barbara is a grandmother, and Skipper was born after Major Mason disappeared so he was never part of her life.

Besides, at this stage of the game if I were going to buy a vintage Mattel astronaut action figure, I would get Lt. Jeff Long who was Major Matt Mason’s African American counterpart.  I never saw him in the stores when I was a kid but it was interesting to learn just now that he was exploring “the final frontier” a decade before Guion Bluford became the first African American from the U.S to orbit the earth in 1983. Cuban cosmonaut Arnaldo Tamayo Mendez was the first Hispanic and the first person of African ancestry in space.  In 1980, Tamayo and Soviet cosmonaut Yuri Romanenko traveled to the Salyut 6 orbital space station aboard the Soyuz 38 spacecraft.  After conducting a week of experiments during 124 orbits of the earth, the two cosmonauts survived a risky night landing near Dzhezkazgan.  Tamayo subsequently became the director of SEPMI (Sociedad de Educación Patriótico-Militar), the Cuban equivalent of the Boy Scouts.

I could not find a public domain or royalty free image of Brigadier General Tamayo, but here is a short You Tube video highlighting his achievements.  Though the text is in Spanish, anyone can appreciate the images.
À Bientôt