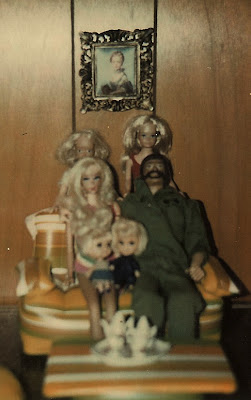 General Ivan Zacker (Adventure Team Talking Commander G.I. Joe) was the richest, most important man in our Barbie’s town.  He was married to Babette Dupont-Zacker (Talking Barbie circa 1969) and they had two children, Melissa and Burt (Little Kiddles).  Babette’s niece, Marilyn (Quick Curl Skipper) lived with them as did Ivan’s niece, Julie (Growing Up Skipper).  Sears sold this inflatable living room set in the 1970s. 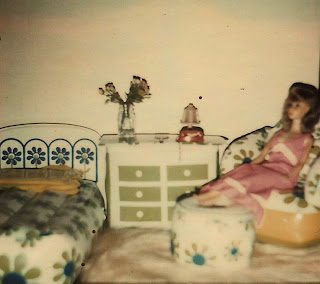 Sears also sold this inflatable bedroom suite.  My character, Barbara Mason (Twist and Turn Barbie) relaxes in the arm chair.  The shag rug was a piece of fake fur. 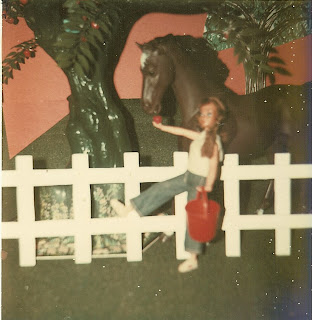 I asked for a Polaroid camera for my 13th birthday.  The lens didn’t have good close-up capabilities and for a kid on an allowance, the film was expensive so I usually only got one chance to capture the image I was hoping to create.  If only Photoshop had been available back then! 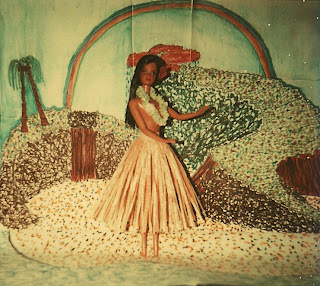 We had a day off from my all girls Catholic high school for a holy day of obligation.  I was so excited about my new Barbie from Hawaii that I spent the whole day drawing this back drop.


My parents gave me a French name and pushed me to study French because they wanted me to be a citizen of the world.  I made these costumes and took this photo when I was about 15 because I was fascinated with the extravagance of 18th century fashion and the court at Versailles. 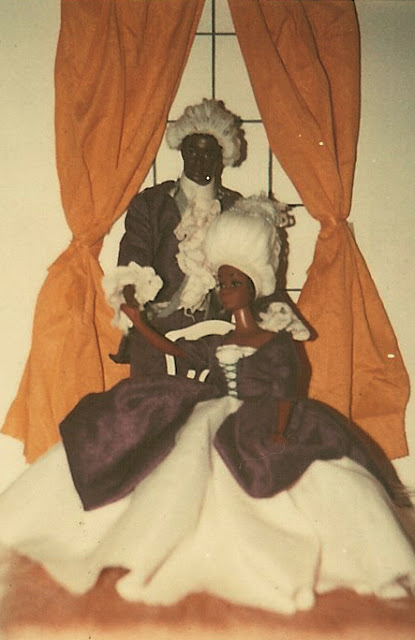 Later, while working towards my Ph.D. in French,  I realized that a lot of the money supporting that society came from sugar plantations in the West Indies.  So here I imagine Brad and Christie are the hero and heroine of a romance novel set in Saint Domingue on the eve of the Haitian Revolution.  Of course they sided with the enslaved and fought to extend liberté, egalité, fraternité to all.