"Do you feel as if the toy selection in stores can affect the way a child looks at the world (consciously or unconsciously)? If so, how? Do you think that it is important for children to have access to dolls that represent their race or ethnicity? Why or why not?"  Baby Beatriz Doll Project survey.
“Tu as des cheveux comme une princesse,” said my Haitian neighbors’ daughter, comparing my wavy, shoulder-length hair to the black mermaid doll I had just given her. 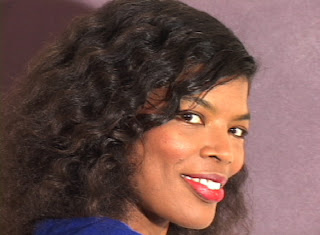 By her fourth birthday Aya obviously did not feel her own hair measured up to princess standards, and unfortunately, by the time she is old enough to appreciate Limbé, Leon G. Damas’ 1937 poetic reflection on black identity, she will have already internalized the idea that there are no princesses with kinky hair.

For the first day of school when I entered 3rd grade (which would have been in 1970), I wore my hair in an Afro.  I had to keep my hair rolled up on kid curlers (remember those?) all day and all night, but when my mother picked out my hair that morning before school.  I felt as fly as a Soul Train dancer and as foxy as an Afro Sheen model.  A whole day of little white boys chasing me and calling me “bush baby” burst my bubble, and I never wore an Afro again.  It wasn’t until the 1980s when I saw people paying serious money for Jheri Curl perms that I felt confident enough to let my hair “do its thing.”  The sad part is, I had what most blacks, many whites, and the Puerto Rican stylist who gave me this cute cut considered “good” hair: 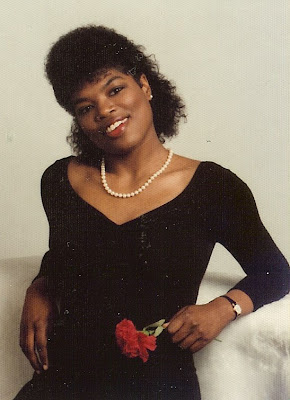 I just never felt my hair was “good enough” because it never grew long enough for me to sit on like my grandmother’s hair.

The images and cultural artifacts like toys that children are exposed to in popular media definitely influence the way they see the world and themselves.  I do not have children myself, but I have always kept a box of fashion dolls for my friends’ children to play with when they visit.  It breaks my heart to see beautiful little black girls digging through the box to find the doll with the lightest skin and the longest hair.  In fact, this upset me so much, I started customizing fashion dolls with afros, braids, dreadlocks, and natural hair textures several years ago.  Hurricane Katrina and a number of other life changes kept me from following through on my plans to market these products until now, but Vanessa Morrison’s post on Rohan, the D.J. from New Orleans has pushed me into unveiling my wig collection earlier than I had planned.

In honor of Odetta, folksinger and Civil Rights activist who was one of the first prominent African American women to adopt the “Afro” hairstyle, here is a selection of Afro hairstyle wigs I have developed for 1:6 scale dolls and action figures:

Please let me know what styles and colors are your favorites and what you would be willing to pay for handcrafted items that take up to six hours a piece to produce.  And in case you aren’t familiar with Odetta, here is a clip of her singing a traditional African American lullaby, “All the Pretty Little Horses” in 1957: