“You mean those folks have a name?  I thought they were just chinchy Negroes that didn’t comb their hair.” – Cousin Esther circa 1984

My Cousin Esther invited me to spend the summer after my first year in graduate school with her in Chicago. 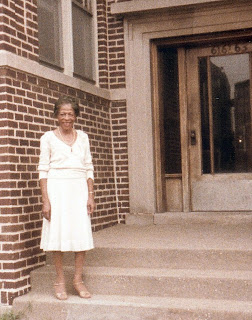 I took advantage of the opportunity to study dance at the Gus Giordano School in Evanston, and I absorbed a lot of womanly wisdom from my cousin who was then in her early seventies.  Cousin Esther had never heard of Rastafarians before, but when I gave her a copy of Bob Marley’s Kaya as a thank you, she discovered she loved reggae music!

Fast forward about twenty years.  I was seeing brothers and sisters wearing twists all over New Orleans so I started making twist style wigs for my dolls.  Then, as so often happens, the dolls influenced me.  I washed my hair one Sunday afternoon and decided to try styling my own hair in twists. 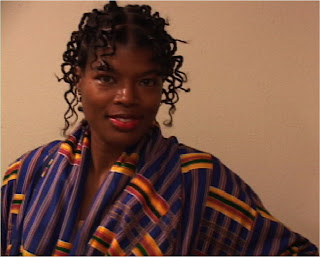 In Hair Story:  Untangling the Roots of Black Hair in America, Ayana D. Byrd and Lori L. Tharps explain that in traditional African societies,  “communication from the gods and spirits was thought to pass through the hair to get to the soul” because “the hair is the closest thing to the heavens” (4).  I wore my hair in this twist style inspired by Oya, mistress of the whirlwinds, for most of the summer of 2005.  Little did I know she was “riding my head” because she and Yemaya (mistress of the sea) were cooking up a little surprise party for August 29th!

In honor of all the natty dreads who showed us how to appreciate the natural textures of black hair, here is a selection of dreadlock hairstyle wigs I have developed for 1:6 scale dolls and action figures:


Please let me know what styles and colors are your favorites and what you would be willing to pay for handcrafted items that take up to six hours a piece to produce.
À Bientôt
Posted by limbe dolls at 5:01 AM